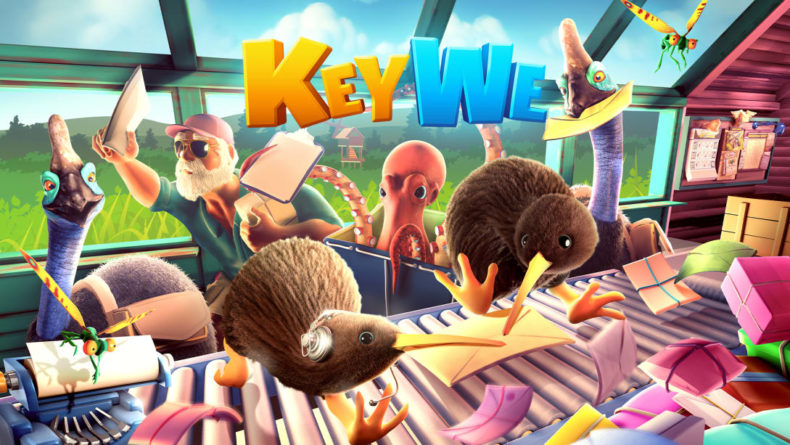 Last year I had my first experience with the Overcooked series, and was blown away by its always frantic and often hilarious co-op gameplay. After spending many an evening serving up a storm in Overcooked: All You Can Eat!, my partner and I have been looking for another lighthearted co-op game to play. Thankfully KeyWe is coming this August, and swaps cooking for postal work.

In the preview build we were given 6 stages to play, along with a couple of shorter score attack stages. Each main stage gives you a task to complete three times in order to beat it, with a time limit to add a little pressure. It might sound fairly simple to complete these post based at first. But you’ll soon realise that your Kiwi bird characters aren’t really built for the job.

In the first stage we were tasked with typing out 3 letters in a room full of small sections of keyboard. The letter we needed to write out the words were spread across the level. So we needed to forward plan what letters we’d type and shout madly to each other where to go next. Jumping and dashing about the stage to write out the stupid phrases was a really fun opening level. it also featured just the right amount of co-operation. 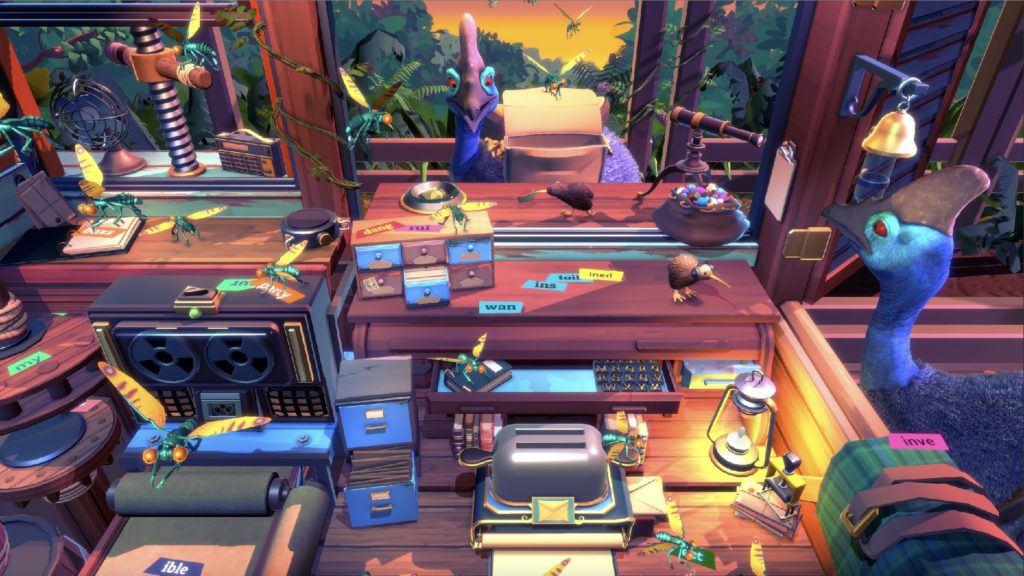 After a fairly simple introduction, the second stage expected much more synergy from us. First we needed to collect a disk, insert it into a machine and press the play button (located on the other side of the level). Then the message played, and we had to recreate it out of cut up pieces of words scattered all about the much larger environment. After making this mad ransom note we had to give it to the postal dinosaur. Oh and that dino wouldn’t let me put it in their satchel unless my partner was feeding them fruit.

It’d be fair to say that the tasks in KeyWe aren’t exactly self explanatory. That said, you’re always given a practice run before the timer starts. It’s a nice way to ease you into the weirder elements of a stage, like using a magnifying glass to see who’s name is on a letter or using a crane to package up an anvil. 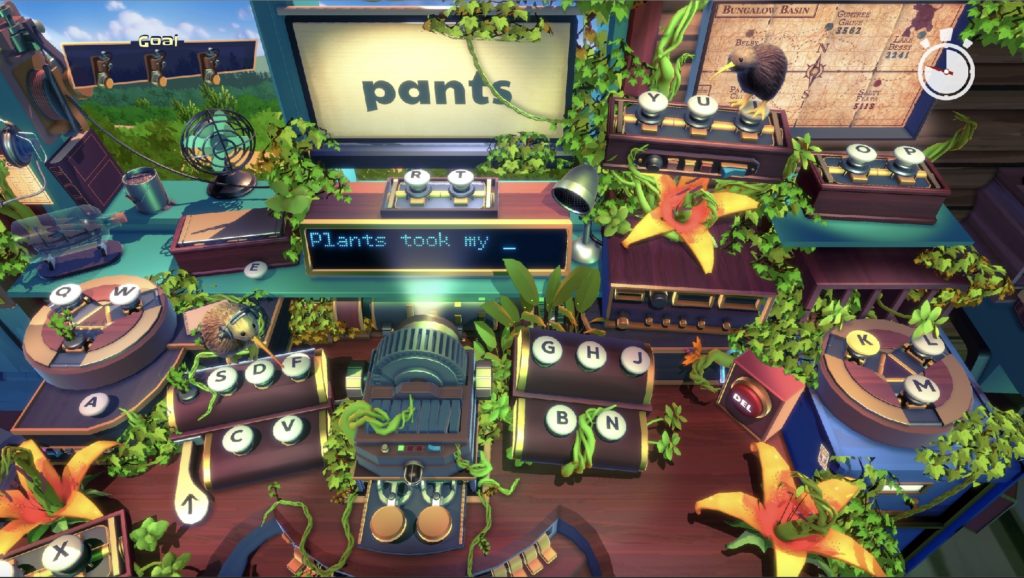 The first four stages were all easy enough for us to get a silver rank on our first time playing. The last two were taken from later in the game and really tested our skills. My favourite of these was essentially the first typing stage again, but with a mischievous plant causing chaos throughout. This villainous vine can snap off letters, hold down shift or delete, and even capture your kiwi in a flower until your buddy gives it a peck. I really liked the idea of taking a familiar objective and turning it into a botanical nightmare. So I’m excited to see what other twists come later in the game.

We jumped into the score attacks stages next, which were simple but a lot of fun. One involved feeding our dinosaur colleagues, and the other labeling boxes as they whizzed by on a conveyor belt. It was fun to rush around trying to get a high score, and a nice change of pace from the main game.

Getting the best rank in a level in important if you want to look stylish. Higher ranks give you more stamps to spend on cosmetics, with plenty of options to choose from. There are a selection ski goggles, hats, patterns and even a huge skull to wear, with even more options coming at launch. 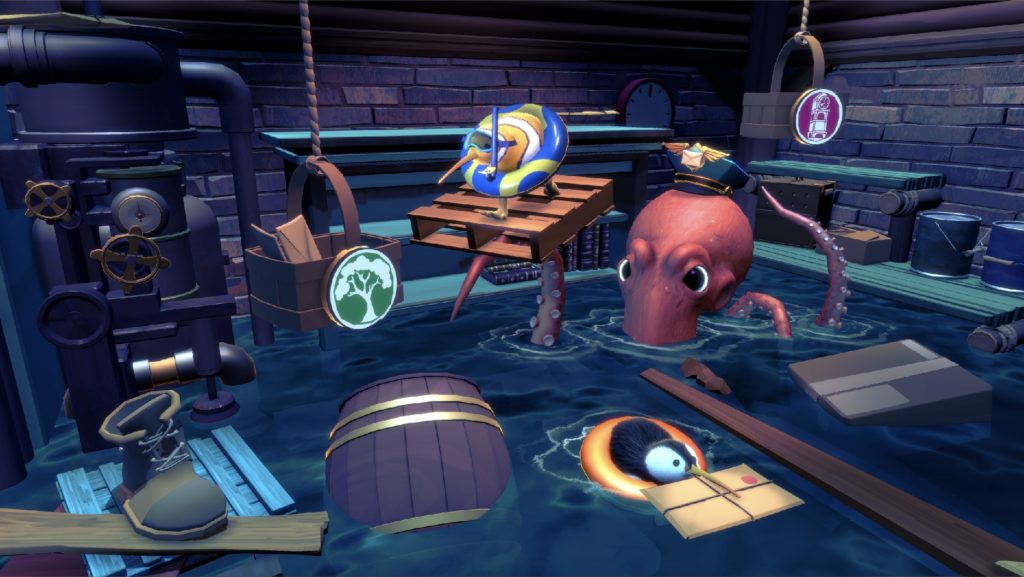 You can play KeyWe with a buddy online or locally with no issues. But there are also a couple of solo play options available. You can set a key to swap your character for sure. But if you’re a genius you can play both at once with different sides of the controller. It’s nice to have these options, but really KeyWe is best played with a friend.

I had no idea what to expect when going into KeyWe. But coming away, I was beyond impressed with this co-op caper. Being made for two people means it’s slightly less chaotic than its 4 player peers. It also has a unique postal-theme is very unique. After months of cooking together, I can’t wait for me and my partner to embrace our inner Kiwi later this year.