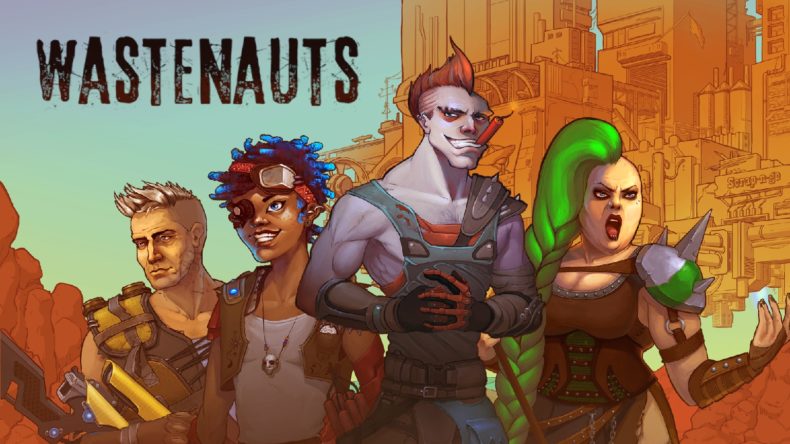 Fellow card fans might want to reach into their wallets, as co-op card game Wastenauts is ready to back now on Kickstarter. Coming to PC next year, this interesting spin on one of my favourite genres can be played with up to 3 friends for an intriguing cooperative experience.

“Hope you’re not afraid of heights, Divers! Today, developer Razbury Games has launched a Kickstarter campaign for Wastenauts, their award-winning co-op RPG card-crawler, set to launch for PC in 2022. Get yourself a crew, join the campaign, and help take back our home from bots and scavs!

Humanity has been chased off the surface by possessed machines and now lives in giant flying cityships, from where insane reckless brave salvage teams descend to gather whatever resources they can get their hands on: Divers!

Co-op as an additive experience: As long-time board and card game fans, we built this game to play with each other. That doesn’t mean you can’t go it solo – the party’s four characters can be controlled by one to four players.

An ever-changing wasteland: No two game sessions will ever be quite the same. You’re exploring – and fighting against – a location deck, and what goes into that deck, well, who knows?

Bring-your-own-game: In Adventure Mode, you craft the location deck. Stuff it full of monsters, or just put in a bunch of loot. Easy, hard, brutal – build the experience you want to play and then grab a few friends to share it with.”

From deck builders to CCGs, I’m always happy to try a new card game. I can’t think of many co-op games in the genre though, so this immediately has my interest as long as I can find someone to play with . Hopefully the Kickstarter campaign is a success, because I can see myself losing hours to it when it releases next year.