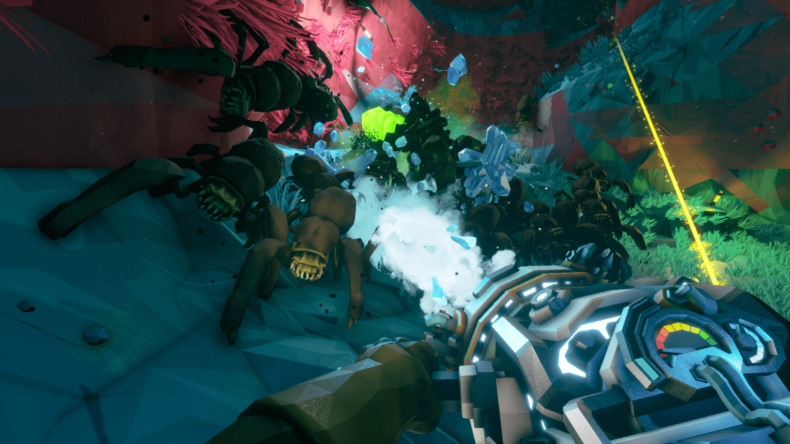 Coffee Stain Publishing and Ghost Ship Games today announced that co-op FPS Deep Rock Galactic has surpassed two million sales across PC and Xbox. Since launching out of Early Access in May last year, co-op FPS Deep Rock Galactic has gone from strength to strength, with sales figures tripling since 2019 and featuring at #1 on Steam’s best sellers list multiple times throughout 2020.

Across Steam alone in 2020, the game has had an average of 46,300 daily active players, with more than 300,000 people playing Deep Rock Galactic on Steam each month. Players have spent more than eight thousand real-life years mining for Morkite on Hoxxes since the game’s launch in 2018.

It is a founding principle of our studio that our games be co-operative not just in genre, but also in the way they are built. We have been open with our community throughout the entire development process. We are a small studio, but the loyalty and passion that our fans have shown has enabled us to create something huge. Deep Rock is very much an evolving game, and we are excited to reveal what we have in store for 2021, with many of the upcoming features inspired by the community themselves! 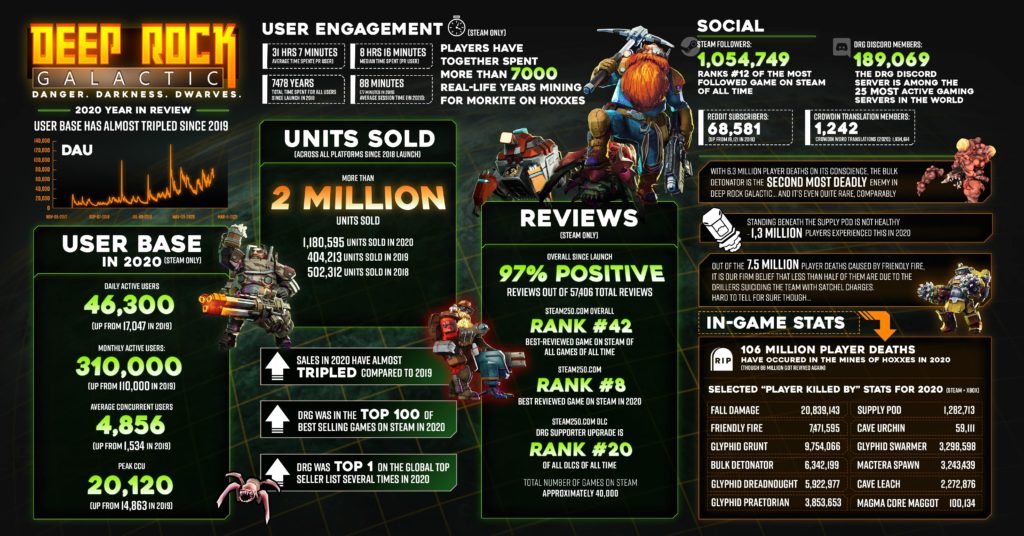 Deep Rock Galactic was quite barebone when it launched into Early Access in 2018. Since then, it has grown in scope, ambition, and quality. In doing so, Ghost Ship has proven what a dedicated team with a short iteration cycle that consistently listens to feedback and continues to push out new content can achieve. The results speak for themselves.

We loved Deep Rock Galactic here at God is a Geek, with it making its way into a few GOTY lists too. Its drive to add additional content and to maintain the community it has built just makes it more fun to come back to and play again and again. As such it’s no surprise to see such an impressive milestone be achieved. Here’s to the next 2 million!