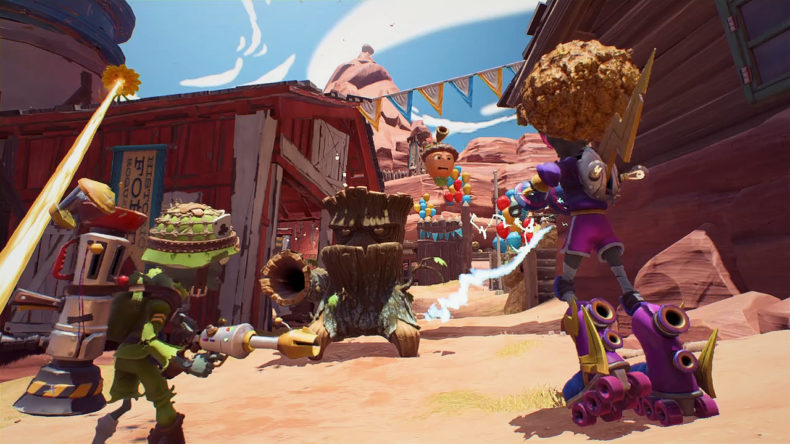 Following the recent announcement that Plants Vs Zombies: Battle for Neighborville Complete Edition is coming to Switch at last week’s Nintendo Direct presentation, we were fortunate enough to chat with Melvin Teo, Producer at PopCap Vancouver about the game’s arrival on the console. Melvin is an industry veteran, having been part of it for over 15 years. He’s worked on a wide range of AAA franchises such as Need for Speed, Battlefield, Star Wars Battlefront, and UFC. Now, as lead producer for Plants vs Zombies: Battle for Neighborville on Nintendo Switch, we were lucky enough to chat with Melvin about the upcoming release. We talked about incorporating motion controls into the game, the most rewarding thing about developing the release, and some of his favourite memories whilst working on the series.

It was a surprise to see the announcement that Plants Vs Zombies: Battle for Neighborville Complete Edition was coming to Switch, and I can’t wait to start playing PvZ in handheld with my two daughters. Ever since the game released back in 2019 for PS4, Xbox One, and PC, a Switch release was always something that was on the cards. “I think right from the very beginning when we first started working on Battle for Neighborville it was always something on the radar. We’re super happy we’re finally putting it onto the Switch platform. Everybody is excited.” With it providing new opportunities on a fresh console, Melvin filled us in on how the implementation of motion controls went during its development. 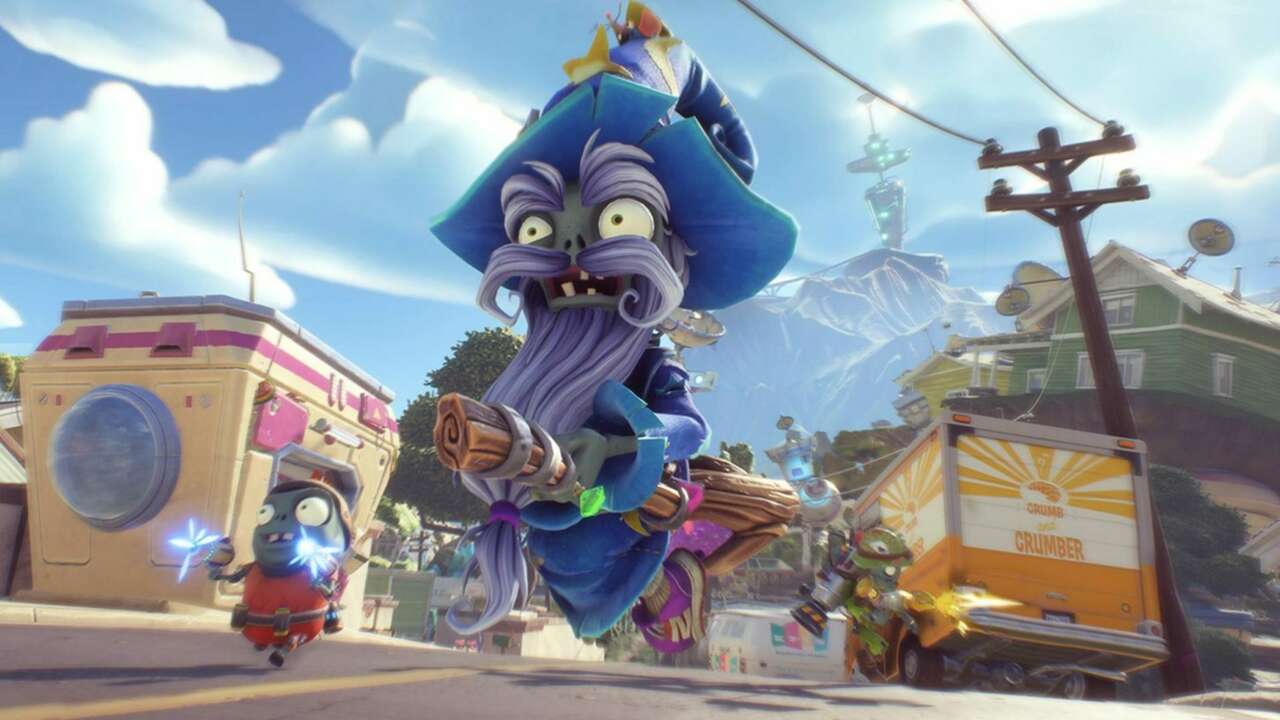 “The motion controls were interesting because it was suddenly a new area for many of us. Suddenly we’re the first Frostbite title on the Switch. That’s also new for us as a company in terms of understanding the pros and cons of the platform, and how unique it is. I think that’s what we did with the motion controls. We wanted to add as many settings as possible so users could tweak it to their liking. You could tweak exactly how sensitive you wanted it to be. We put some defaults on what we thought would be a good baseline, but obviously, players have their own play-styles and we wanted to support that. It went pretty good, and I think we translated it pretty well.”

Bringing any game to a new console is filled with challenges, but in most cases the rewards of doing so far outweigh the developmental headaches encountered during the process. Melvin was more than happy with how rewarding it was to see Battle for Neighborville running on the Switch. “We were really surprised how fresh the game felt when you played it in handheld mode. We’ve played it for years now, but the first time we had it up and running, and it was playable with a good framerate, we were really happy with how it felt. We haven’t had a PvZ game on a Nintendo console in a long time. We had PvZ on the DS, and that was about it. So to see a PvZ first-person shooter on the Switch was a real kick for us.”

Seeing how well it performs on Switch was also a great feeling for Melvin. “I think we were also surprised at how well performing the game turned out. Again, with the first Frostbite title, there were a lot of unknowns, like how much performance we could eek out the console. There were a lot of questions along the way like if we could get the 30 frames per second and a steady rate which we were shooting for without making the game look terrible. I’m quite happy with what we got to in the end. The game looks good and it runs really great. We wanted to make sure we retained the charm of PvZ – that’s a big thing for the franchise. I think we achieved that overall.” 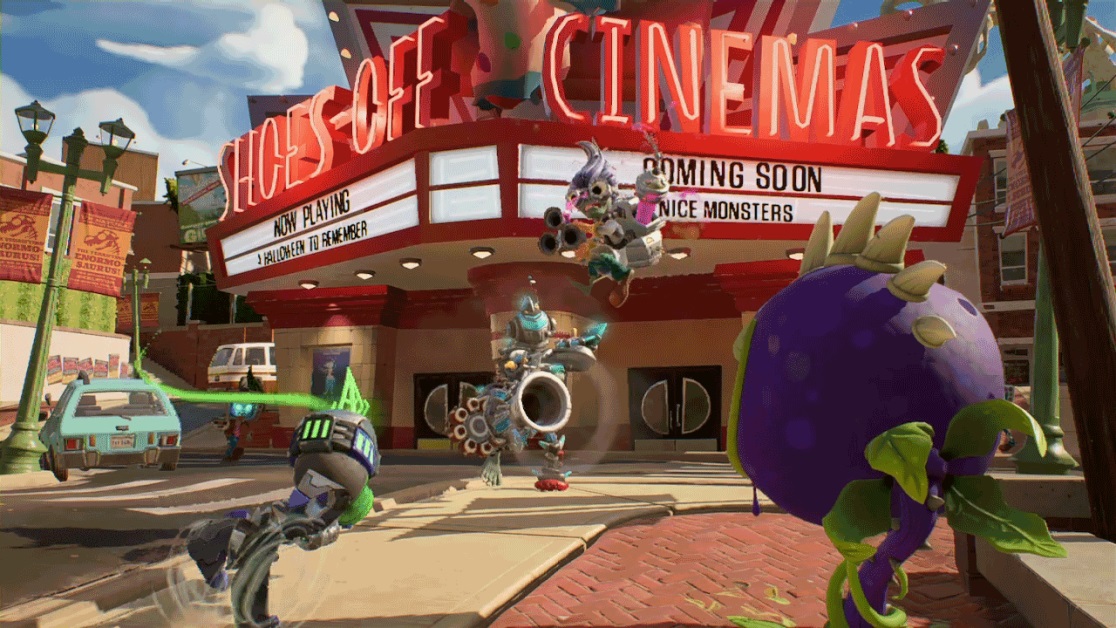 There will be many people who will have never played Plants Vs Zombies: Battle for Neighborville before, and with the impending release, it’ll mean a lot of new players will be introduced to the vibrant and quirky shooter. “Many players have never played a PvZ shooter because they are primarily Switch gamers, or only have a Switch. We’re excited to see new gamers play and have loads of fun. It’s a great family friendly game and great for kids. My kids love to watch me play whenever I’m working on it.” Melvin’s right. PvZ has a certain charm to it that brings families together, including my own. There are some beautiful maps, and the characters are pretty cool as well.

“I like all the nimble characters, so Night Cap is probably my top character. Running, create some chaos, a bit of stealth, then run away. On the zombie side, probably Imp, too. I gravitate a lot to what characters I like, even if they’re not the best characters. You do what you like, right?” I had to point out that my favourite character was probably Kernel Corn, not just because he’s a badass, but also because he’s got a fantastic name. When you spend a lot of time working on a game, there are always memories you cherish, or moments during the developmental process that stick out. For Melvin, it was seeing the fans reacting positively to the hard work PopCap Vancouver has put into Battle for Neighborville.

“I was involved on Battle for Neighborville on other consoles for about a year or two. I joined somewhat midway through the project, and I led the Switch team. I think it’s every time I look at a Reddit post, forum post, or article from real players, and I see a genuine reaction to how much they love the franchise – also YouTube videos as well. I think it is a special franchise because of how fun and quirky and approachable it is, and how it brings a smile to my kid’s faces. Every time when you go to the character selection screen and they show off their idle animation. My kids could watch that for hours. They love to watch the engineer shake his behind and do funny stuff. I think that’s the magic of the franchise, right? That’s what reminds me how games have such a profound effect, especially on the young and people who just want good entertainment. PvZ is just one of those games you can have a lot of fun with – it has universal appeal. It gives me inspiration every day. It’s very inspiring.”

Video games are cool. Don't let anybody tell you any different.
MORE LIKE THIS
nintendo switchPlants Vs Zombies: Battle for NeighborvillePopCap