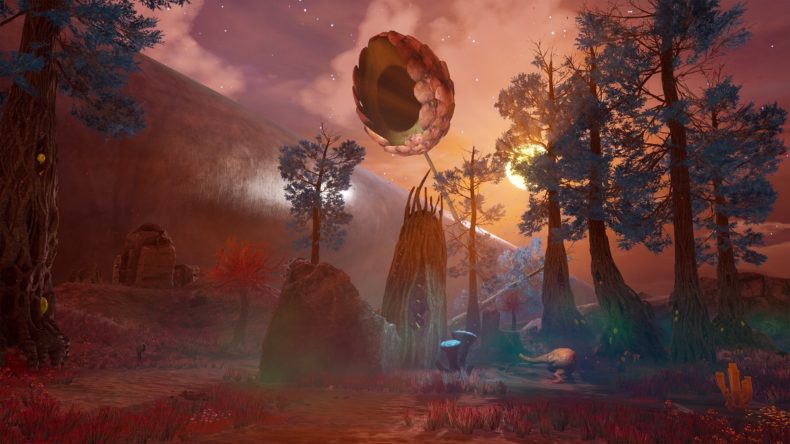 After spending time with a preview of The Eternal Cylinder, I was both in love with it and utterly shaken by my experiences. Ace Team has been making this for almost six years, and when you see how much detail has been put into its gameplay and story, you can see why. When I first stepped foot on the alien world, I wasn’t expecting to be shook by the tragedy that unfolded after a few hours in. Have I peaked your interest? I hope so, because this is a game you’re not going to want to sleep on.

The general concept of The Eternal cylinder is straightforward; explore your surroundings, learn new abilities, and find your friends. You play as a creature called a Trebhum: a small and chubby creatures with a trunk. As you venture across the strange new world, you’ll find various flora and fauna to suck up. You can replenish your health by consuming flies, use mushrooms to improve your rolling gauge, top up your water supply, and mutate. Much of the world can be consumed, so it becomes a lot of fun seeing what new abilities you can acquire. I found a fish that helped me to grow webbed feet, allowing me to move better in water. There was also a strange plant that let me sound a horn with my trunk to warn off enemies.

In the preview, I was able to experiment with tons of different items. Some allowed me to improve my carrying capacity, whilst other mutations saw one of my Trebhums convert nutrients into water. Experimenting with everything you find helps to enrich the survival experience, and although there were times when I felt lost or unsure of what I was supposed to do, a new solution popped up, making me fall in love with The Eternal Cylinder a little bit more. 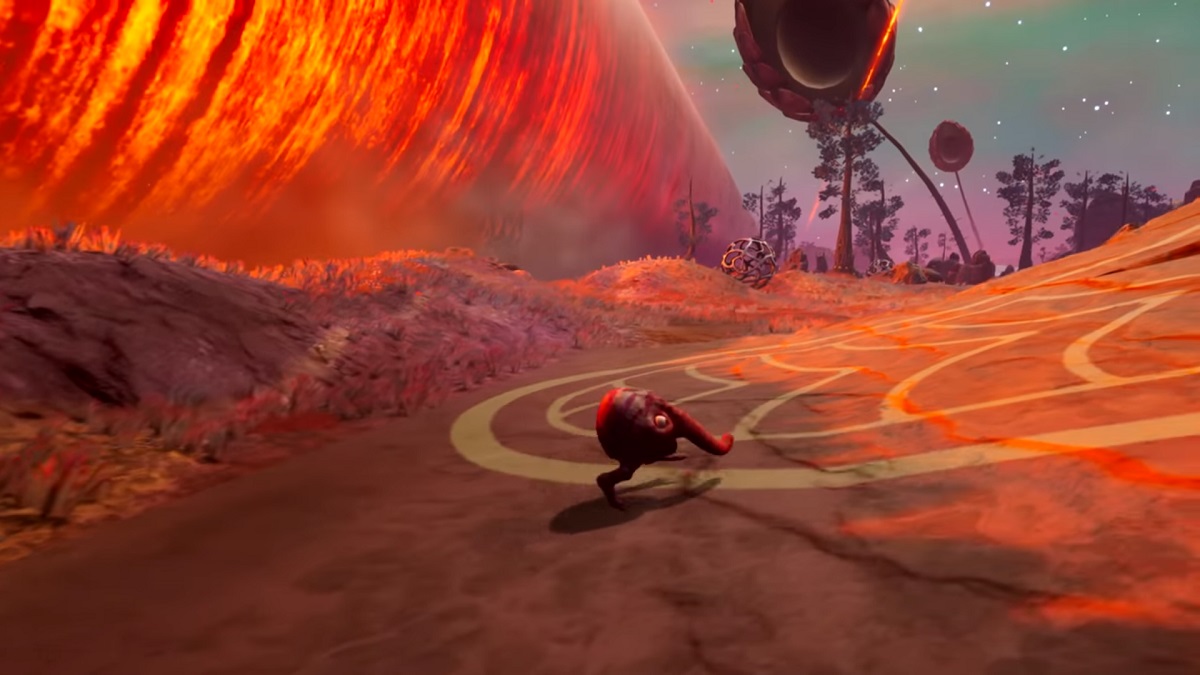 It’s a dangerous place out there, and you can’t do it alone. Finding other Trebhum is key to expanding your abilities, but it’s also a way to progress through the game. There are eggs which you take to an orb that helps to crack them open, and once a new Trebhum joins your group, you can switch between them and take control. Another feature of the Trebhum is the ability to fire water through your trunk which helps to knock items out of high places or trees. You can also roll across the land at high speeds, helping you to evade unfriendly creatures or the dreaded cylinder.

Whilst The Eternal Cylinder is an open world game, it could also be classed as a survival one too. I got into many tight squeezes with the creatures who didn’t take kindly to my presence, almost losing one of the Trebhum in a heated confrontation. However, nothing compared to the terror I faced after leaving a cave and coming toe-to-toe with the eternal cylinder. As the gargantuan cylinder rolled across the landscape behind me, my Trebhums and I tried to escape to the next tower so that it would be stopped, if only for a short while. As we rolled away, I could hear it approaching; it’s orange glow lighting my immediate path. As I rolled past a tower I’d hoped would hold it in place, it simply collapsed under the power of the cylinder.

Foolishly, I’d assumed I was safe. As the realisation kicked in, it was too late. I tried to escape, but the cylinder crushed my fellow Trebhums, with me following them to the grave shortly after. It was a horrifying moment, and one that took me by surprise. I knew this cylinder was hellbent on destroying everything in its path, but I thought I was safe. I though my friends and me were going to escape it. In this moment, it became clear that The Eternal Cylinder was much more than what I’d originally thought. 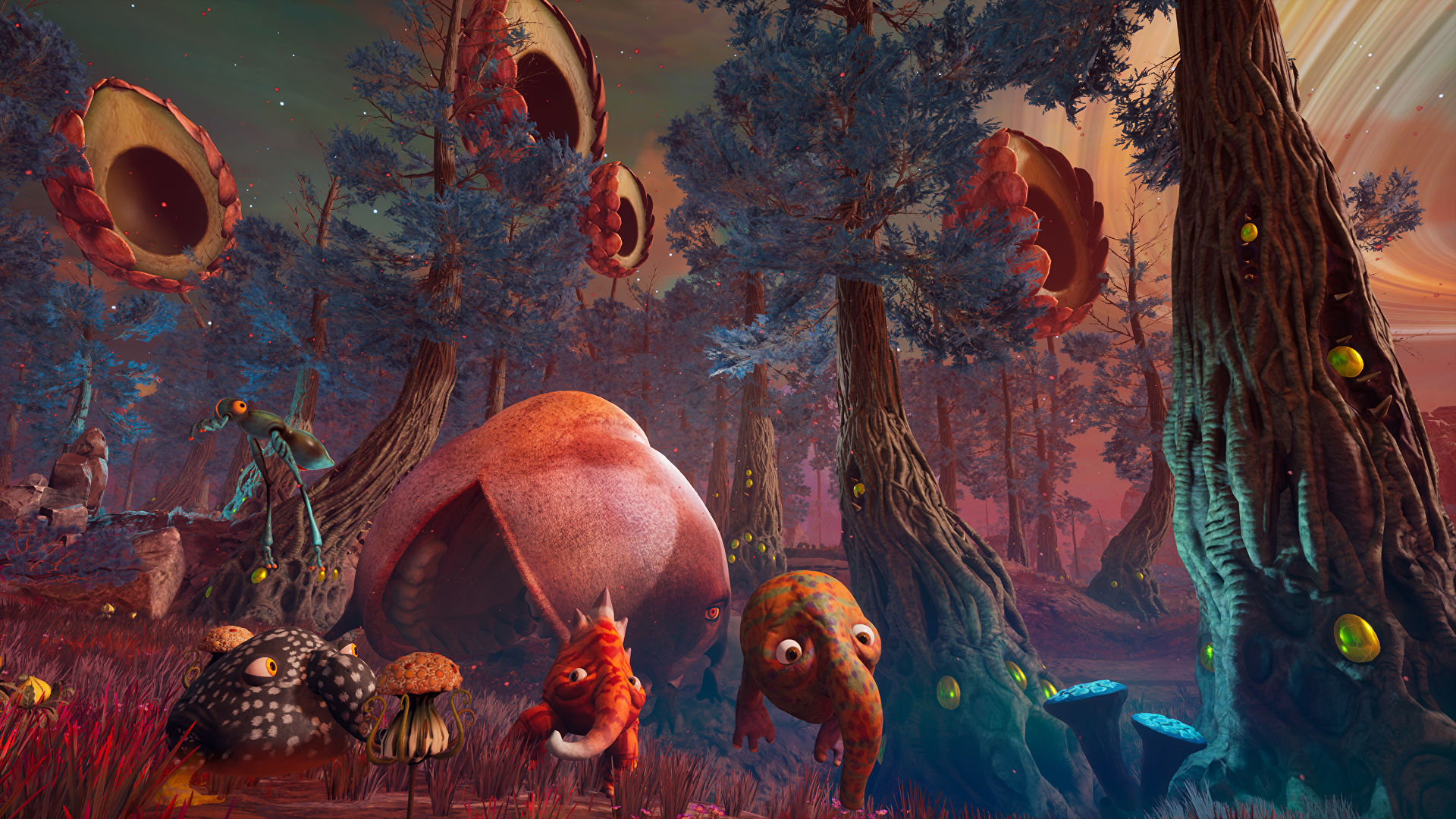 The Eternal Cylinder is a gorgeous game. The world itself is staggering, whether its the variety of beautifully odd creatures you bump into, or the vibrant neon that shines out of the murkiest of places. There’re also areas within the game that offer beauty when you least expect it, providing a much needed respite from the doom and gloom of that infernal cylinder. The music mixes pleasant ambience with fearsome excitement, and every area you visit features an impressive calibre of orchestration. Ace Team has managed to create a mysterious world made better by the gorgeous visuals and wonderful score.

The Eternal Cylinder is shaping up nicely, and with the beta now live, it’s well worth sinking in a few hours to uncover the mysteries within. The gameplay is satisfying, with various mutations giving each of your Trebhum an edge in surviving this strange new world. The story slowly opens up to you, but after uncovering some freaky secrets a couple of hours in, I’m so excited to jump back in when the game releases. Also, I don’t think I’ve ever been so scared of a shape resembling a Pringles tin in my life, so that alone is an impressive design choice.

Video games are cool. Don't let anybody tell you any different.
MORE LIKE THIS
ACE TeamPreview