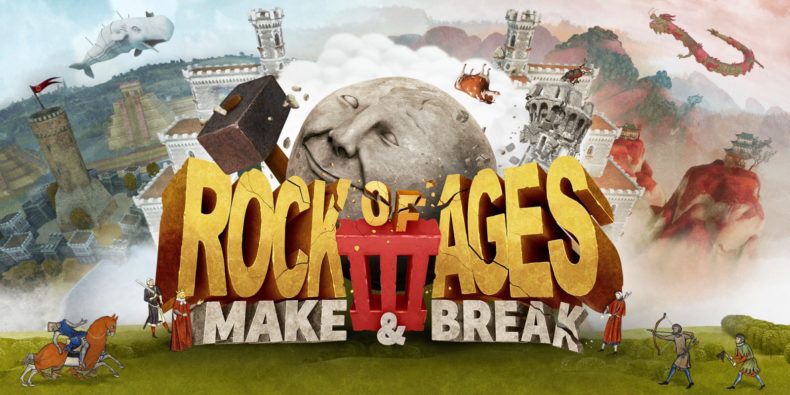 I’ve been a fan of the Rock of Ages games since they first came rolling into the world in 2011. No, this series isn’t based on the Broadway musical and movie, it’s a much more sensible story about a time traveling rock engaging in slapstick combat against historical figures. Now in its third iteration, Rock of Ages 3: Make & Break differentiates itself with a level creation tool and community levels.

Before jumping straight into the new headline mode, the campaign shows off how a well-made level can look. After a tutorial where you roll a ball of sheep into the blocked entrance of a cave to escape a Cyclops (obviously) you’ll take the boulder you dislodge on a journey through time. New eras of history and items for the level creator will be unlocked as you gather enough stars from beating the varied array of levels, so progressing in the campaign is important for creators. 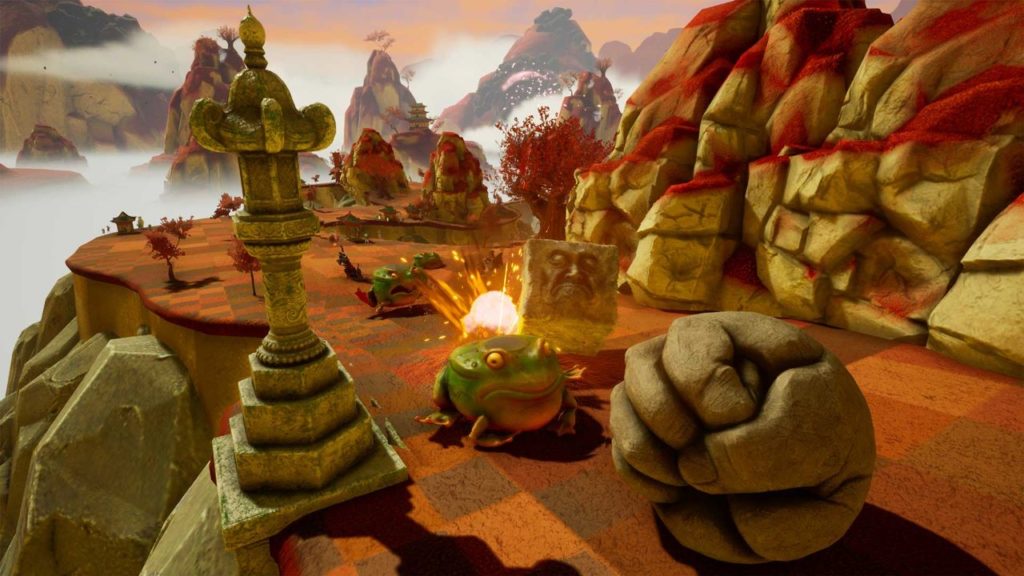 The gameplay of Rock of Ages 3 generally hinges on rolling a rock (or other ball) around obstacles to a goal, but there are a number of twists to this concept you’ll find on your adventures. The most significant is the tower defence element in some stages, where you and an opponent race to the end of identical tracks, and while you’re rock is being chiseled you can spend money to add traps to their path. The traps are as ludicrous as the rest of Rock of Ages 3, ranging from velcro cows that stick to the ball, to fools that dance in front of the screen. It’s not easy to get a sense of which obstacle foils the AI most (or even causes their rock to shatter) but with a bit of trial and error I thought these levels were fun.

The obstacle courses and races are definitely my favourite stages though, and very much appeal to my love of Super Monkey Ball. There are a few variation of these “race to the finish” style stages, and there’s definitely some satisfaction to reaching the end of a race and rolling straight into a Skeeball machine for bonus points. These game modes can be recreated in the “Make it” mode too, so whatever your preference you can scroll through the community levels and find a load more to play beyond the credits. 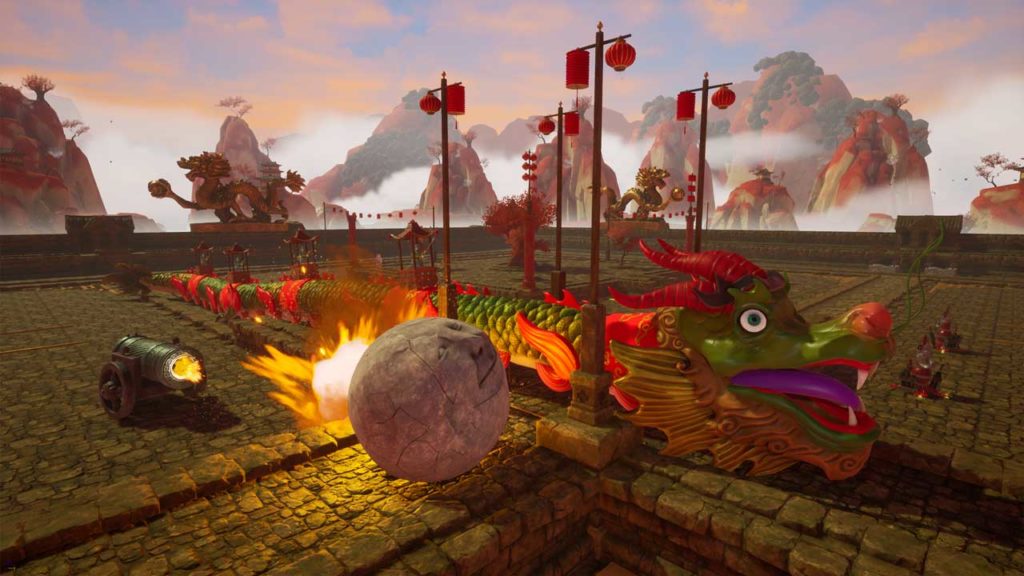 The actual level creator is delightfully simple, and a short 5 minute tutorial from Napoleon Bonaparte and a bit of imagination are all you’ll need to make your own courses. I wish there was touch support on the Switch version just for convenience, but it’s not a deal breaker.

As you may expect, playing Rock of Ages 3 on the Switch does have a few caveats. The main issue comes in the more packed levels, where the framerate will take a pretty noticeable dip, especially at the start of a stage. This usually only lasts 10 seconds or so, and it isn’t unplayably bad, but if frame drops bother you this might not be the version for you. The game looks gorgeous graphically though, and none of its signiture Monty Python charm has been lost on the portable home console. I also experienced a handful of hard crashes, but it’s hard to know if they are Switch related.

Rock of Ages 3: Make & Break is just pure goofy fun, and I definitely preferred playing it on the Switch more than I would have tied to a TV. It does have framerate issues, but if you want to be able to play a near infinite number of courses from the comfort of your own bed then I’d definitely recommend this version of the game.

An absurd and delightful experience, Rock of Ages 3 is a great addition to your Switch library. If you don't mind some framerate dips, having tons of community levels on your portable console is ideal.