previous
Podcast #434: It Takes Two, Satisfactory, Outriders
random
next
Rust set to arrive on PS4 and Xbox One this Spring
0 comments 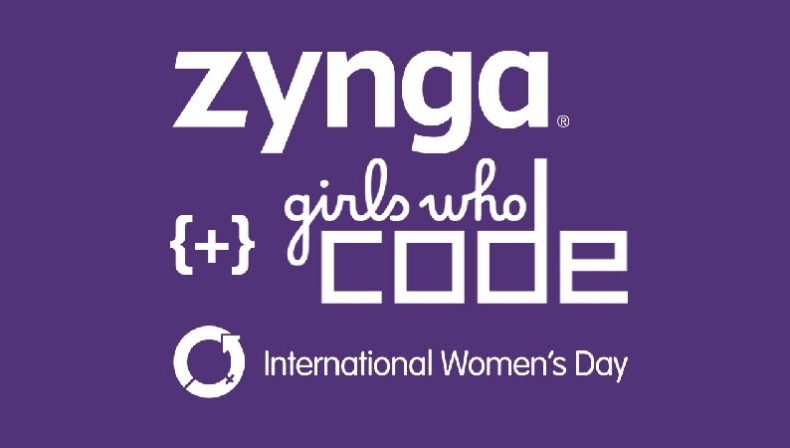 Zynga has today announced its partnership with Girls Who Code to raise awareness and support women in tech from 3rd grade through to the workforce. In support of International Women’s Day 2021, Zynga has pledged $100,000 from its Social Impact Fund to enable Girls Who Code to support girls throughout all points in their educational journey.

“Zynga is honoured to team up with Girls Who Code to help forge a more inclusive industry in tech and games by expanding opportunities for girls and women across the globe” said Phuong Phillips, Chief Legal Officer at Zynga. “Through their virtual workshops, school clubs, mentorship programs, networking and more, we are hoping to build the next generation of women in STEAM to help them to prepare and thrive in the tech workforce. With an incredible group of women at Zynga already doing so much to support our studios and employees around the world, it’s important that we take positive steps to help strengthen the future of our industry for years to come.”

“We know that passionate, diverse, ambitious young women are the key to transforming our workplace and our world,” said Dr. Tarika Barrett, incoming CEO at Girls Who Code. “We’re excited to partner with Zynga this International Women’s Day to send a loud signal to young women everywhere that they belong in technology and that they have support in their journey from school into the workforce. Zynga and Girls Who Code share a vision of a more fair and equitable workforce, where women of all backgrounds rise to the top.”

Girls Who Code is an international non-profit organisation dedicated to closing the gender gap in technology, reaching more than 300,000 girls in the US, Canada, UK, and India. They now have 800,000 college-aged alumni, all majoring in Computer Science and related fields at 15 times the US average. Zynga’s social platforms will be highlighting some of the incredible women who have helped to promote a more inclusive workplace for Zynga’s family of studios around the world.

Furthermore, Small Giant Games, a subsidiary of Zynga Inc., will be asking players of Empires & Puzzles to include the hashtag #ChooseToChallenge in their alliance description. A raised hand emoji has been exclusively included in the in-game chat function up until March 14, and a raised hand pin will be awarded to players who participate in the event.

Video games are cool. Don't let anybody tell you any different.
MORE LIKE THIS
NewsSmall Giant GamesZynga