previous
Gameplay Video: Returnal looks great, and might be our new obsesssion
random
next
Looking for a Different Type of Game to Try? Give One of These a Go!
0 comments 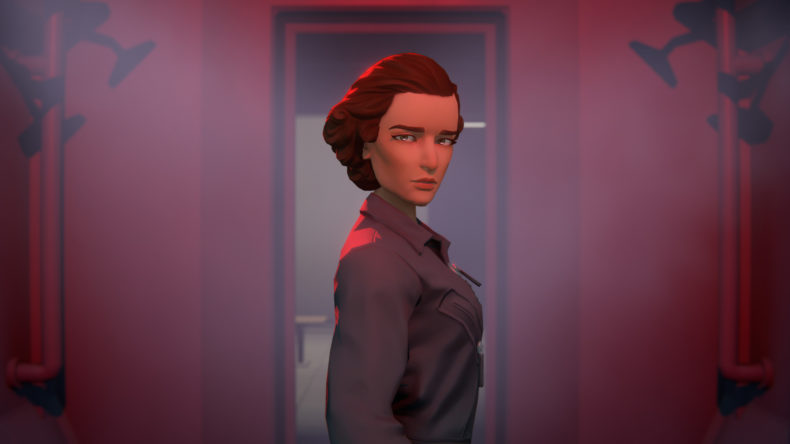 Variable State’s last game Virginia was a trippy and emotional narrative adventure with a killer soundtrack. That was almost five years ago. Their newest title, Last Stop, is very different, but it is no less enjoyable. Whilst I’ve only played the first chapter of each of the three stories, Last Stop is more playful and filled with humour. It follows the three lives of people living in present day London, with a supernatural element seemingly connected them all together.

Last Stop: Three stories in one

The first story follows a father called John who struggles to keep afloat whilst looking after his daughter, Molly. His work life is shit and his boss is a monumental twat. The first chapter of his story ends with him waking up looking like his neighbour, Jack: a young guy who lives a pretty good life. He’s athletic, has a fancy apartment, and is free to do what he likes. After John and Jack bump into each other in a tube station, a weird man senses some kind of connection between them. 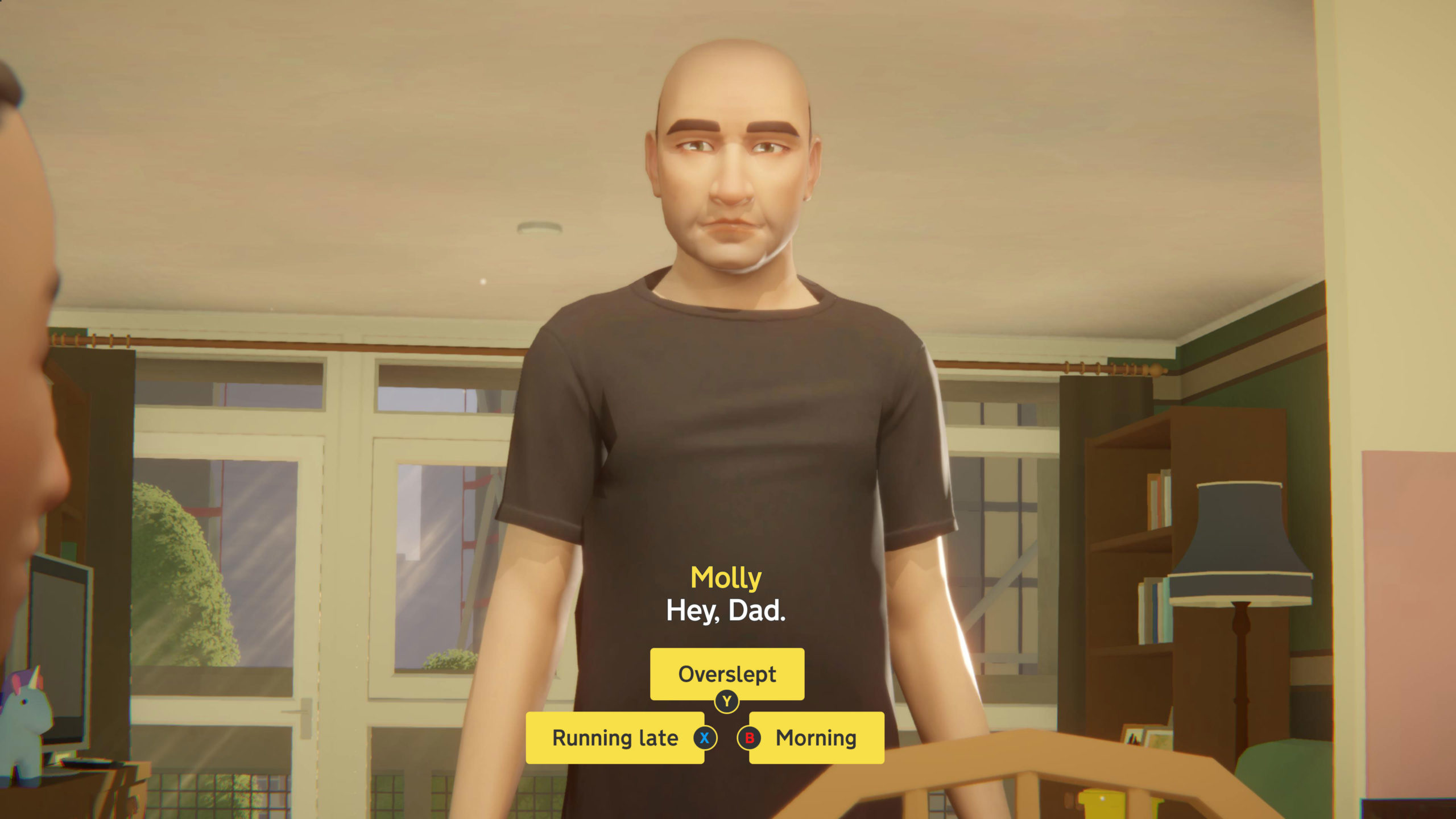 The second story follows a woman called Meena who works in a top secret organisation. It seems as though they may have something to do with all the creepy goings on. She’s headstrong and rather grumpy on the surface. Inside she’s a mother who’s trying to do what’s best for her child. She’s also cheating on her husband, with him having no clue about it. This chapter was the most intriguing, mainly due to where she works, and the weird questions she was being asked at the start by a couple of people interviewing her for a job within the company.

The final chapter follows a teenager called Donna and her best friends, Vivek and Becky. They’re hanging out near the fish and chip shop where Viv works, where he tells them about a guy who brings people back to his house, but they never leave. After throwing glass bottles at cars and security cameras, they notice the strange man leave his house alone. They follow him to an abandoned swimming pool that doesn’t go too well, with the man appearing to be some kind of alien.

Every story chapter allows you to pick from one of three dialogue options. In a presentation led by Variable State, they said these choices would impact the story in some way. These choices pop up a lot throughout, and make the conversations feel real and authentic. Sometimes you’re stood still talking to someone, whilst other times they’ll happen as you’re running or walking somewhere. In terms of controlling the characters, it’s pleasantly basic. Certain sections will require you to travel down a high street or through a building. Other command prompts will pop up, such as using a photocopier or deleting pictures off your phone. Last Stop is user friendly. These gameplay mechanics are in short bursts, giving the characters something to do between the story beats. 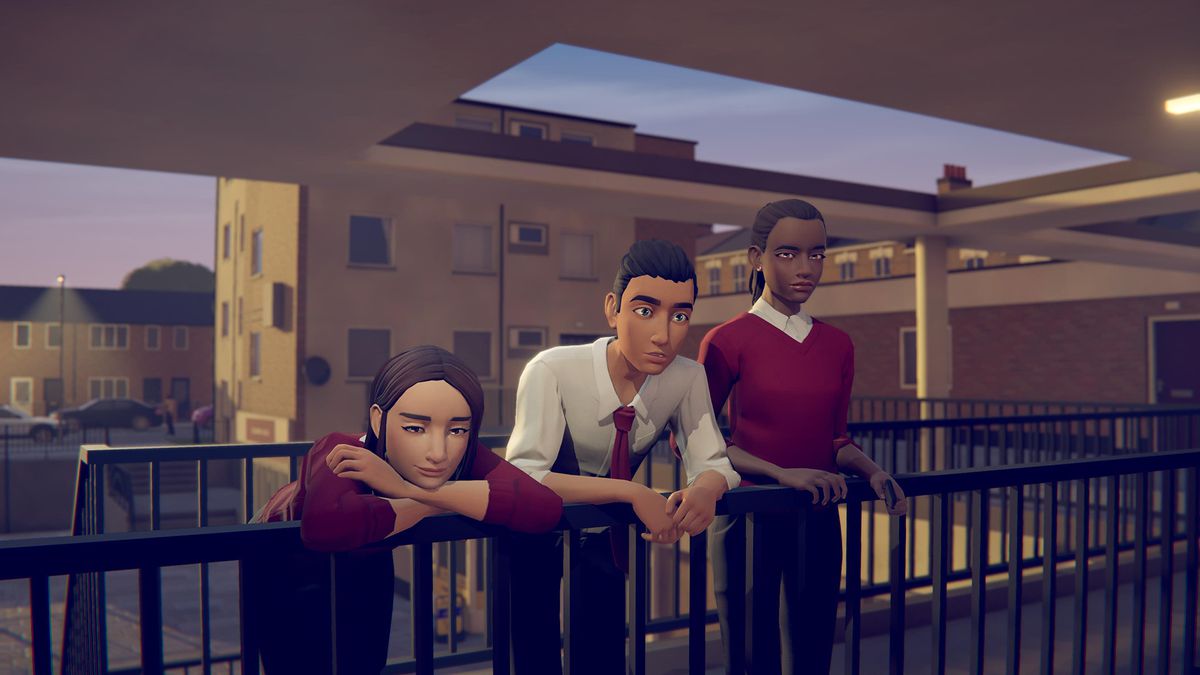 Whilst it’s still too early to say what I think about the story, from what’s been played it’s interesting and intriguing. The characters all have aspects of their personality that I like. Not knowing where the story is heading is definitely going to keep me playing. The visuals are simple yet captivating, much in the same way Virginia’s were. The soundtrack is also wonderful, whether featuring upbeat and current tracks in Donna’s story, or more melodramatic and emotive music in John’s.

Last Stop looks set to be another unique game from Variable State. Whilst it is completely different in tone and how the gameplay is delivered, each story is exciting. They’ve nailed the feel of present day London whilst creating interesting and layered characters. The supporting cast is just as interesting, too. So far, Last Stop is a promising narrative adventure with plenty of personality and heart I can’t wait to see more of.

Video games are cool. Don't let anybody tell you any different.
MORE LIKE THIS
annapurna interactivelast stopVariable Statevirginia