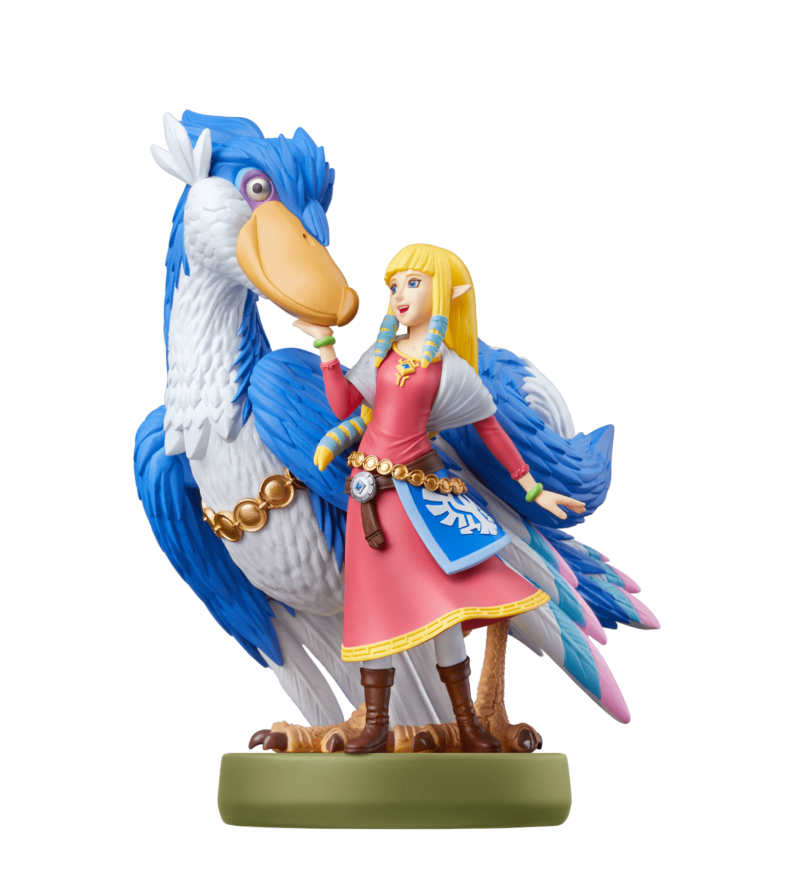 Nintendo has announced the release of an Amiibo figure depicting Zelda and her trusty blue Loftwing, alongside the launch of The Legend of Zelda: Skyward Sword HD.  The game and Amiibo will be released on July 16, 2021.

You can see all the details in The Zelda & Loftwing amiibo trailer here:

Every legend has an origin, and soon players can follow the earliest tale in The Legend of Zelda timeline when The Legend of Zelda: Skyward Sword HD launches on Nintendo Switch. The HD version of this classic adventure features enhanced performance, smoother motion controls, and newly-added button controls.

Nintendo is also releasing a new set of Joy-Con controllers themed after the Master Sword and Hylian Shield.  The Zelda & Loftwing amiibo can be used at any time while exploring the overworld or dungeons to create a checkpoint and return to the sky.  Players can return to a previously created checkpoint by tapping the Amiibo.  This function can be used either while in the sky or visiting one the many floating islands.

The Zelda & Loftwing amiibo figure will be released on July 16 alongside The Legend of Zelda: Skyward Sword HD.

MORE LIKE THIS
nintendothe legend of zelda: Skyward Sword HD