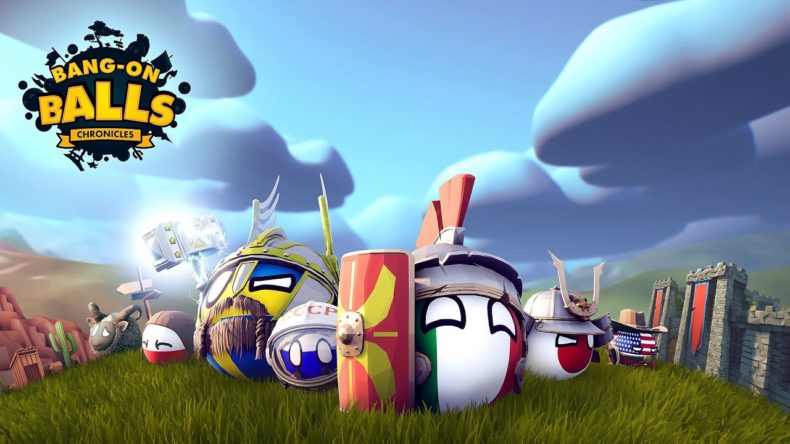 We don’t get a huge amount of 3d platform games nowadays. Once upon a time you couldn’t move for colourful mascots collecting notes, coins and gems. But nowadays it’s much quieter in the world of the collect-a-thon. It’s not a genre where many indies tread either, but hopefully that trend will be bucked thanks to Bang-on Balls: Chronicles.

As one of the titular balls, your goal is to roll from world to world and collect all manner of trinkets. Outside of the TV set hub world, each world has a historical theme with other balls representing knights, warriors and holy men. In this early access build I only had access to one world (which was viking themed) but there was plenty to keep me busy.

If this first world is anything to go off, then Bang-on Balls is going to have some huge environments to explore. The main objective of the stage was to destroy the viking’s boats. All in order to the viking boss would show his ugly bearded head. This was only the tip of the iceburg though, with loads of film reels (which unlock future stages) and equipment to grab. 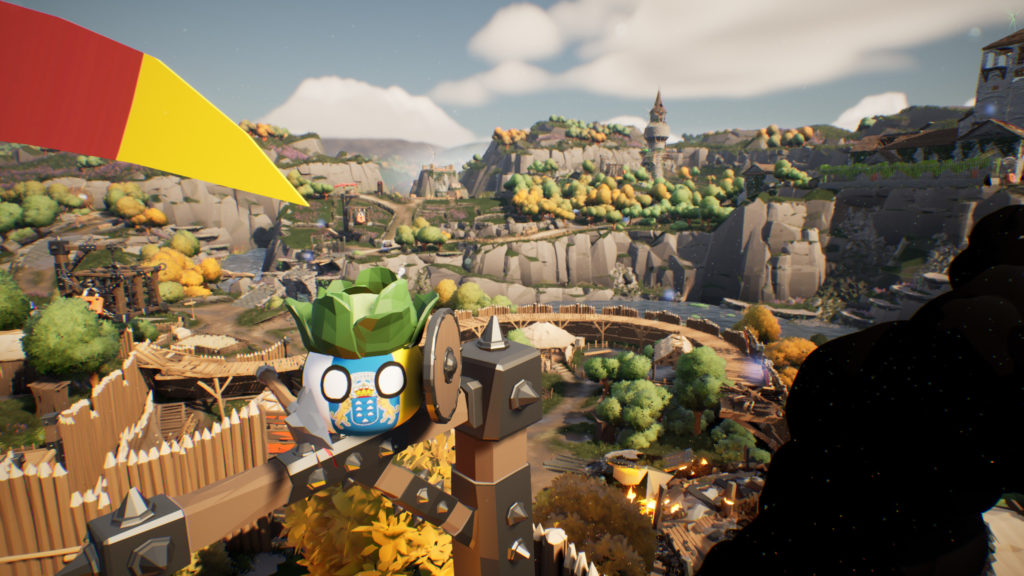 Despite being a platformer, Bang-on Balls has a big focus on combat. As well as rolling and jumping, our spherical hero and do a charge attack, ground pound and use an ability based on whatever they’re holding. The first item you’re given is a shield for blocking attacks and stunning foes. But I also got a magical book that created holy shield that sent enemies floating to the heavens. Fighting aggressive balls takes some getting used to. But after a while you’ll get used to using all your abilities to take down lackeys and mini bosses.

As well as getting new equipment to help you on your adventure, you can also buy cosmetics from friendly balls you rescue from cages or loot them from bosses you beat. These range from horned helmets and crowns, to a chicken beak and frog hat. It’s fun to unlock all these options and customise your ball, even if it has no impact on gameplay. 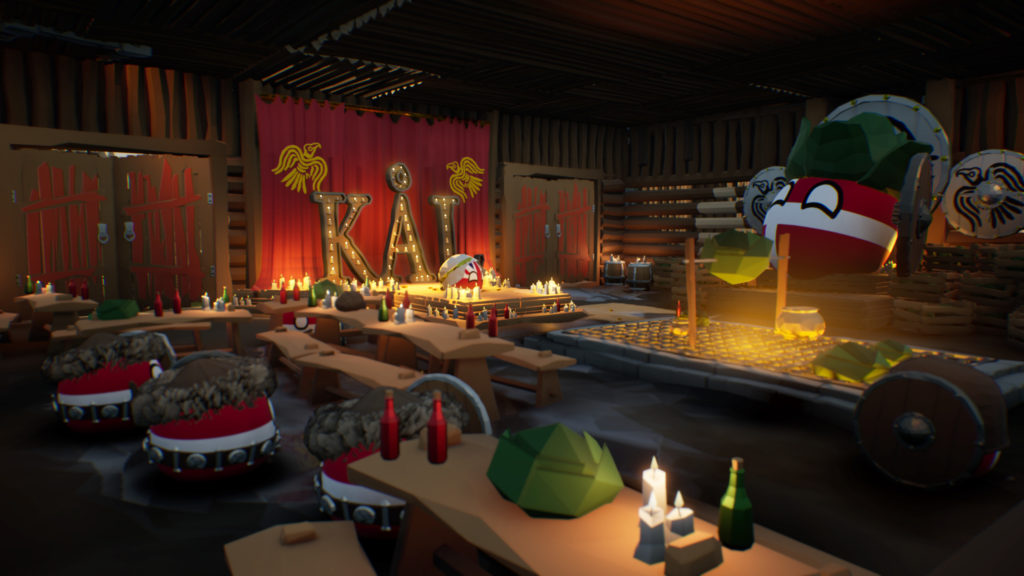 I was worried the world would feel a bit lifeless with all the characters played by balls. Instead, all the different outfits and skins are rather charming. To keep the historical theme going, each ball is painted with the flag of the country it’s from. This means you’ll know who’s on your side and who needs a good battering. This means you’ll be taking on a lot of Swedish and Danish flags in the early access version.

I really enjoyed exploring every nook and cranny of the first world of Bang-on Balls. It wasn’t just the size of it that was impressive, but the sheer depth. Castles have dungeons to explore. Hidden caves contain ore to mine if you’ve found a pick. And there’s even a Stonehenge you can build if you rescue enough wizards to raise the rocks from the ground. I haven’t found exploring a 3D platformer this satisfying since Super Mario Odyssey. 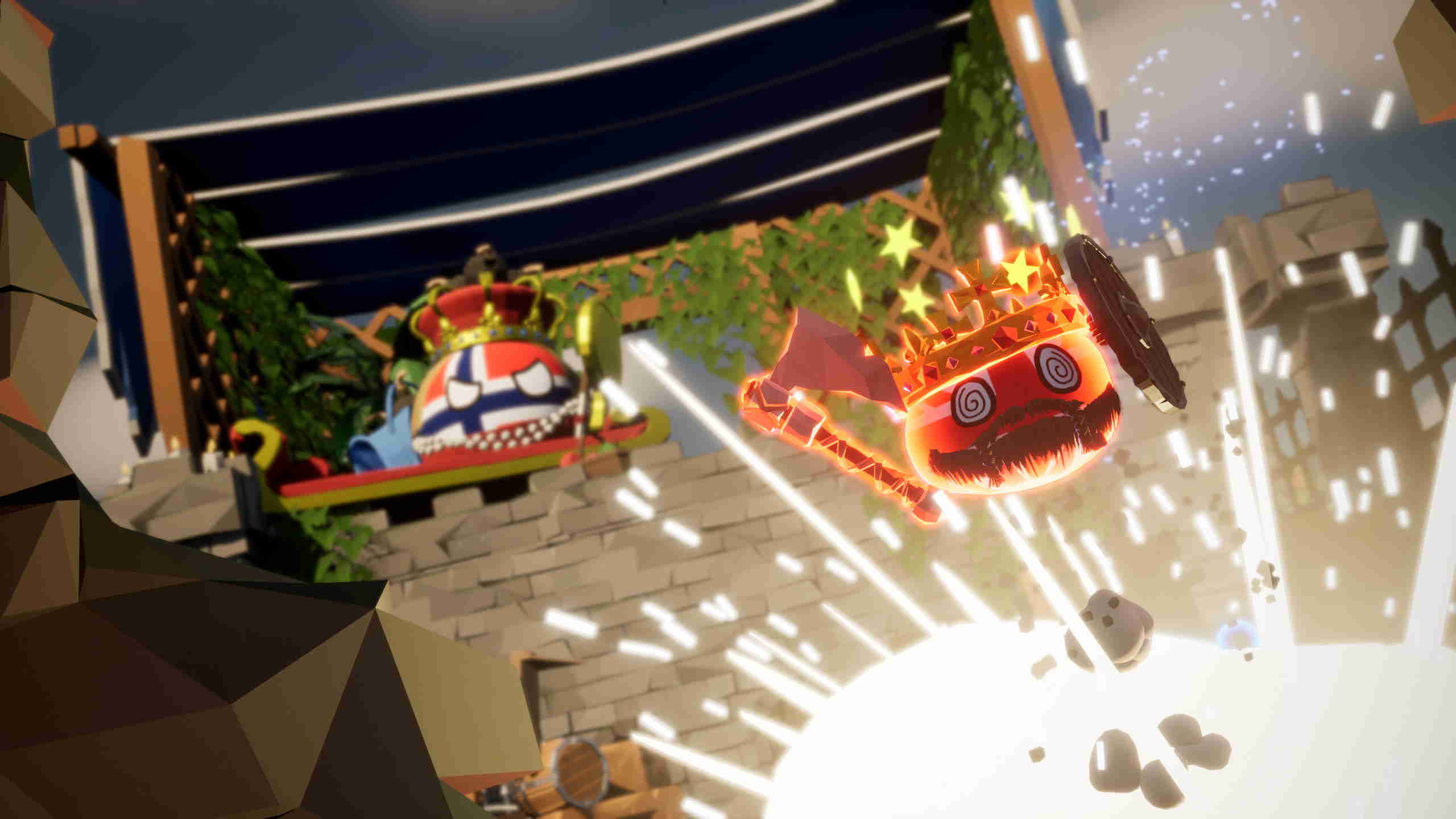 There are a few issues I hope are ironed out before the full release of Bang-on Balls. There was a particular part of the hub area that involved choosing the correct pipe to reach a collectible. Sadly this took around 10 minutes of trial and error to reach. I also think the combat could be introduced a bit better. You never really get taught how best to beat down a mini boss enemy, and it takes a lot of trial and error to figure out what combination of dashes and pound have an effect.

Based on the early access build, Bang-on Balls: Chronicles looks like it could be an incredible addition to the genre. Exploring the secret-filled environments is really compelling, and the historical theme is definitely intriguing. If enough care is put into every world in the full game, Bang-on Balls will be a seriously special 3D platformer.