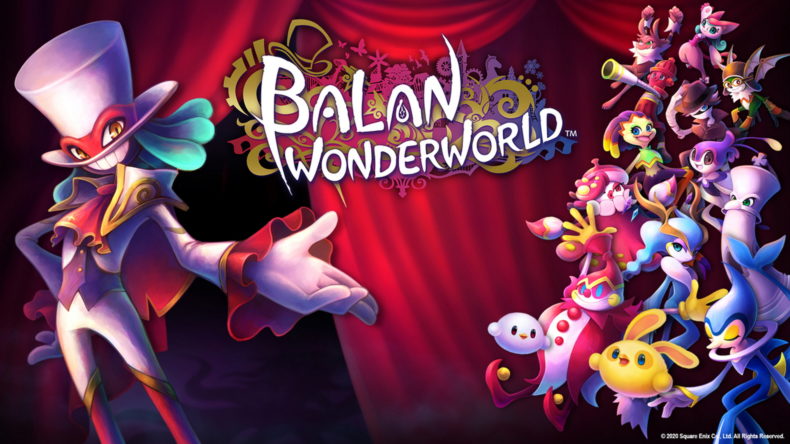 Balan Wonderworld has had an eventful road to release. When announced last July, 3D platformer fans (myself included) were excited to get a new game from many of the talent behind the Sonic the Hedgehog games. With Square Enix publishing, there was a glimmer of hope that we’d get a new Platforming franchise going forward. Unfortunately the release of a demo in January did little to impress, with many fans begging for a delay so that issues could be fixed before launch. Two months later and the full game is ready to experience in its entirety, for better or worse.

After choosing the character of Leo or Emma, the adventure begins by wandering into the mysterious Balan theatre. That’s where the introduction of the titular Top Hat wearing demon happens, where Leo (or Emma) is whisked away into a world of campy stage outfits full of people with problems that need solving.

Each world in Balan Wonderworld represents a real human with a life issue. These range from having no friends due to an obsession with creepy crawlies, to losing a farm due to a tornado. Its the protagonists’s job to help with that, by beating a boss and performing a dance number with them. Very little of what’s happening is truly explained, but the premise lends itself to visiting some worlds I found interesting.

To traverse these worlds you’ll need to find and switch between different costumes, each with their own unique ability. Some costumes assist with getting to platforms thanks to jumping abilities, some give attacking powers with which to pummel enemies and breakable blocks, and others do very little outside of very specific circumstances. It’s only possible to bring three costumes at once, so it’s important to bring useful powers. 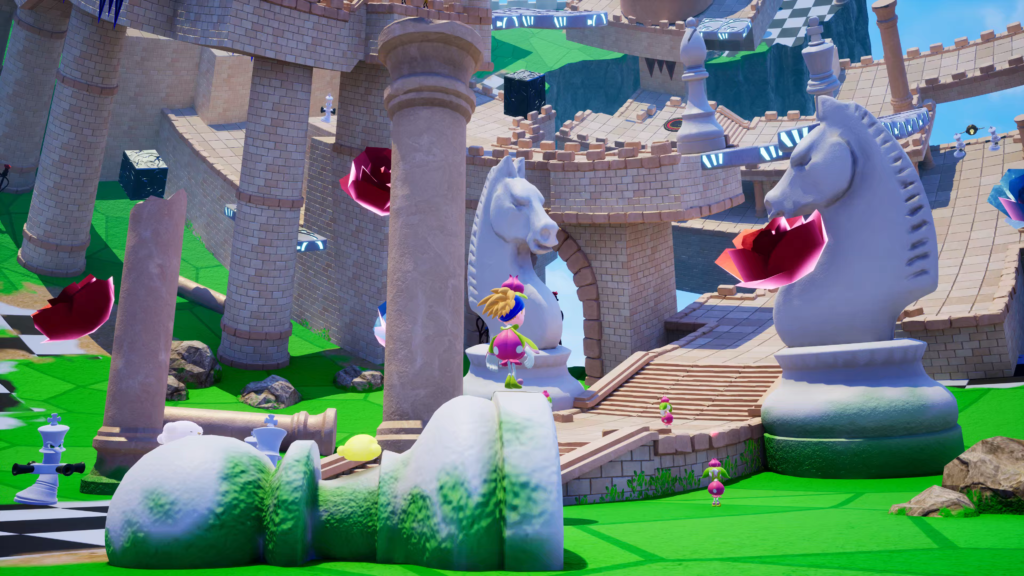 The core concept of transforming into different outfits would be a lot more fun if their powers were a little less basic. Everything you do in Balan Wonderworld is controlled by pressing a single action button, and because of this there are no abilities (like jumping) that are applicable to every outfit. Switching between outfits takes longer than necessary too, as an animation takes place, so constantly swapping between an outfit for fighting and one for jumping gets pretty tiresome. This one button control scheme even carries across to menus, and it doesn’t take long to realise that there’s a reason most games use other buttons!

Despite these issues, Balan Wonderworld is enjoyable when exploring a small world looking for collectible Balan Statues. These are essentially the Stars or Jiggys of the game, and are needed to unlock new worlds. It’s usually easy enough to find enough to progress with the costumes found in the individual levels, but it’s also possible to return at any time with new powers to reach more when needed.

Alongside Balan Statues, you also find gems and eggs to upgrade the hub area. By hatching adorable birds called Tims from the eggs, you can turn a wheel to build and upgrade the Tower of Tims. Tims that have bellies full of gems will help turn the wheel, so grabbing them is important if you want to partake is this side objective. Each turn of the wheel gets you closer to building a bigger tower and upgrading the clock of happiness. None of this is particularly well explained, but it at least gives you a reason for collecting shiny things. 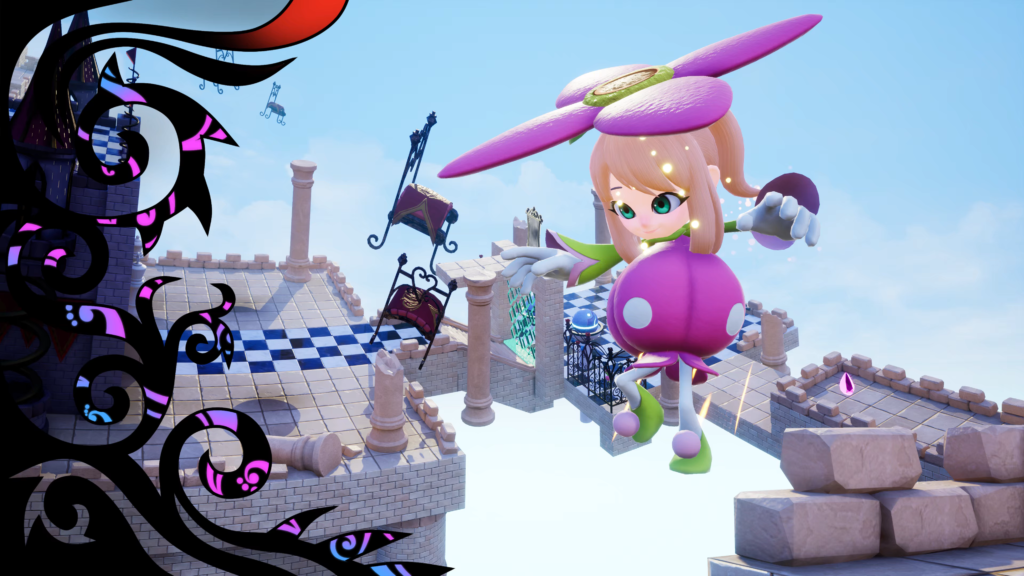 There are a few other side activities in Balan Wonderworld, and like so much of the game are a mixed bag. My favourite are the sports mini-games, which reward you with gems for hitting baseballs, scoring penalties or getting holes in one. The opposite end of the fun spectrum are these abysmal sections called Balan’s Bouts. In these interactive cutscenes, you watch Balan fighting a shadowy monster and have to time a button press to his attacks. Every one of them takes so long, and I couldn’t tell them apart if you paid me. There’s even a Statue available if you get a perfect score, and if you fail to do this (which you will) you have to leave the stage and find the mini game again. I stopped playing Balan’s Bouts halfway through the game, and gave up the ability to hit 100% completion to preserve my sanity.

Although there are a lot of problems with Balan Wonderworld, one aspect of the game you can rely on is the soundtrack. The tunes accompanying your adventure are consistently great, and catchy too. They really match the mood of the game’s worlds, and add to the singing and dancing setting of the game. 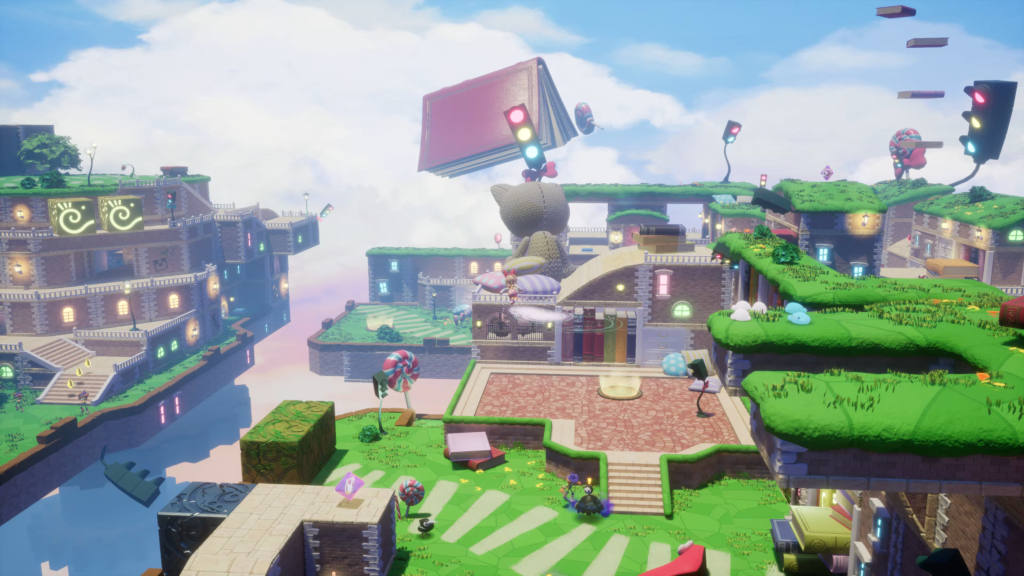 It’s worth mentioning that during my time with the PS4 version of the game, I experienced a lot of frame rate issues. I started to expect this in busier areas, and it was pretty consistently present. The game doesn’t seem particularly graphically intensive, so it’s disappointing to see.

Balan Wonderworld isn’t a bad game, but it is distinctly underwhelming. At its core the single button gameplay is just too basic, and with technical issues and some bafflingly dull mini games it’s hard to fully enjoy. I had a good time exploring its interesting worlds with some of the more exciting power ups, but ultimately there are so many better platformers to play right now.

Exploring Balan Wonderworld's levels can be fun, but ultimately its single button gameplay and technical issues hold it back.