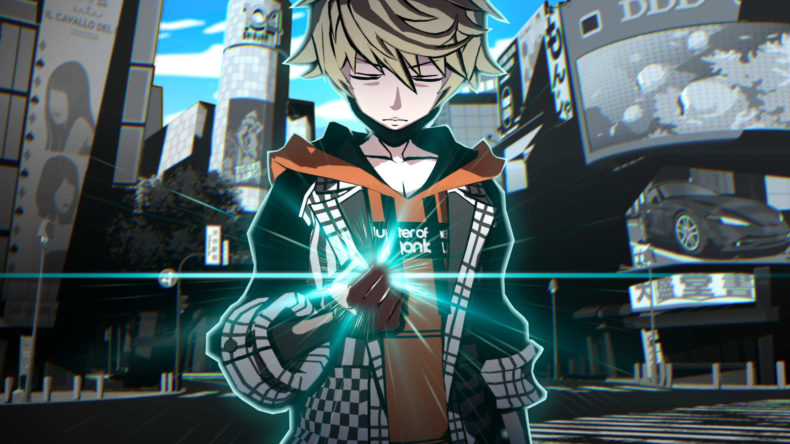 The familiarity of NEO: The World Ends With You felt special. The original released in 2007, but I still think back to how good it was. Whilst its sequel is much more advanced in terms of the way it looks and how it plays, revisiting Shibuya and fighting the Noise made me happy to play Reaper’s Game one more time. Whilst this is only a preview of the first two in-game days, I got a good idea about what to expect. Firstly, this is one sexy af game. Secondly, the combat flows like an eagle through the wind.

NEO: The World Ends With You: Looks good and sounds great

NEO: The World Ends With You features some stylish dialogue cutscenes. Much like the upcoming Scarlet Nexus, main character Rindo and his buddy Fret chat to various players of Reaper’s Game in colourful, punk-infused cutscenes. Even when you’re running about Shibuya, you’ll hear strangers have conversations that pop up on the top of the screen in comic book-esque blocks. There’s a fair amount of conversations in the first two days, but I soaked it in. It helps that the game has a killer soundtrack, though.

Metal, pop, and hip hop tracks constantly play in the background. If you like a bit of Disturbed or Rage Against the Machine, you’ll get a kick out of the similar tunes on offer. There’s a huge range of music that plays during combat as well, rounding off an excellent soundtrack that adds to the modern, youthful tone of NEO: The World Ends With You. Almost every interaction is voiced in a playful way. All the characters fit your typical anime trappings. Rindo is a bit of a square; Fret is his goofy friend; Minamimoto is the surly yet loveable stranger; they’re all there. It never matters, though. It’s so much fun you’ll get swept up in the flamboyancy of it all. 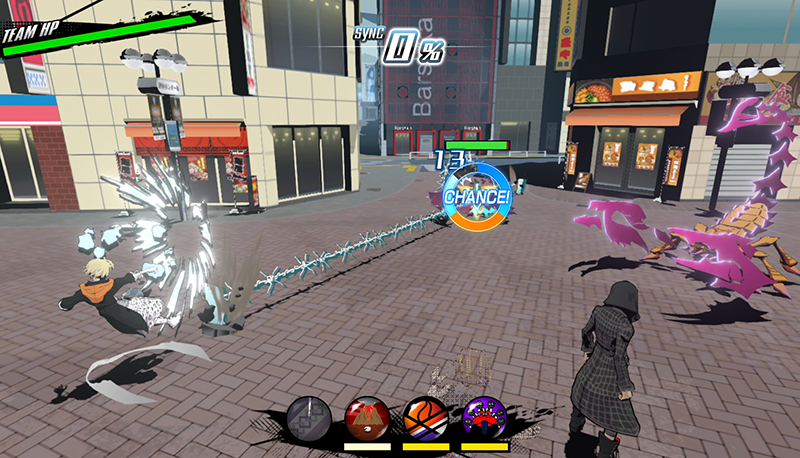 Shibuya is gorgeous. It features various landmarks such as Tower Records and Takeshita Street, but there’s a cartoonish touch that bounces of the music and general art style. Like Persona, there’re swish fonts and fanciful touches that provide a welcome vibrancy to the darkness looming around every corner. Like the original, the protagonist realises he’s dead and ends up taking part in Reaper’s Game, where players have to complete challenges and reign victorious in combat for a chance to return to the living. Failing that, the winners can transcend into Reapers themselves, playing out the rest of their days as challengers in the Underground.

NEO: The World Ends With You is fully 3D. Exploring Shibuya feels just like it does in Persona 5. People are going about their daily lives and you’re free to explore every nook and cranny. There’re puzzles that need to be solved as you wander around the district. On the first day, I had to find coloured skulls hidden around Shibyu Crossing. On the second day I had to find graffiti hidden around every area. Whilst looking around, you have to fight the Noise, weird creatures that want you to fail. By scanning wherever you are, the Noise shows up as small red clouds. Scanning also highlights places of interest among other things. 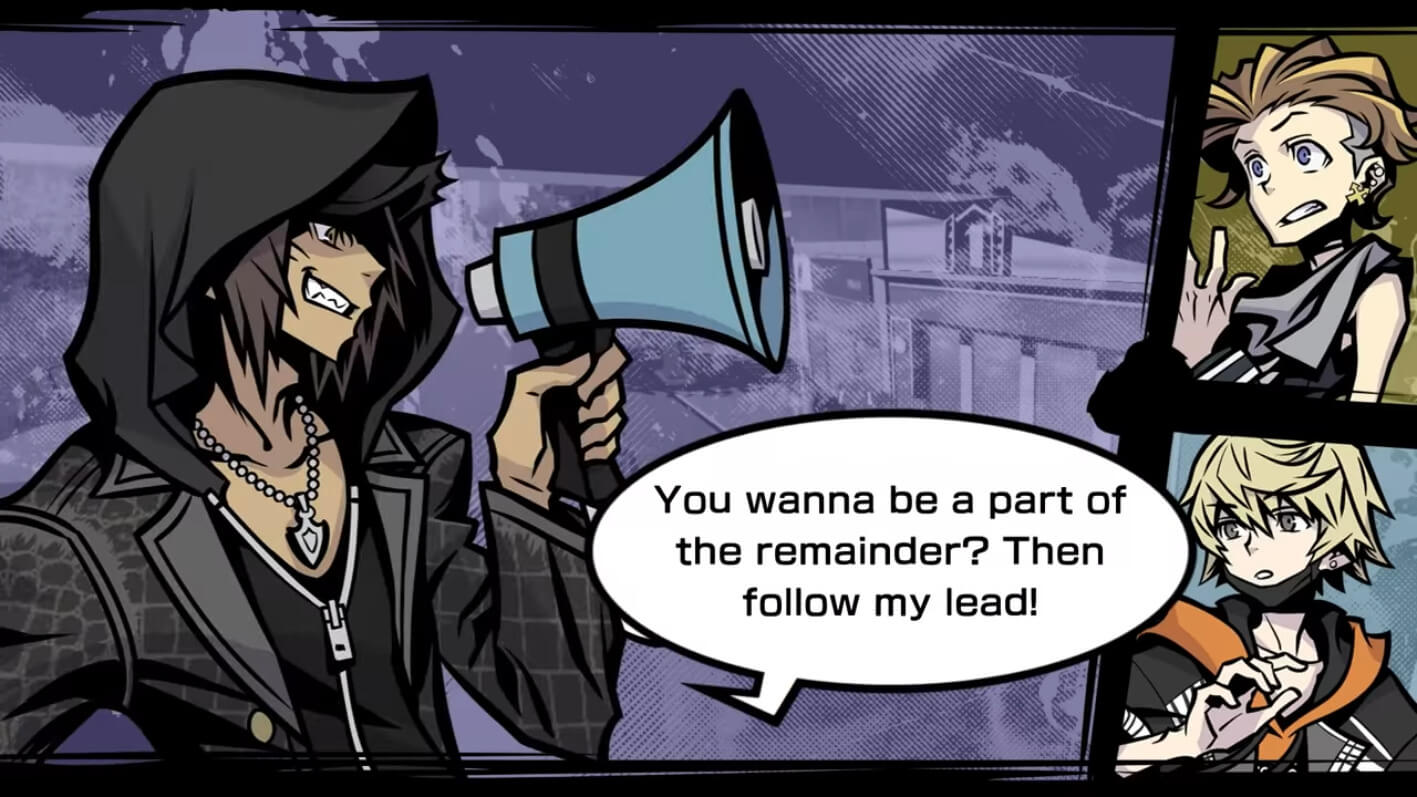 Combat is a lot of fun thanks to the different psych abilities you and your party have. By finding pins or getting them from fallen enemies, you can switch out a whole host of abilities. Fireballs, ice missiles, and straightforward punching and charged attacks can all be equipped. There will be 300 in total when the game releases. Each person in your party has one pin, or ability at a time, and by pressing that member’s allocated psych, you fight the menagerie of enemies. Mixing up attacks builds your groove and at 100%, you unleash a special attack. There’re other nuances to combat that help to defeat enemies quicker, but it’s always simple to do. Persona 5 Strikers became quite complex at times, but NEO: The World Ends With You has a more streamlined approach.

NEO: The World Ends With You: A brilliant flow

The flow of NEO: The World Ends With You is magnificent. There’s a lot of dialogue, but it soon eases off the further you get. New abilities opened up whilst exploring, such as Fret’s ‘remember’ which makes citizens remember important bits of info by using the analogue sticks to rearrange a puzzle. Like some JRPGs and ARPGs, combat isn’t constant. You can only get into a fight when you are scanning, meaning enemies aren’t always attacking you. That said, the combat is so much fun and the enemy designs are so bonkers, I actively went looking for a fight. 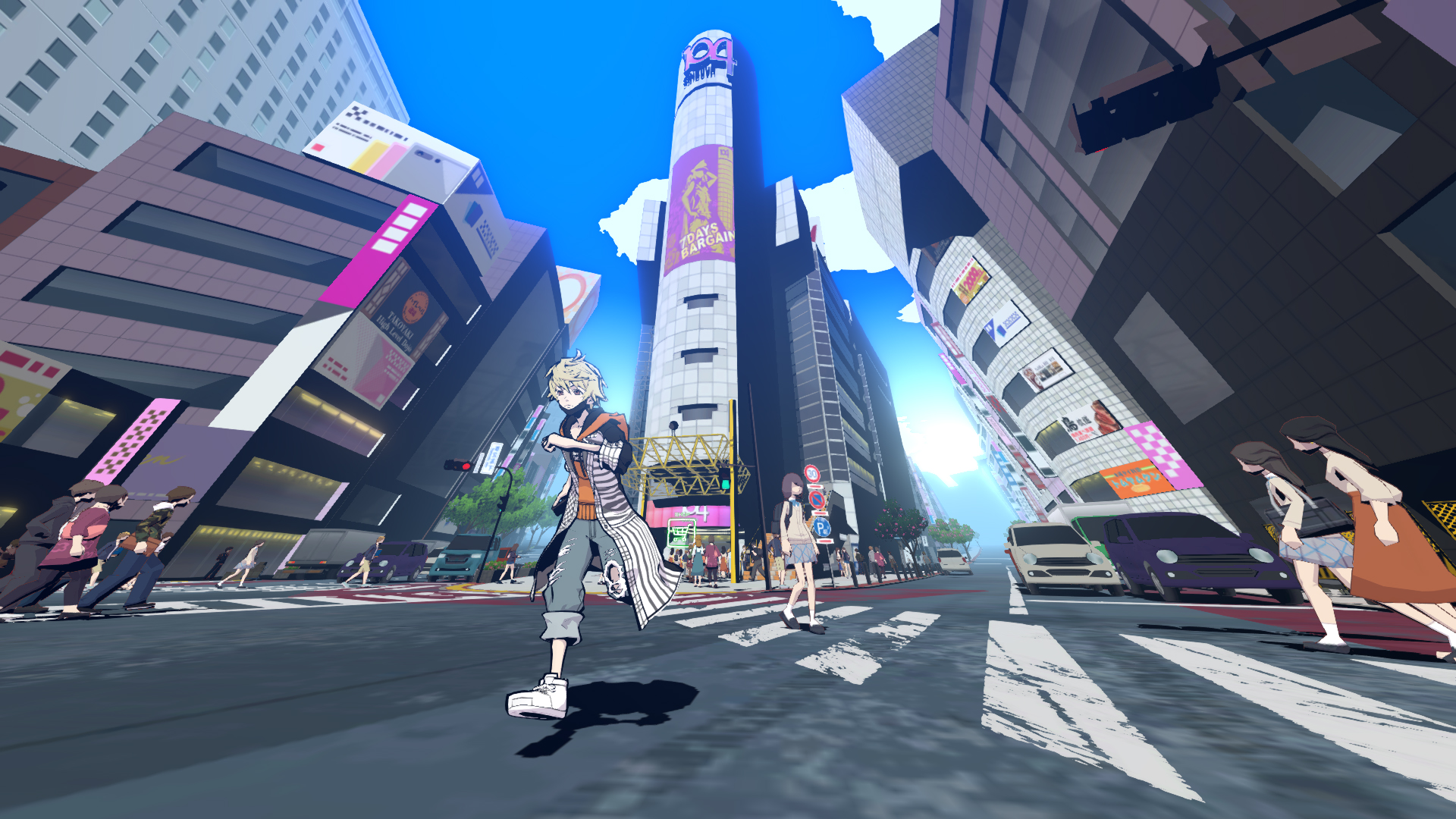 NEO: The World Ends With You is a worthy sequel that oozes style. There’s plenty to do in Shibuya, from the various puzzles and fights to finding secrets and buying various pins and collectables. The music is excellent, and the art style is reminiscent of Persona 5, but feels completely new. I can’t wait to play the full game. Rindo and Fret are great together. It’s silly, funny, and weird enough that players looking for a great time are really going to enjoy it.

Video games are cool. Don't let anybody tell you any different.
MORE LIKE THIS
featNEO: The World Ends with Yousquare enix