Ratchet & Clank: Rift Apart | How to find all collectibles 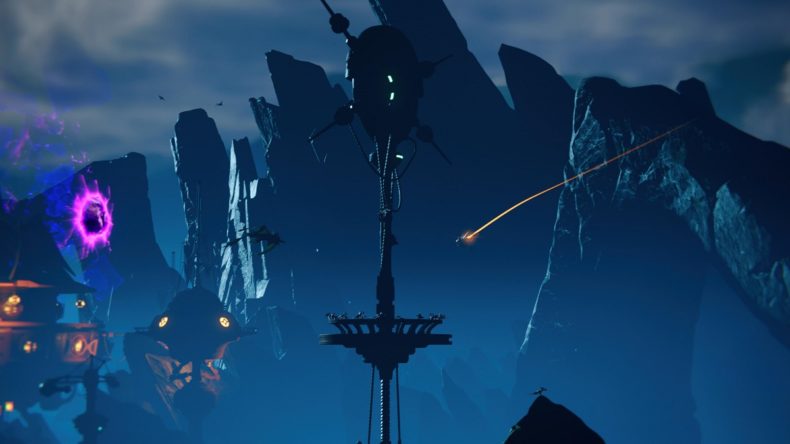 One of the most important tools to own in Ratchet & Clank: Rift Apart is the Map-O-Matic. Once acquired, every single collectable shows up on your map, regardless of the planet you’re on. Whilst it doesn’t show you the locations of the Craiggerbears (for those, we’ve got you covered here), every Gold Bolt, Armor Pod, Ryno Spybot, and piece of Raritanium will be visible. If you’re a bit of a completionist, it’s a vital instrument to get you to that all important 100%. It’s relatively easy to do. Just follow this Ratchet & Clank: Rift Apart All Collectibles guide to find the Map-O-Matic.

All you need to do is head to Ardolis and complete the side quest ‘Treasure Hunt.’ Once you’ve rescued Pierre and held off the enemy horde, head north to the pirate ship and use the green connector to swing across. 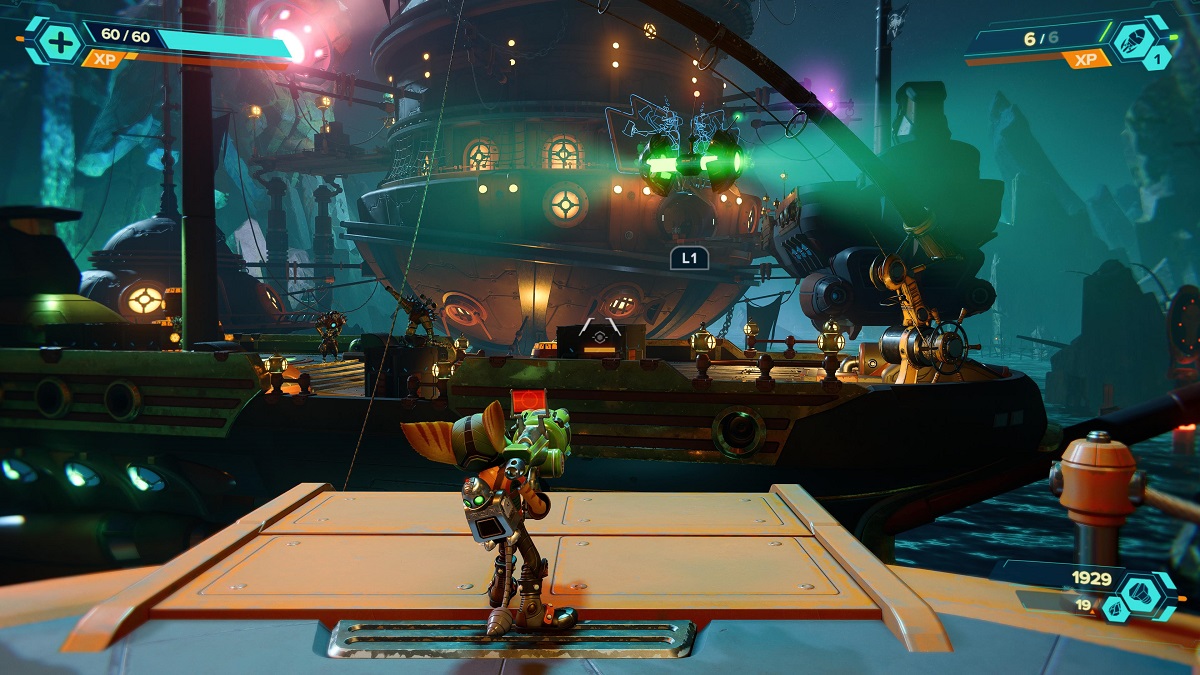 Swing from the platform

Once you’ve defeated the enemies on the ship, there’s a platform on it that rises up (to the left side). As the platform is at its peak, swing on the other green connector to reach the next pirate ship. 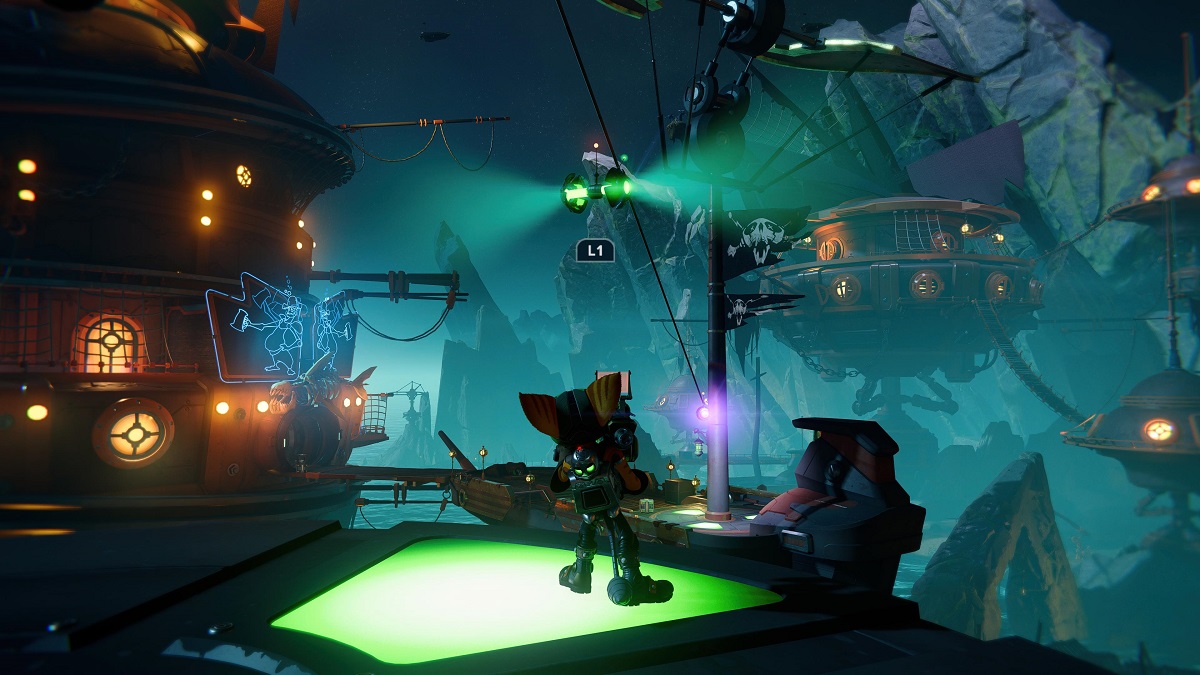 Walk along the plank (erm, platform)

Again, you’ll have to defeat another wave of enemies. They’re pretty easy to dispatch, and after doing so you can follow the path at the tip of the ship to enter the pirate base for the next stage of the mission. 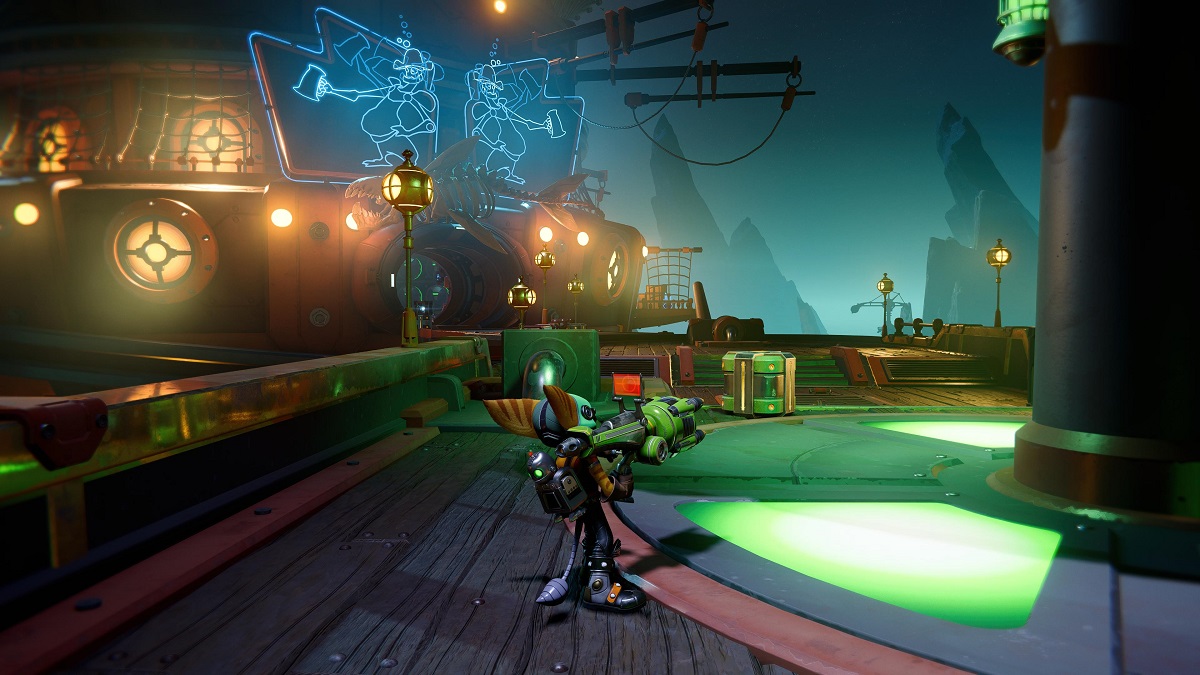 Ratchet & Clank: Rift Apart All Collectibles: Fight at the disco

Walking across the platform leads to a pirate disco. It’s not all glitterballs and dancing, though. There will be yet another wave of robot pirates for you to defeat. This one takes a bit longer. Enemies are tougher, but once they’re taken care of, reach the alcove with the platform in it. 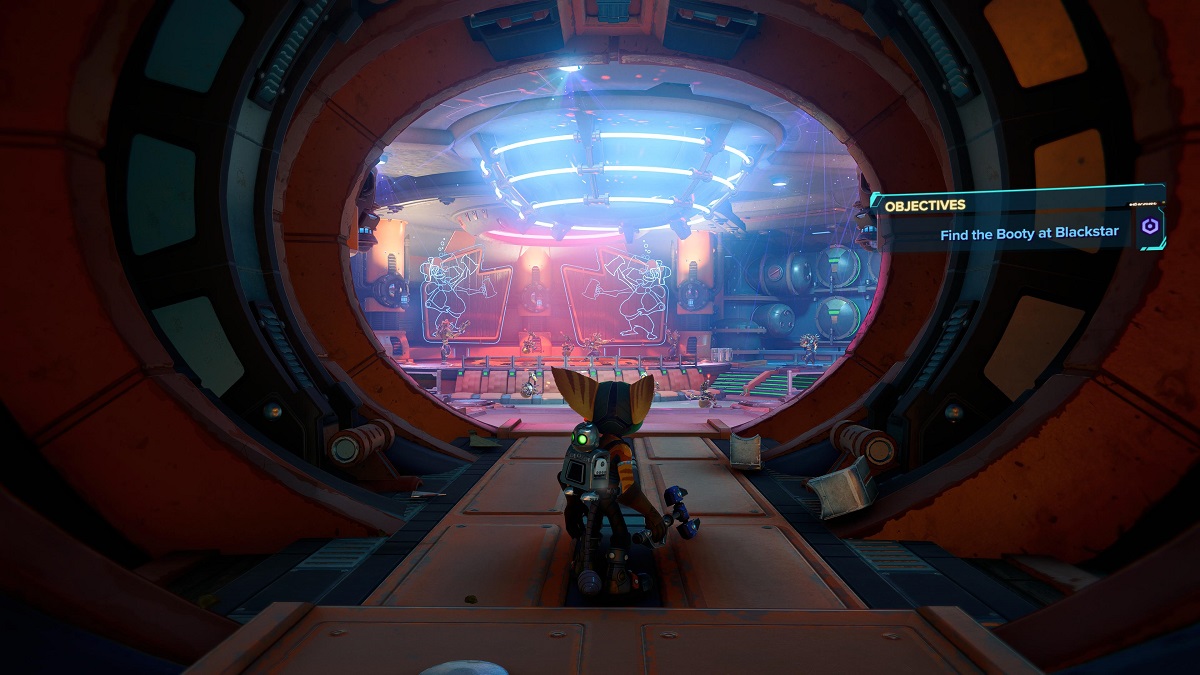 It’ll take you up to the final area of the mission. As you head up to the top, you should see something similar to the image below. 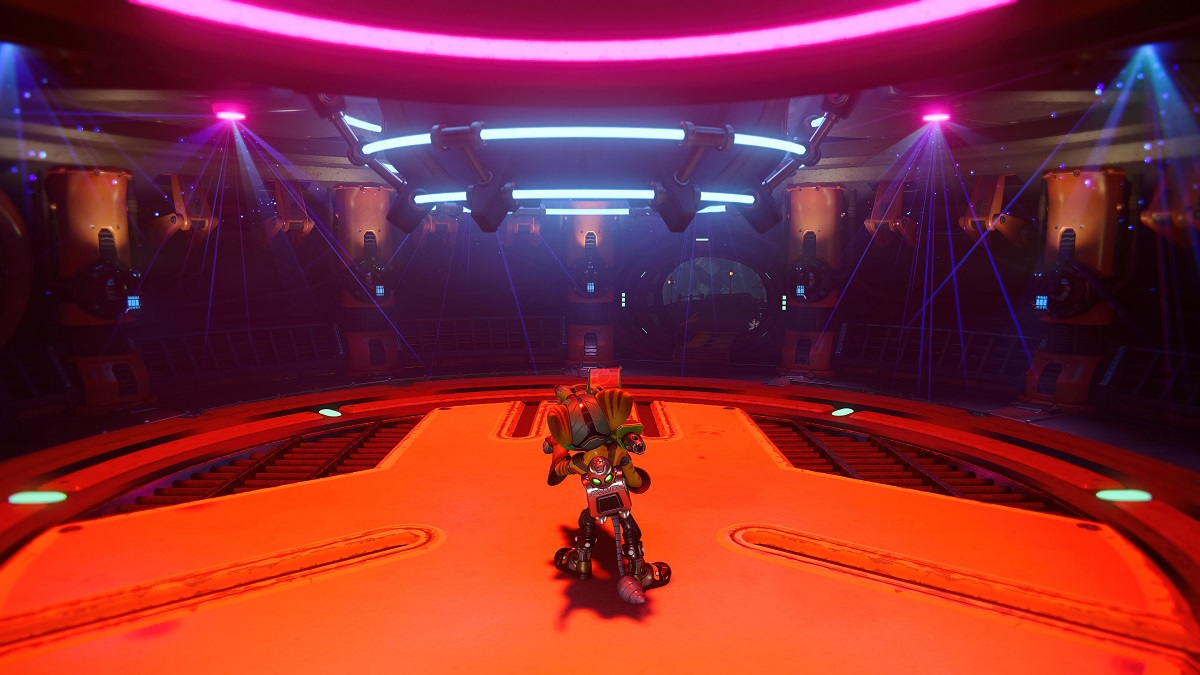 Once at the top, the final wave of bad guys will descend on you. Take them all out. After doing so, head right to the end of the platform to reveal a chest with the Map-O-Matic inside. You’ll now be able to see every item on Ardolis. Whenever you travel to another planet, the Map-O-Matic will show the collectibles available for you to pick up. 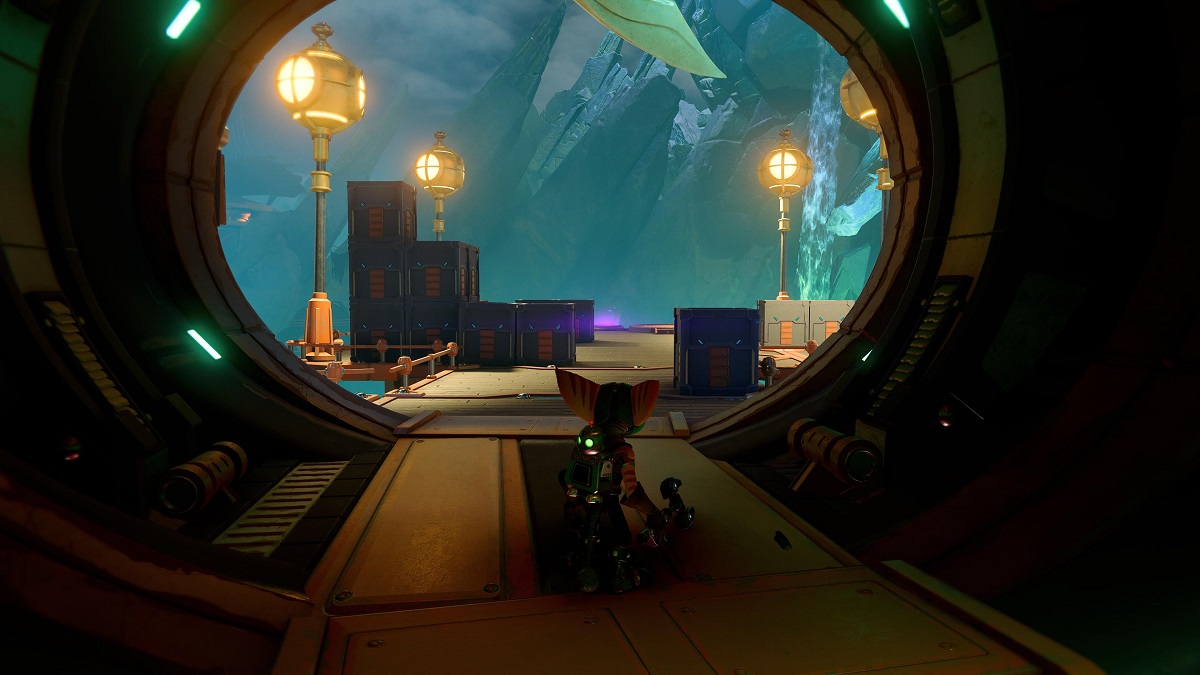 The map below highlights where you’ll need to go in order to collect the Map-O-Matic. Hopefully, you’ve followed our Ratchet & Clank: Rift Apart All Collectibles guide and it is now in your possession. Good luck on your quest, Lombax! 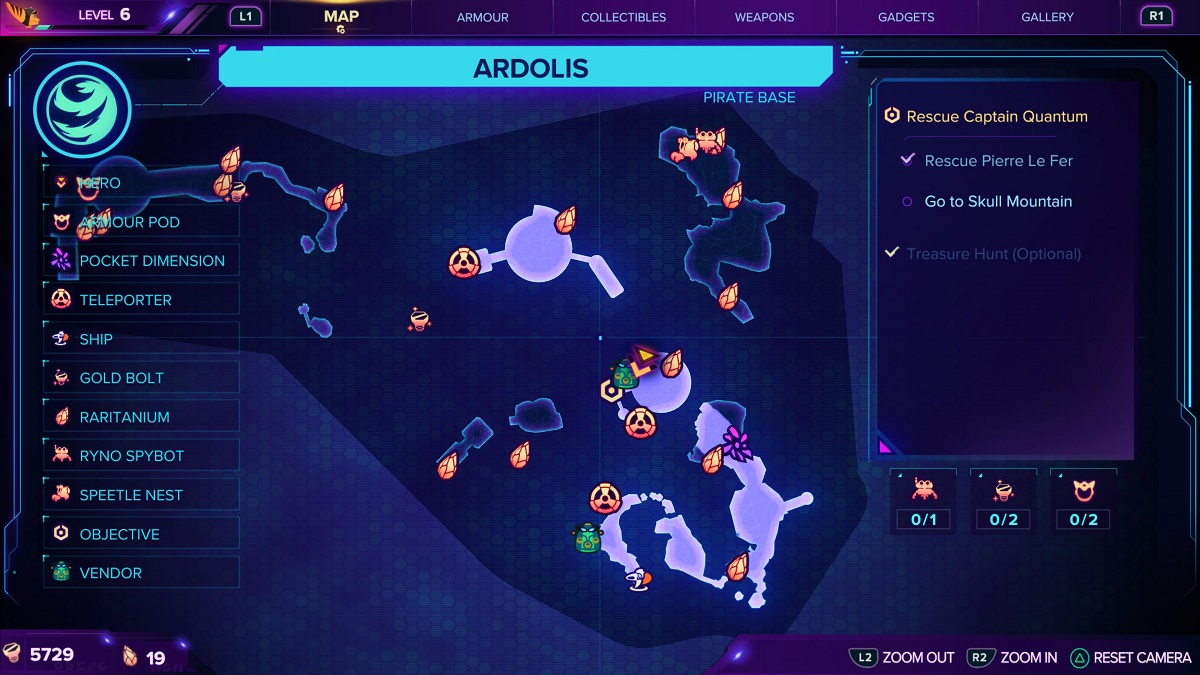 Video games are cool. Don't let anybody tell you any different.
MORE LIKE THIS
GuidesInsomniacps5Ratchet & Clank