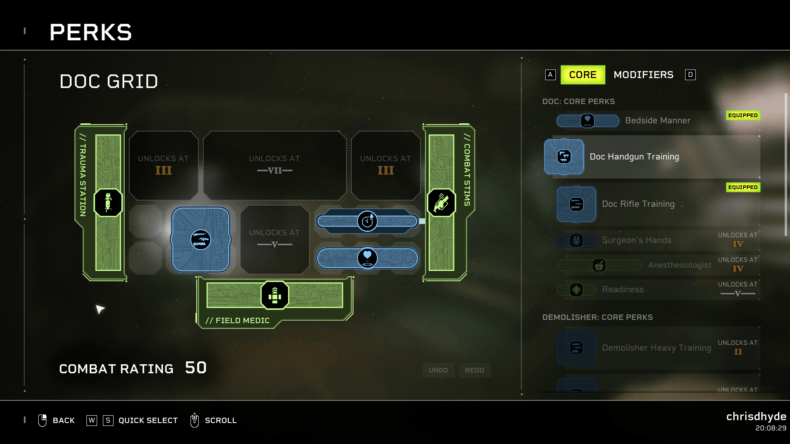 In Aliens Fireteam Elite you can equip various Perks to provide buffs to your character when out on missions. These benefits can greatly assist you in your fight against the Xenomorphs. How you actually equip Perks in Aliens Fireteam Elite is a little different from other games. In this guide, we’ll explore how Perks actually work and how to use them. These tips should help you maximise your loadout in no time.

As mentioned Perks are additional buffs you can add to your character to give yourself an edge whilst completing missions. To access the Perk screen, open up the main Menu screen. Scroll along to the Loadout tab, and select the Loadout Kit you want to modify (Gunner, Demolisher, Technician, or Doc). Then in the centre-right of the screen, select the Perks icon, to go into the Perks sub-menu. You will then be presented with the Perk Grid, which forms the basis for all your Perks

What is the Perk Grid?

The Perk Grid is where you can allocate any unlocked Perks you have. However, the key thing to remember is that the Perk Grid has a certain number of blocks that can be used for Perks. The Perks themselves have to be added to the grid, and they all take up different amounts of space, depending on their type. You can only use Perks if there is enough space to put them onto your Perk Grid.

You will notice that as you level up your proficiency in each of the Loadout Kits (Gunner, Demolisher, Technician, or Doc) you will unlock more space on your Perk Grid. This will give you more room for manoeuvre and enable you to pick more Perks. 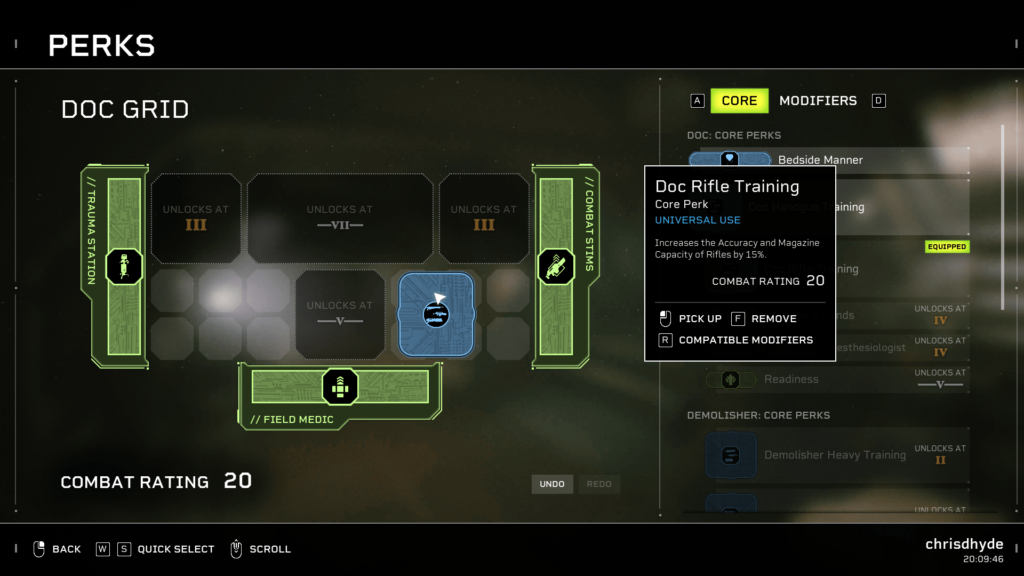 Some Perks are classed as Core Perks, and these Perks aren’t constrained by any other factors. You simply have to be able to fit the Perk anywhere on your grid and it becomes active. As such these are the most flexible Perks that you can unlock and they can form the basis of your Perk builds 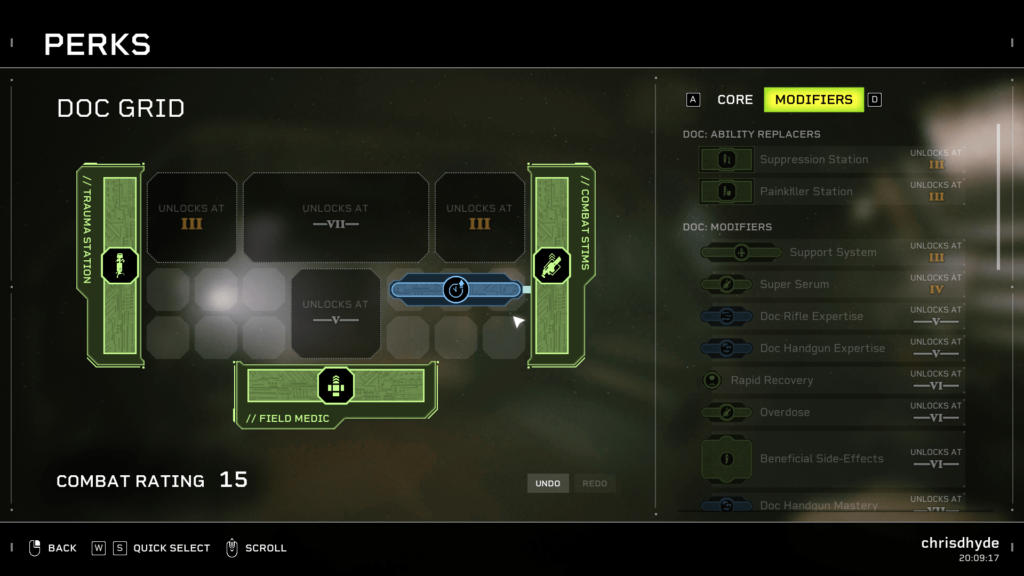 Other Perks such as Modifier Perks have additional considerations when using them. These Perks in Aliens Fireteam Elite will affect a particular ability linked to the Loadout Kit you have chosen. You will notice that each of your abilities are around the Perk Grid, either to the left, the right or along the bottom. The key thing with Modifier Perks is that they must not only fit on the Perks Grid, but also be adjacent to their corresponding ability to work. As such they require even more consideration when placing Perks. 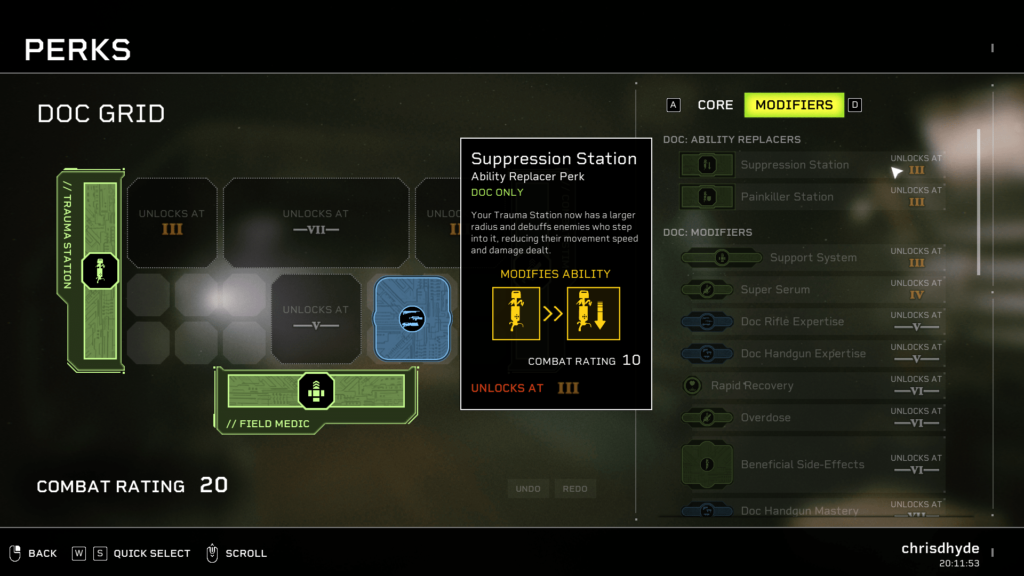 The final Perk type is the Ability Replacer Perk. These Perks actually physically upgrade one of your three main abilities. As such they also need placing adjacent to their corresponding Perk to work, similar to the Modifier Perks.

Aliens Fireteam Elite: Why you should Level Up

As well as unlocking more space on your Perk Grid, levelling up your relevant Loadout will mean you unlock more and more Perks to use on the Grid, giving you much more flexibility and options to play around with. Different Perks can still be unlocked at Level VIII, so there is plenty to get your teeth into and plenty to still keep you occupied.