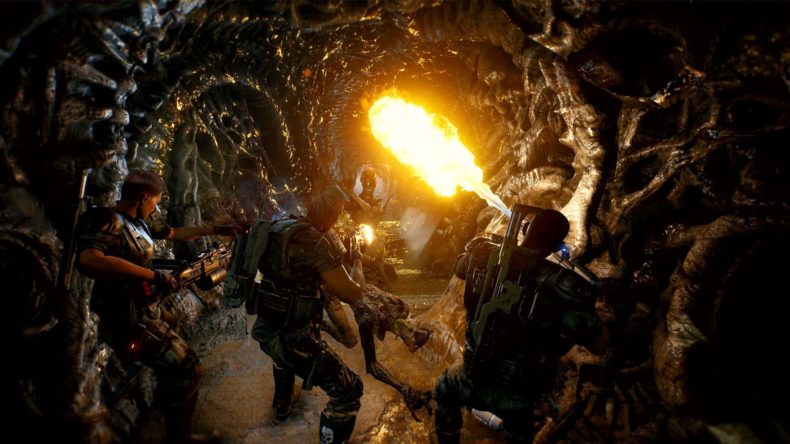 At nine months since release, it’s great to see Aliens: Fireteam Elite getting another big update, with the season 3 addition of the “lancer” class. The update is now available for all platforms: that’s PS4, PS5, Xbox One, Xbox Series S|X, and PC.

Aliens: Fireteam Elite – Season 3: Lancer follows on  from Season 2: Point Defense, which was released in December 2021. The lancer is a new heavy class that is aimed at improving defensive efficiency against the oncoming Xenomorphs.

The full details on all the free goodies for season 3 are as follows:

This Lancer class is accompanied by the introduction of the Presets feature that allows players to switch between different Marine loadouts on the fly without the need to reassign individual cosmetics, consumables, weapons, or perks. With up to 10 customizable presets available per weapon and class, players will even be able to experiment with multiple loadouts and playstyles for any of the game’s 7 playable classes.

Back in August, Mick gave the game a 7/10 score, saying: “A cross between a Left 4 Dead style team shooter, a class-based RPG like Outriders, and tower defence, Aliens: Fireteam Elite does some impressive things with the sights and sounds of its universe. Strip away that element, though, and you’re left with a fairly repetitive third-person shooter that struggles to tell an engaging story or deliver enough raw excitement to sustain you through the dull moments. It’s an absolute win if you’re a franchise fan and you stick to the multiplayer; if you’re a solo player and the universe does nothing for you, there’s not much here worth exploring”.

Aliens: Fireteam Elite is out now on PC, PS4, PS5, Xbox One, and Xbox Series S|X.