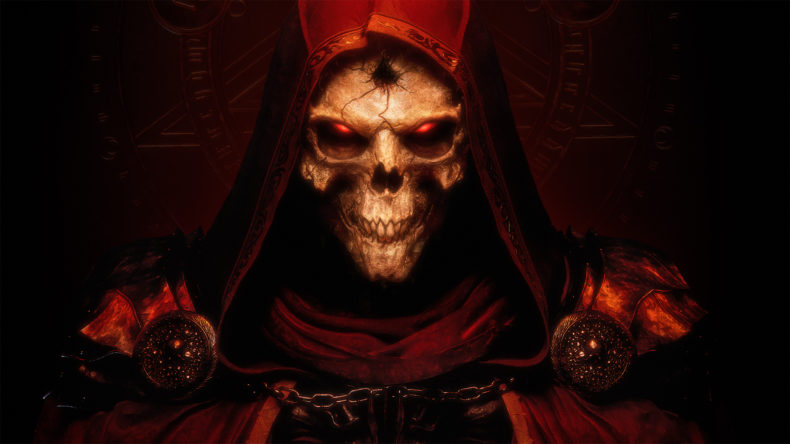 I’ll admit before I begin this that Diablo 2 is one of my favourite games, ever. It’s in my top 5, for sure, and took up a good portion of my late teens / early twenties. It was the game that ignited my love for dungeon crawlers. It’s the reason I fall so hard for looters even now. And so I was never going in to Diablo 2 Resurrected with an impartial attitude. That being said, it still surprised me in both negative and positive ways.

For a start, below the surface this is the same game I was playing in 2000. In fact, you can push a button (or combination of buttons on Xbox) and the new skin will peel back to show the “Legacy Mode”. This in itself is weird. Because honestly I couldn’t remember the difference until I did it. 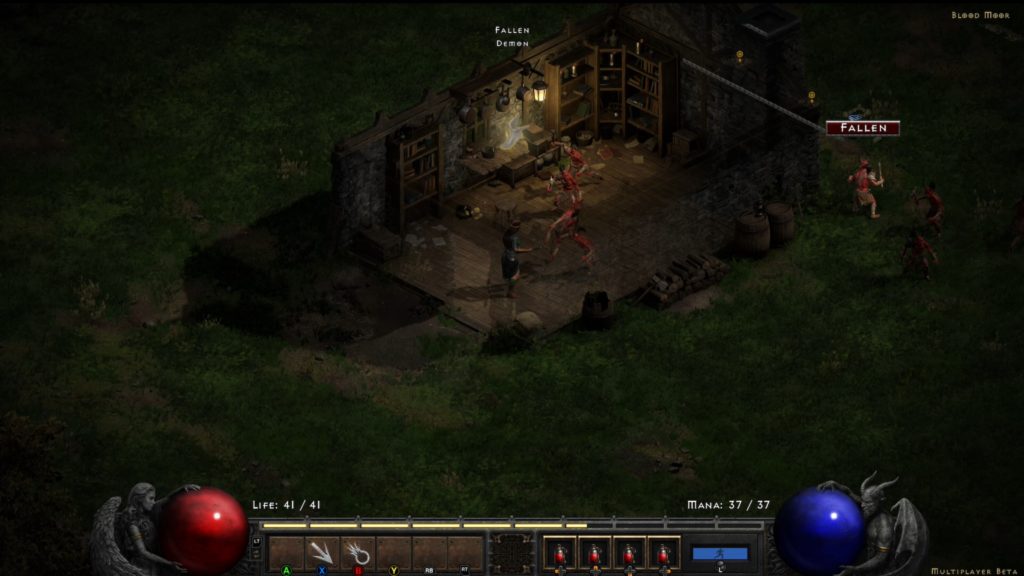 The atmosphere, the sound bites, the dialogue… The subtle but ominous music as you wander the Rogue Encampment. It’s all a rich tapestry that catapulted me back in time, and moving around I thought, “wow, this still looks really good.” Dumbass. It was only after flicking the Legacy Mode on that I realised my brain was playing silly buggers. Of course, it didn’t look this good in 2000.

On balance, Diablo 2 Resurrected doesn’t look quite as pretty or fluid as Diablo 3 does on PC. But it’s not far off. The animations are a little stiff, due to it being a reskin of a 20-year-old game with fairly rigid animations. The character models look great though, and seeing some of those beasties in finer detail is impressive. The tweaks to the character classes and their armour and weapons are also welcome. Aesthetics aside, that the gameplay is still massively on point is testament to the design.

It’s not just cliche to refer to dungeon-crawling looters as “Diablo clones”. There are mechanics introduced in the original and its sequel that still find their way into every modern iteration of the genre. What’s strange is that nothing developed since has been added to Resurrected. And look, it’s still very playable. It’s not nostalgia that made me enjoy every minute spent with the beta. 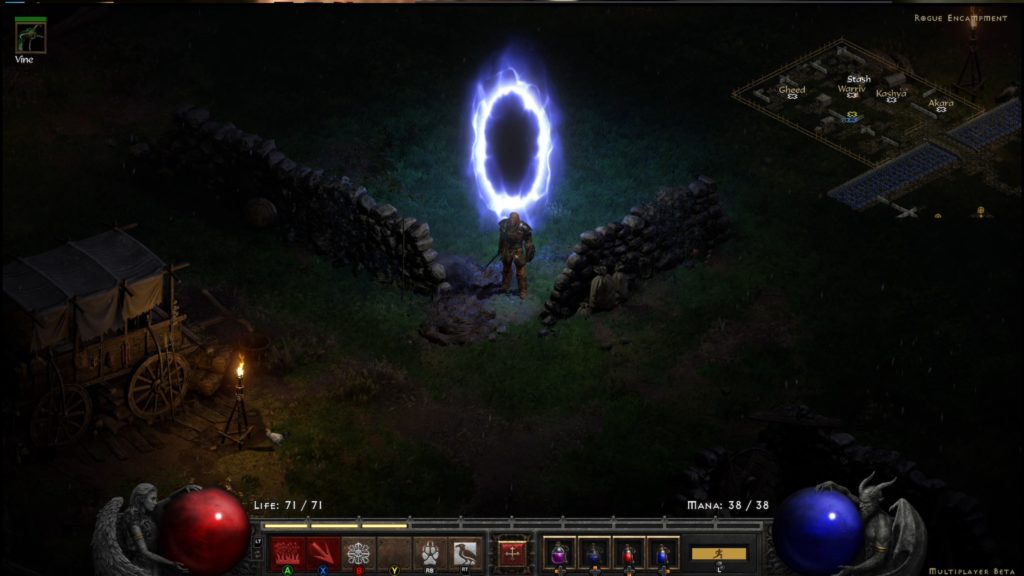 My main issues are that there are certain quality of life improvements that it has become hard to live without. Stackable potions and scrolls, for example. The inventory is pretty small, and you’ll be portalling back to town every twenty minutes or so to unburden yourself. And if you forget to bring scroll of Town Portal, you’ll be walking a fairway back to the nearest waypoint.

But complaining about these things in Diablo 2 Resurrected is a little unfair. This is not a remake, after all, but a remaster. And what is here is, perhaps not surprisingly, excellent. In the beta we only had access to five of the characters. My favourite, the Assassin, and the Necromancer, were not selectable. Instead I played mostly with the Druid and Sorceress. If nothing, it made me realise what was lost in the creation of Diablo 3’s skill trees. 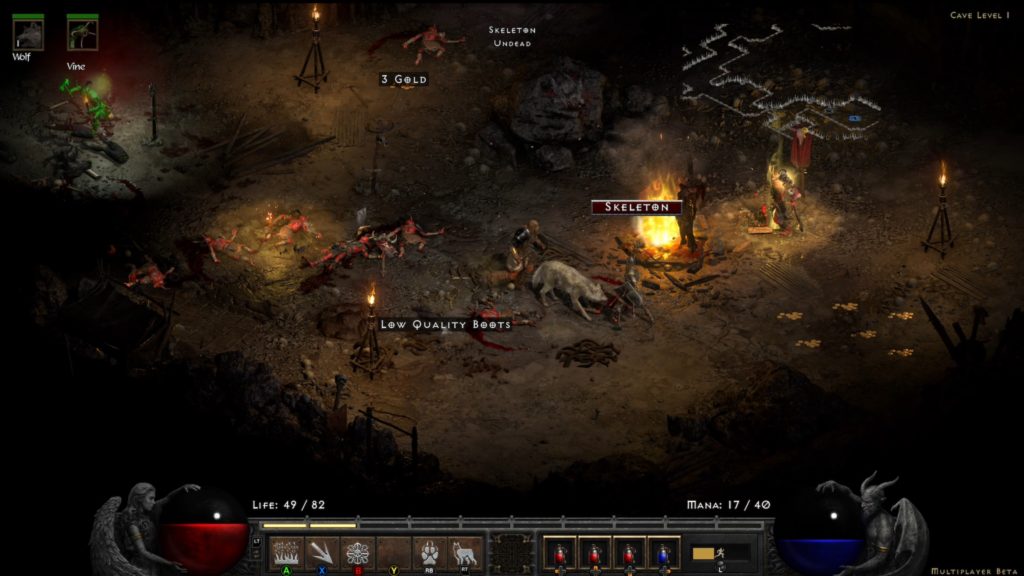 While I’m a huge fan of Reaper of Souls, the multiple branches of Diablo 2’s skill trees make it very easy to plot your way through to specific skills and particular builds. The characters feel incredibly unique, designed to work as well alone as in a group. Playing through the chapters of Act 1 I was reminded just how balanced the difficulty felt in D2. Feels, sorry. Present tense again now.

I wonder what newcomers to the game will think, though. Sadly, of that I have no idea. It may well feel too clunky to them; they may well hanker after those missing QoL tweaks. But when the reskin of a game first released 20 years ago plays better and feels more compelling than games released in the genre in the last five years, that tells you something. New players might raise a questioning eyebrow or two, then, but I’ve no doubt that fans of the original will go nuts for Diablo 2 Resurrected when it’s finally released.

Senior Content Editor Mick has been playing games for over 30 years and writing about them for around 12. After drifting from site to site for a while, settling briefly at the now-defunct Made2Game and freelancing for the gone-but-not-forgotten NintendoGamer Magazine, he came at last to rest at Godisageek. Mick has been a reviewer, staff writer and content editor here for some time, while also moonlighting a little for Red Bull Games. He has 4 kids, has written 2 novels, and sometimes even manages to pay a bill or two. You'll usually find him defending the galaxy in Destiny 2, battling evil in Diablo 3, or lurking in the background on Twitter. Find him there @Jedi_Beats_Tank, or on XBL (JediWaster247), PSN (Jedi_Waster) or Nintendo (JediWaster).
MORE LIKE THIS
blizzarddiabloDiablo 2 Resurrected