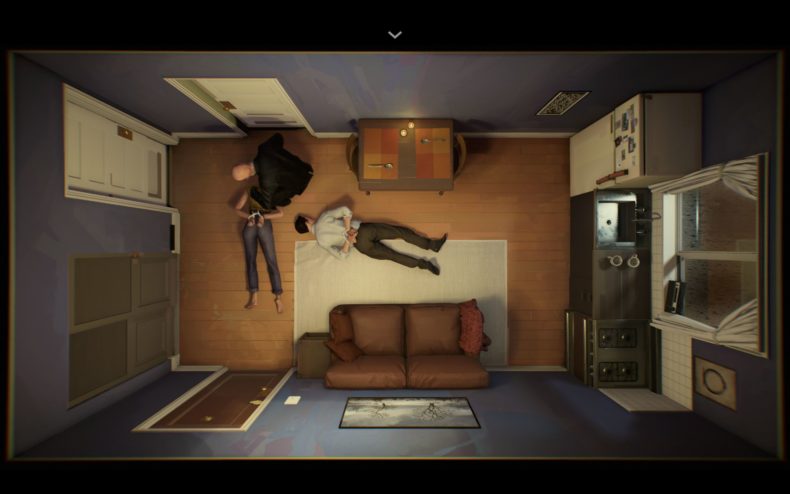 Annapurna Interactive has released a new trailer of the interactive thriller Twelve Minutes, launching August 19 on Xbox Game Pass, PC via Steam and the Windows Store, Xbox Series X/S, and Xbox One.

The events of Twelve Minutes unfold during the man’s romantic evening with his wife as it is interrupted by a violent home invasion.  The game features performances by James McAvoy (“the man”), Daisy Ridley (“the woman”), and Willem Dafoe (“the intruder”). Players find themselves trapped in a real-time twelve minute time loop, doomed to relive the same terror again and again.  This cycle will continue unless they can find ways to use the knowledge of what’s coming to change the outcome and break the loop.  The new launch trailer teases some of the potential outcomes, without revealing any huge spoilers.

You can check out the new trailer here:

A behind-the-scenes feature on the cast is also available.  Creative Director Luis Antonio shares behind-the-scenes insights into the making of Twelve Minutes, alongside the voice cast of James McAvoy, Daisy Ridley, and Willem Dafoe.  You can view it here:

If Found… coming to Nintendo Switch on October 22