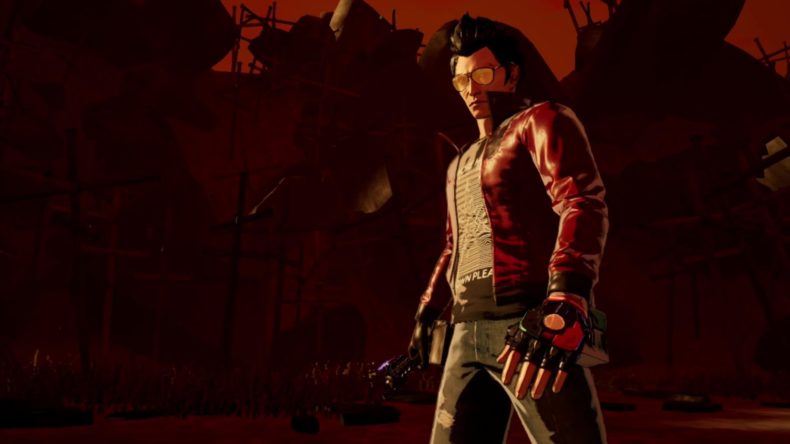 No More Heroes is all about looking good, kicking ass, and working your way up the Galactic Superhero Rankings. To do that however you have to takedown the current members of that illustrious group. These boss fights can prove quite tricky to master, but don’t worry here at God is a Geek, we’ve got you covered. Mr Blackhole is the first boss to tackle on your way to ultimate victory in No More Heroes 3. Our handy guide will tell you everything you need to know to overcome this initial foe. 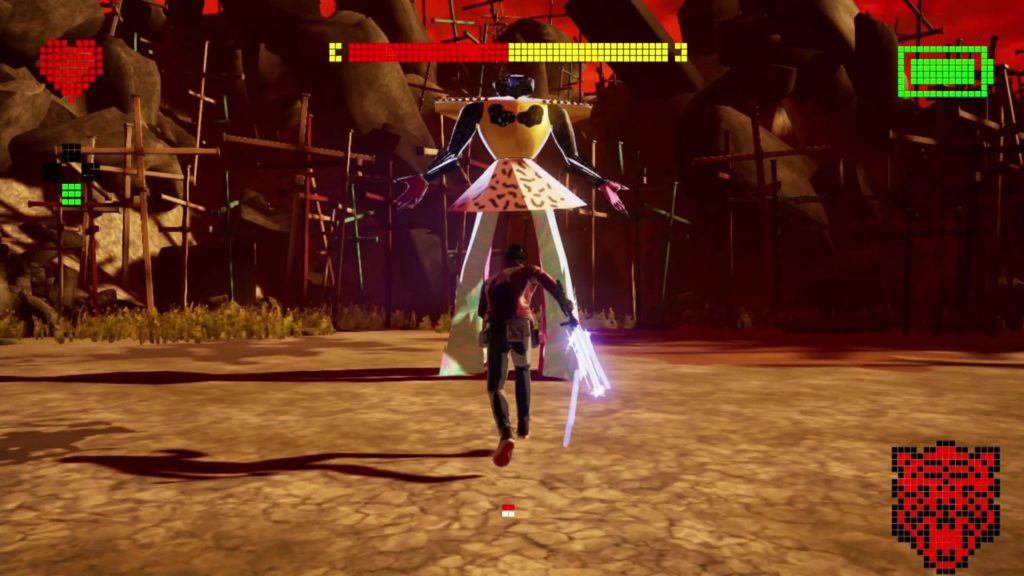 Mr Blackhole will raise his arms up and then after a second or so produce rings of black waves that damage a small area around him. If you’re caught in this area, you’ll take 12 points of damage, so it’s well worth avoiding. Don’t get greedy with the up-close attacks and you should be fine to dodge this move.

Mr Blackhole will disappear and in quick succession, black hole portals will appear that Mr Blackhole will punch through aiming in your direction. The final two will be facing each other, so the two arms meet in the middle. At this point, Mr Blackhole is vulnerable to a few easy hits before he returns to his normal form. In terms of the initial punches, these can easily be avoided by keeping on the move. Also keep control of the camera to be aware of where the next portal (and therefore punch) is coming from. Then take your chance when the last two arms meet together.

In this attack, Mr Blackhole will again descend into his black hole portals but this time he will appear and dash at you. The dash directions are marked on screen, so irrespective of your camera direction you get an early indication of what’s coming. Given this notice, these are easily dodged, just simply move to the side of the trajectory a few times. Note after the last Blackhole Dash, Mr Blackhole will reappear with a ground pound that will do damage if it connects with you. Simply stay away from him until he has appeared, and then rush in for some quick, easy damage. 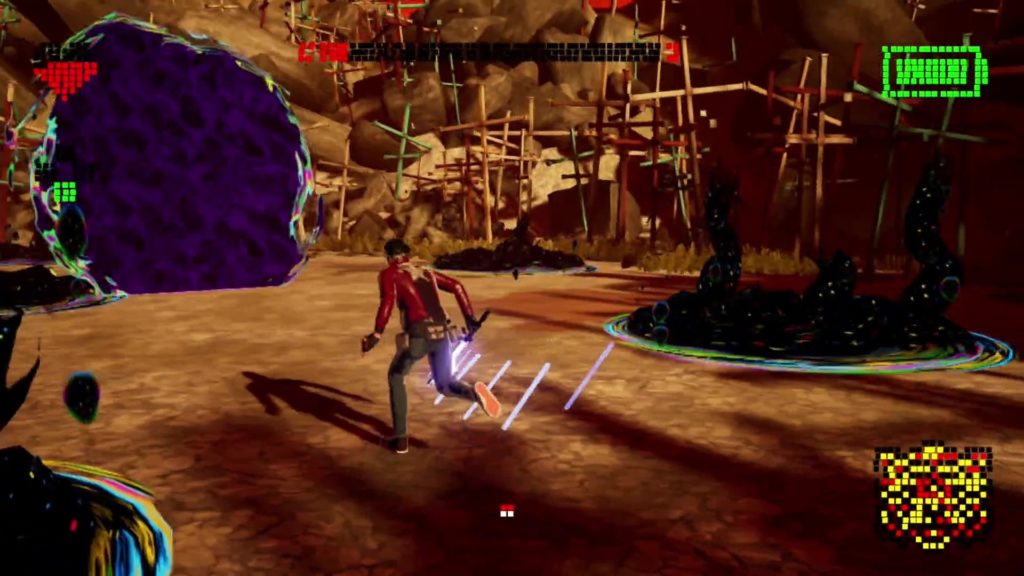 Once Mr Blackhole’s health has depleted to half, he’ll get tougher to beat by adding numerous Black Hole pools to the ground of the arena. You must avoid these for the rest of the fight or they will damage you. This makes dodging the above moves more difficult as you have less room to manoeuvre. However, there is still decent space between the pools it just requires more careful consideration to not make a silly mistake.

As you’ll notice from the above attacks, Mr Blackhole telegraphs a lot of his moves. However,  whilst they do damage you, none are particularly punishing should you make the odd mistake. Most importantly, take your time with your attacks, and don’t get greedy. If you do, you’ll fall foul of his AOE attack or accidentally get damaged by a Blackhole Pool.

As always make use of your camera, to keep him visible as much as possible. He moves around a bit courtesy of his Blackhole moveset. And keep an eye on the charge of Beam Katana, so you don’t get caught short at any point.