previous
Amazon's MMO New World soundtrack released
random
next
How To Write an Essay on Video Games in The Best Way?
0 comments 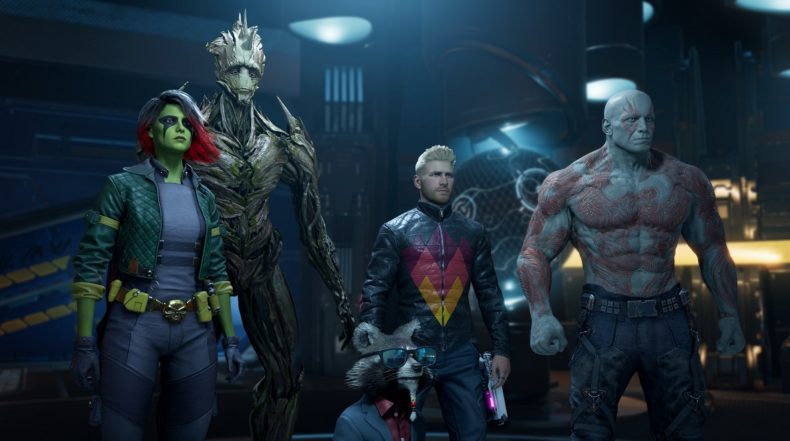 When I first heard about Marvel’s Guardian of the Galaxy, I was dubious. After the lukewarm reception and subsequent disappointment of Marvel’s Avengers, would this face a similar reception? I was lucky enough to spend a few hours playing Eidos Montreal’s take on the loveable space pirates. Firstly, this was so much more than I expected. Secondly, I thoroughly enjoyed what I saw. With layers in combat, plenty of humour, and an engaging story, I think fans of the Guardians are going to be very happy.

Marvel’s Guardians of the Galaxy: An authentic take

I played through the entirety of Chapter 5, titled, ‘Due or Die.’ I visited the heart of the Nova Corps to find Centurion Ko-Rel. Of course, it all went south as soon as I found members of the Corp being mind-controlled by the Universal Church of Truth. The fact they’re in it is exiting enough, especially with their ties to Adam Warlock. I didn’t see Magnus, but the possibility of bumping into him at some point is pretty cool. Regardless, the story, or what I got to see, had me hooked.

The Guardians themselves exude personality. Star Lord is a cheeky and honourable leader; Drax is a dry-humoured and powerful warrior; Gamora is a troubled and vulnerable assassin; Rocket is a surly and sensitive tech wizard; and Groot is, well, he is Groot. Each character bounces of the other. There’s a great sense of belonging. Friendship runs through the Guardians, and each member has something important to bring to the group. I spent a good while exploring the Milano: the Guardians ship. As I wandered around, I was able to have some deep conversations with each member. 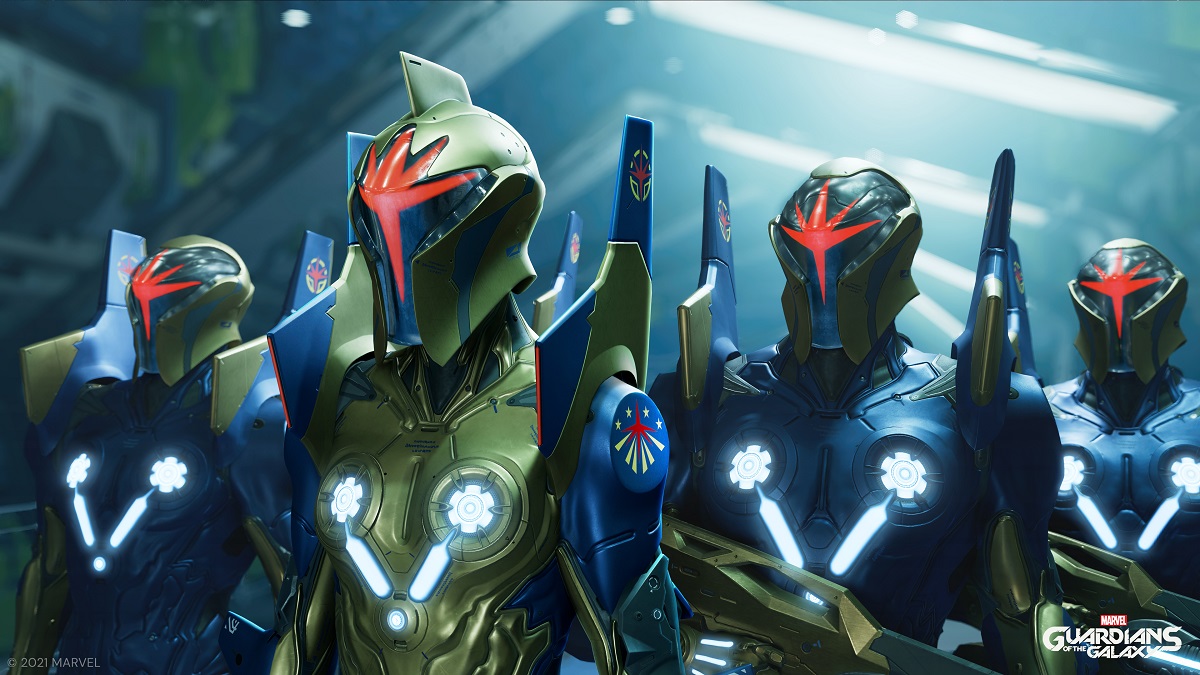 These chats provided a back story to them all. I learned about the experiments Rocket had to face on Halfworld at the hands of the Kree. Gamora talked to me about her father, the mighty Thanos, and his obsession with Lady Death. Not only did I find out about Quill’s relationship with Yondu, but there were some cool Easter Eggs. In Quill’s bedroom, there was a poster of X-Men’s Dazzler, Richard Rider AKA Nova was mentioned, and more. Marvel’s Guardians of the Galaxy knows its stuff, and there’s plenty of material likely to be covered in the full game.

When it comes to gameplay, there’s a lot to get to grips with. Even though there’s plenty to learn, it’s not complicated in the slightest. Fighting multiple enemies is fluid, and using the entire gang is straightforward enough. You play as Star Lord, and can get in close with your fists, or fire your blaster. Standard bullets are your main source of ammunition, but Quill can also fire ice bullets to freeze enemies and stop mechanisms in order to get through doors. There’ll likely be more upgrades for your weapon, and more types of ammo. Parts can be found everywhere which can be used at workbenches to upgrade abilities and more. 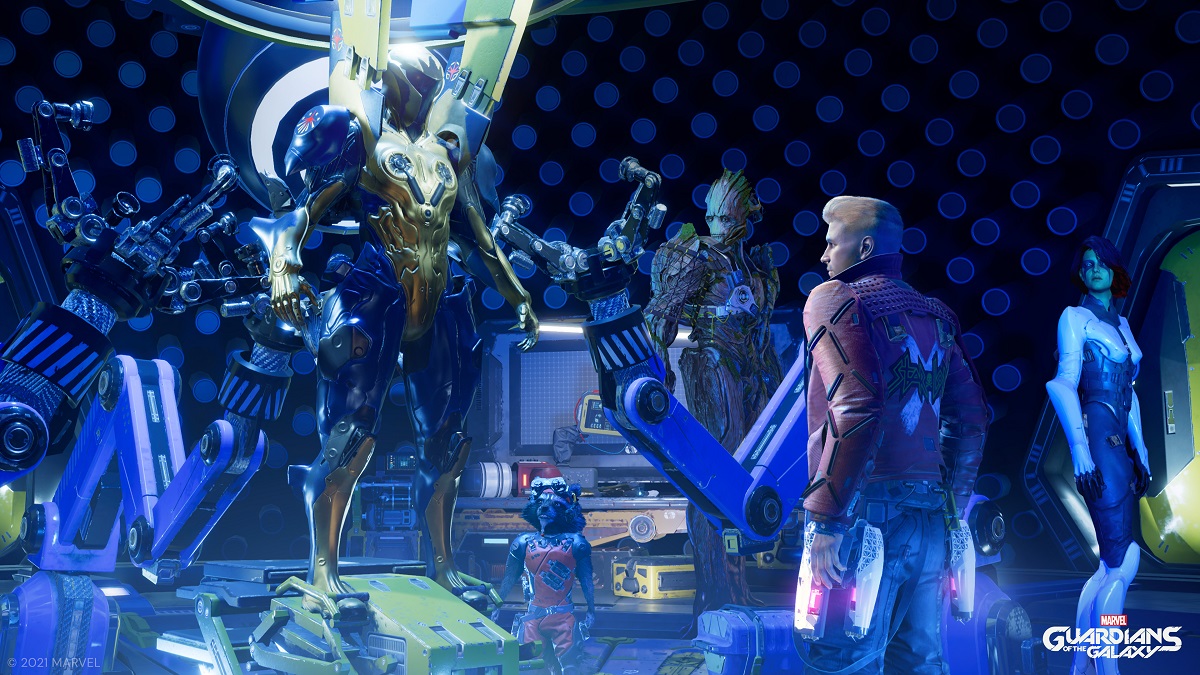 Quill also has a scanner which can find parts and other items hidden in chests. It also provides details on your surroundings, as well as enemies providing that you’ve unlocked the skill. In terms of bringing in other Guardians in battle, a simple press of the L1/LB button brings up your team menu. In battle, you can send in whoever you want. New moves can be learned by levelling up and gaining XP. If you need Drax to jump in and rip an enemy apart, you can. If you’d prefer to get Groot to trap someone in his branches, or get Rocket to throw some bombs, the options are there.

CHECK THIS OUT: The current HyperX lineup is absolutely superb

You can also perform team attacks where the entire posse can attack enemies in a single animation. Huddles are another feature of combat. By pressing the two shoulder buttons together, Quill calls in a team meeting. If you succeed in getting everyone pumped, a brief buff will be equipped, helping to get the upper hand on a bunch of enemies. When you’re fighting off a large amount of bad guys, everything flows really well. Not only do you have a lot of options, it also looks impressive. Finally, beating up soldiers to Europe’s The Final Countdown is a really satisfying experience. 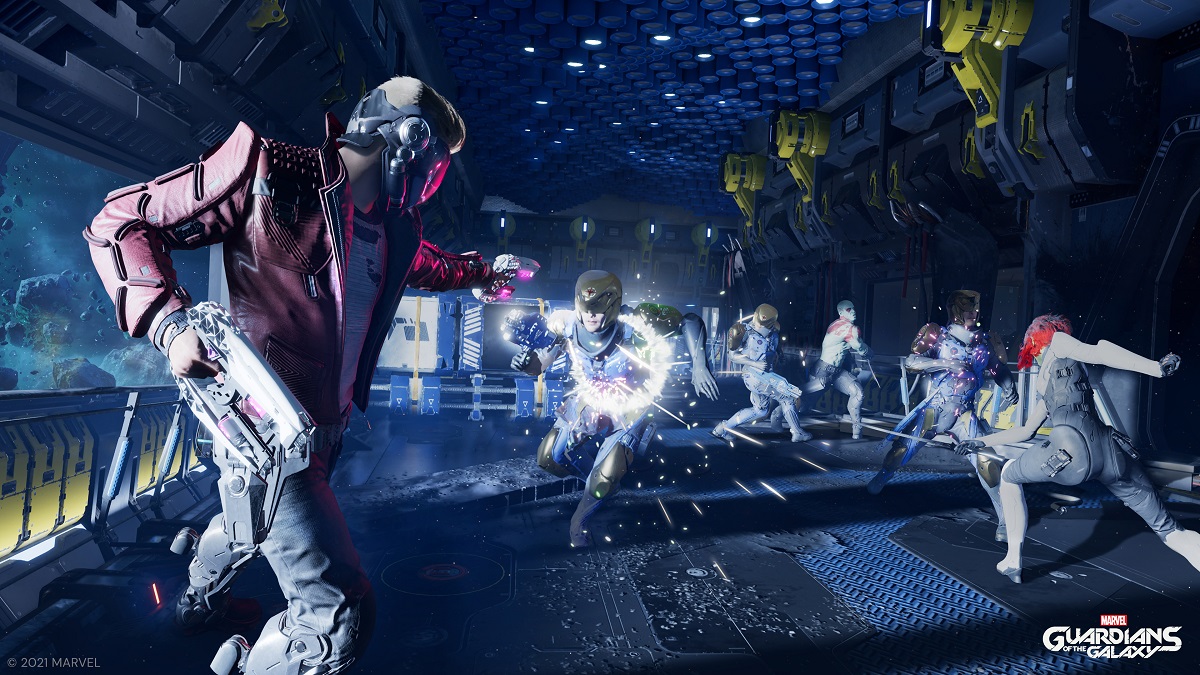 Marvel’s Guardians of the Galaxy is going to be great. I’m looking forward to unlocking new abilities and having a wide range of options in combat. Eidos Montreal has made sure each Guardian is familiar and authentic. They feel like great friends who would do anything for one another. The writing is solid, and with plenty to do and see outside of fighting, I can’t wait to see more. It’s a deep game with some nice puzzles and great opportunities to make the most out of the greatest team of superheroes in the universe. Roll on October.

Marvel’s Guardians of the Galaxy is set to hit Xbox, PlayStation, PC, and Nintendo Switch on October 26, 2021.