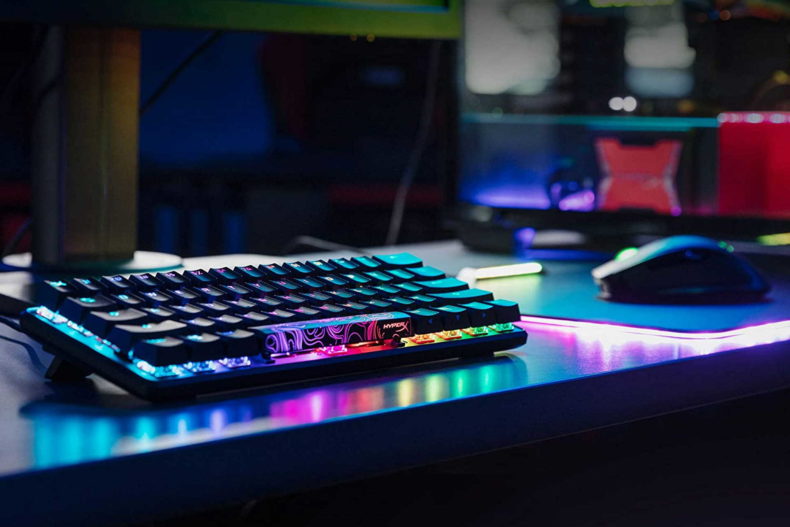 It’s been a while since I’ve checked out some of the HyperX lineup, and boy am I impressed. We got sent a big box full of goodies, from keyboards to mice, charge-kits to headsets. And given that everyone loves a good peripheral, I thought I’d round them up and explain to you why I’m so impressed with pretty much everything HyperX has to offer in its current 2021 lineup.

Along with what we think of each product, there’ll be the price, so if you like the sound of it, you can work out if the bank balance can withstand the impact this month. Also, don’t hate me for this, but some of these are potentially excellent stocking fillers. There, I said it. Sorry.

Chargeplay Duo was looked at by Chris Hyde. 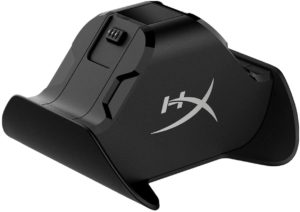 Batteries are at a premium in most houses, they seemingly disappear as quickly as they get bought. And nothing is more frustrating than running out of juice on an Xbox controller and not being able to find any replacement batteries. The HyperX Chargeplay Duo is a solid solution, offering a stand and rechargeable packs for two separate Xbox controllers. They’re compatible with both Xbox One and Series X|S controllers, making them a solid investment for either generation. Setup was incredibly simple, and the battery pack and casing fitted together easily and tight to the controller.

The controller fits nicely into the charging station itself, and a full charge lasts a long time too, even if you don’t have a second controller to be charging in the meantime. The docking station lights confirm when controllers are charging and when fully charged so there are no surprises. In fact the only difference you’ll really notice is a slight protrusion on the back of the controller to allow the battery pack to connect to the dock and charge. But honestly it’s barely noticeable and well worth it for completely retiring the need for batteries to charge your controller.

I have been using a Hyperx Pulsefire mouse for a long time, namely the Pulsefire Surge, which is actually marginally cheaper than the haste is. That said, the Surge is a lot older now, and it really does seem it. The first thing noticeable about the haste is how lightweight it is. It’s 59 grams, for those wondering, and going back to my Surge feels like I’m moving three of them at once. Despite how light it is, it feels sturdy and while it’s not wireless, I’ve always preferred a wired mouse for gaming. It has a HyperFlex USB cable and a split button design, and is fully customisable with the HyperX NGENUITY software, which we’ll come onto a bit later. For a budget mouse, this thing is killer.

For a long time, Blue have ruled the roost when it came to the entry level and above podcast or streaming microphone. But lately, I’ve seen more and more people using the HyperX Quadcast mic. Part of that will, sure, be the fact it looks way cooler than pretty much anything else on the market. It has RGB lights all over it, potentially making people think it looks like fashion over function, but that’s far from the truth. With a capacitive mute button on top you won’t hear any massive “Clonk!” when someone mutes their mic, and the gain control is at the bottom, offering a smooth motion to also reduce any unwanted noise. Like most mics of its ilk, people will use it wrong and have it too far away from them with the gain up, but get the gain down and get in close, and this is a super USB mic. Not only does it sound great, the functionality is just better thought out, and with a built in pop filter and shock mount, this is just a brilliant entry level (or slightly above) mic for podcasting or streaming.

Speaking of lightweight… The HyperX Alloy Origins 60 is not that. A heavy duty feeling keyboard, it feels small but expensive. You’re paying for quality here, but for those not used to a small-form keyboard, what I’d say is that while there will always be a period of adjustment, the mechanical nature meant I was used to how it felt right away, and despite the smaller form nature, it actually has good spacing between the keys. 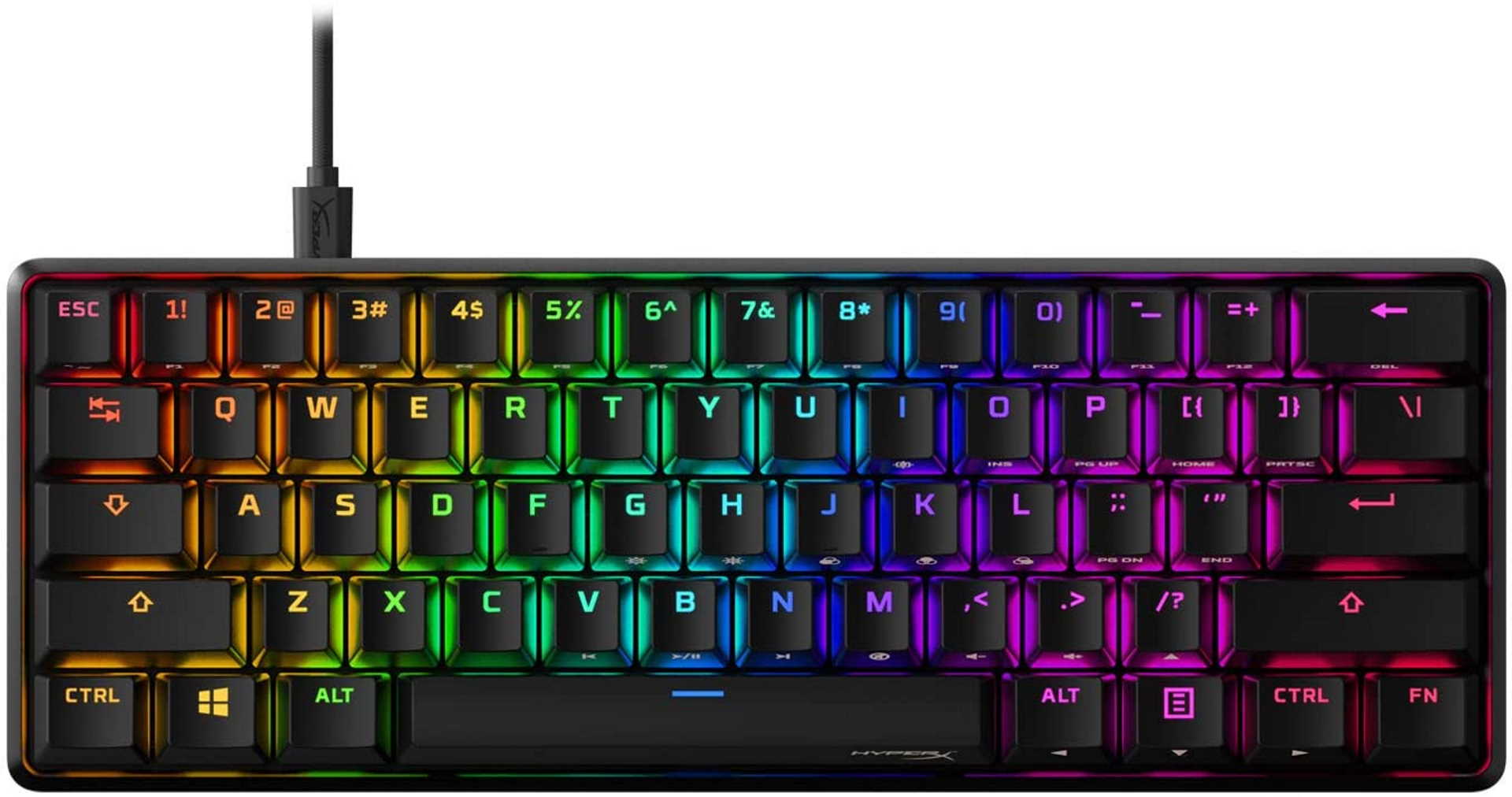 To operate the “missing” functionality in term of appearance, it’s simply a case of using the “function” key to find the things that’d otherwise have their own button. It’s a great keyboard for those who can’t stand laptop keyboards, as well, and it’s definitely becoming a part of my setup in that respect.

I’ve saved the best for last because, frankly, this headset is absolutely incredible. For the money, it’s a beast. The battery life is superb, the audio quality is crystal clear, while retaining the bass you’d want. Crucially, they’re great for using when doing long edits, or long sessions, because they’re comfortable even with wearing glasses. With the HyperX NGENUITY software you can mute your mic, or even check battery levels, but you can also get into the EQ of how your headset sounds. The mic is about as good as you can get for a headset of this price range, and honestly, it’s become my main headset. 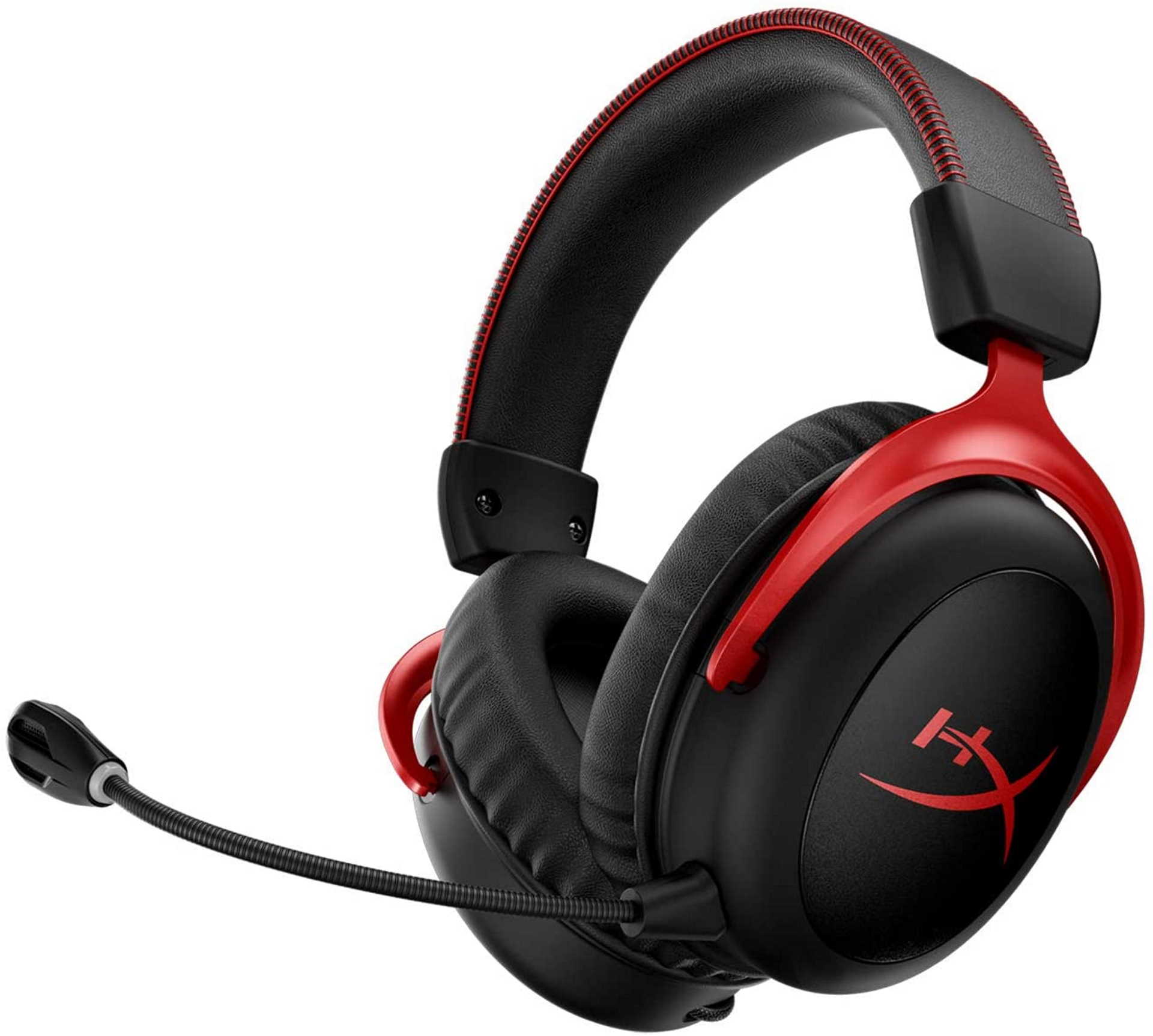 It’s the biggest surprise of the pack, and is especially good for music, allowing subtleties to ring through that you can’t hear on other headsets. Mic-monitoring is available as well, and really the only negative is that it feels very much a PC-headset. It does work with Switch and PS4, but it’s clearly designed for PC use, which is fine with me.