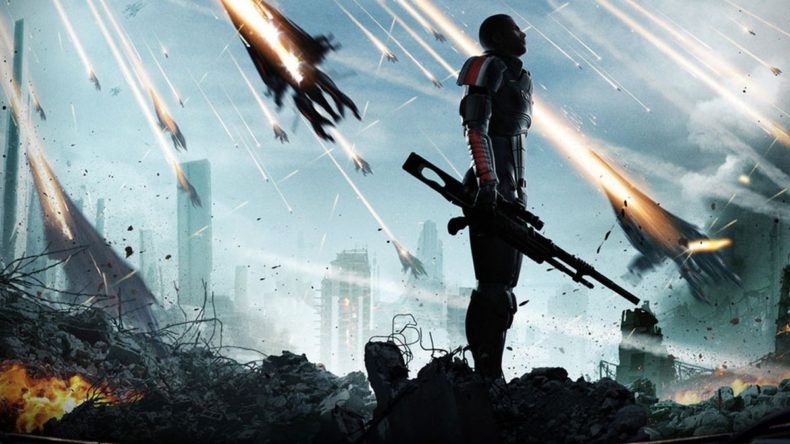 In honour of the annual N7 Day, BioWare has released a blog that both celebrates the history of Mass Effect and looks forward to the future. Earlier this year, Mass Effect Legendary Edition released, with better visuals, control enhancements, and more. While talking about how the series has spawned comics, board games, and other forms of entertainment, BioWare has made a point of not only celebrating the games, but also the fans.

“This universe wouldn’t be much without you to explore it,” the blog reads. “You’ve shared with us your love for the series through art, fan fiction, cosplay, and countless other gestures of appreciation that make us feel so grateful, in turn, to have you as fans.” For N7 Day, BioWare has announced some brand new accessories, competitions, and sales that are dropping today. These include:

BioWare also touch upon how excited they are to get back in touch with the fans at live events, especially after the global pandemic. “I can’t wait to answer fans’ questions in person!” said Mac Walters, Project Director on Mass Effect Legendary Edition. “Whether it’s panels, or signings, or BioWare Base…it’s always fun to just be in the room with the fans and let them ask whatever they want.”

“Meeting franchise fans is always cool,” agreed Mike Gamble, Project Director on the new Mass Effect game. “It’s good to see how the games have impacted people’s lives. Personally though, I miss the cosplay. I remember at San Diego Comic Con a number of years back, how many groups of Mass Effect cosplayers there were. I want to see that continue. And hopefully we can create new characters that everyone will love and continue the tradition.”

There was the briefest of mentions about the next entry into the series, stating they were “hard at work on the next adventure in the Mass Effect universe.” Finally, BioWare wanted to share an infographic about the choices players have made in Mass Effect Legendary Edition. These include how 60% of players chose Ashley, and 40% chose Kaidan; 69% chose to save the council at the end of the original game; and only 15% didn’t recruit series favourite Garrus. You can check out the entire infographic below.

Video games are cool. Don't let anybody tell you any different.
MORE LIKE THIS
BiowareMAss Effectmass effect legendary edition