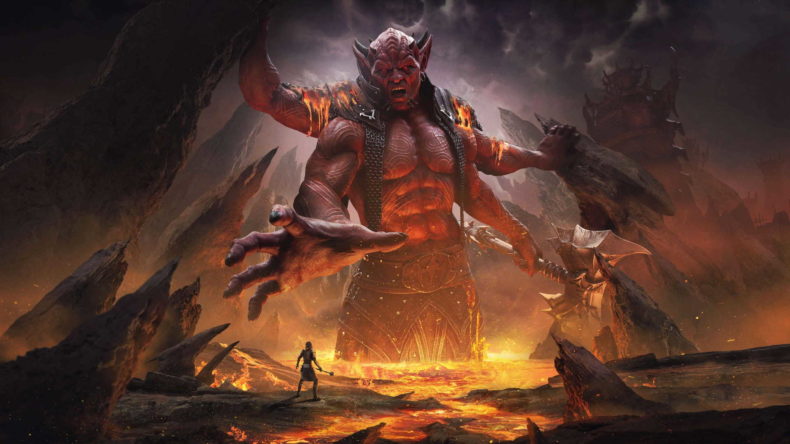 The Elder Scrolls Online launched way back in 2014, and has gone under massive changes ever since. It all culminated in the fan favourite Oblivion title coming back, sort of, via in-game DLC called Gates of Oblivion. Well it seems that all good things must come to an end. The final piece of DLC for Gates of Oblivion is hitting consoles on November 16th. However, if you’re on PC, Mac, or Stadia, it’s available now.

Here’s the official information from Bethesda on Deadlands, Gates of Oblivion. “Those who’ve played The Elder Scrolls IV: Oblivion will recognize some parts of the Deadlands from the BGS classic. But captivating new regions also await in The Burn, The Sever, and the desert metropolis known as Fargrave. From molten rivers to vicious storms to a bustling city of trade. These new areas expand The Elder Scrolls lore in new directions to capture the imaginations of even the most dedicated Elder Scrolls fan.”

“Additionally, Deadlands introduces the new Armory system, allowing players to quickly swap custom character builds from their Homestead. Players can acquire the free Armory Station furnishing item from the Crown Store and place it in any of their homes. This enables them to be able to save, load or customize their characters’ unique builds.”

The final piece of content adds 20 hours to the game and has lots of new missions. These quests are unlocked by completing storylines in Deadlands and also the Blackwood chapter of The Elder Scrolls Online.

Deadlands is available via in-game Crowns, but is free if you’re an ESO Plus subscriber.