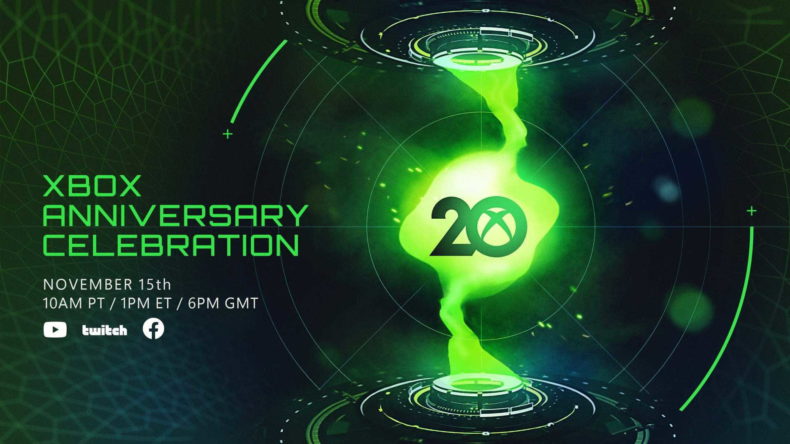 Did you know that the Xbox brand is coming up on 20 years old, and to celebrate that Xbox Anniversary, there’s going to be a live stream? Well, you do now.

Announced on the official Xbox Blog, it’s all going to be taking place on November 15th via Youtube, Twitch, and Facebook. The company is planning to celebrate some of the favourite moments from the last twenty years, and has been keen to tell people not to expect new game announcements at this Xbox Anniversary celebration stream.

With Halo Infinite due out in less than a month now, and Forza Horizon 5 being utterly incredibly, Xbox is getting back to doing what it does best: gaming. There was definitely a bit of a case of “the wilderness years” when Xbox was going hard after the TV and entertainment market. But now, with Game Pass being so successful, we’re starting to slowly see the fruits of the studio acquisitions and hardware power.

Here’s the details on the Xbox Anniversary Celebration