previous
WWE SuperCard Season 8 is out today
random
next
Alien: Isolation coming to iOS and Android next month
0 comments 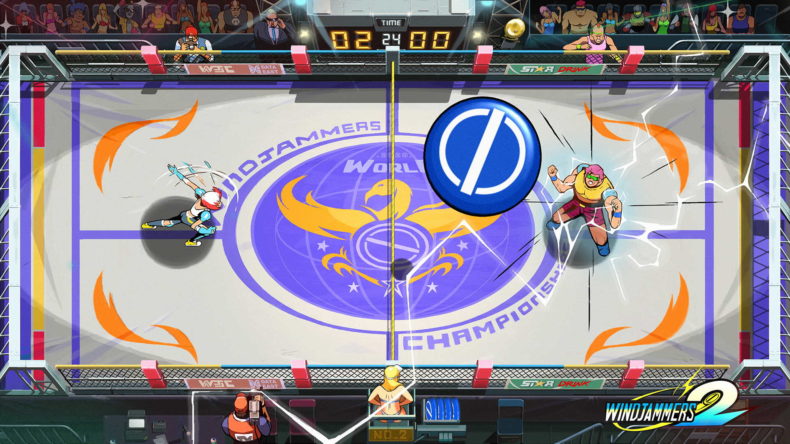 It feels like Windjammers 2 has been “coming soon” for ages now. Gamers of a certain age will recall Windjammers being a staple of the arcade-style gaming diet, and the remake was pretty decent as well. But Windjammers 2… still doesn’t have a released date.

However, DotEmu (the developer) has revealed two more of the playable lineup, in the form of Sammy Ho and returning favourite, Jordi Costa. Oh and the small fact that Windjammers 2 will be hitting Game Pass for console and PC. The title will support cross-play between PC and Xbox, and cross-generation support between PS4 and PS5.

Today’s announcement trailer reveals the all-new Sammy Ho, a gardener and budding star athlete hailing from China. Sammy’s mid-range agility and powerful throws make him a dangerous rival, and his special move channels a ferocious dragon’s energy for blistering shots on goal. Returning contender Jordi Costa is also bringing his court-crossing slides and mighty strength back into the action. You can see the trailer below.

The official word on Windjammers 2 says it’s an evolution of the original arcade classic. Here’s that blurb:

An evolution of the original arcade classic, Windjammers 2’s radical power disc-flinging showdowns pair approachable mechanics with subtle depth, offering up an accessible competitive sport that’s perfect for casual rounds as well as high-stakes tournaments. Fluidly hand-drawn 2D animation converts the intense energy and emotion of matches into a beautiful spectacle, making Windjammers 2 a joy to both play and watch.

We can’t wait to play it, but… again, it’s still just listed as “coming soon” for PlayStation, Xbox, PC, and Switch.