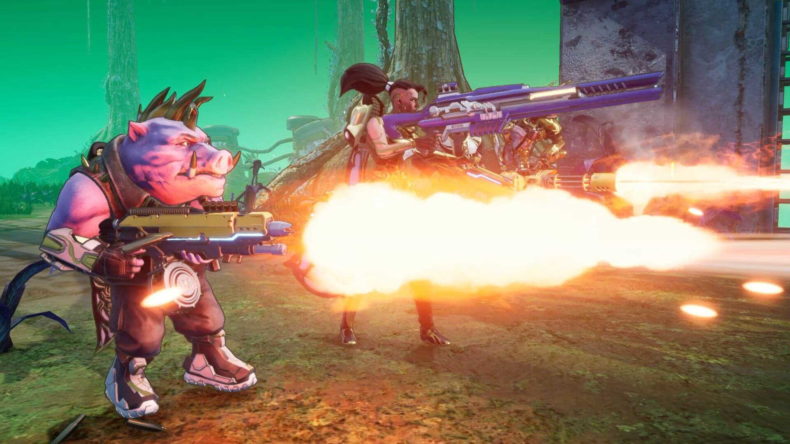 Space Punks update “The Friendly One” has been launched into early access, bringing lots of UI improvements, and even a party system update.

This Space Punks update aims to make it easier to play together with friends thanks to those party improvements. The previous update “The Crafty One” was more mechanics focused but the name “The Friendly One” is all about back-end updates.

Head of Flying Wild Hog’s Krakow Studio and Space Punks Game Director, Michael Kuk said: “This update provides players of Space Punks the opportunity to really explore the multiplayer aspect of the game, and delivers on one of the core tenets of the living game we want Space Punks to become. A community driven game where player feedback is integral to the design process, and that players can keep coming back to again and again. It’s hard to believe it’s only been a few months since our early access launch, but we have a lot more we’re looking forward to adding to Space Punks in the very near future, and can’t wait to show the community what we have up next.”

Back in July of this year, Mick had a look at Space Punks in early access, well before this update, and said: “There’s a lot of potential here, but at the moment it needs a bit more variety and personality. The shooting is fun, the aesthetic is lovely, and there are seeds of something great. Early access means it will grow, if given the chance, and so I’ll likely eat my words in a few months. But at this point Space Punks is a tad too generic to make a lasting impression.”