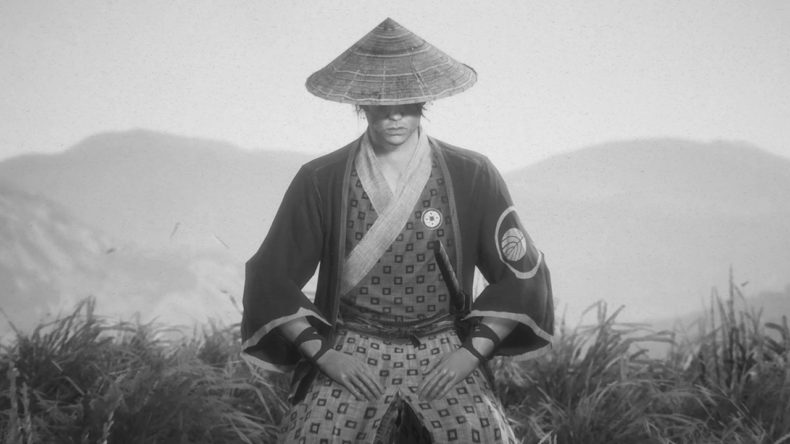 When we got our first look at Trek to Yomi, many – myself included – assumed it was going to be a counter-kill fighting game akin to Sifu. While the reality isn’t a million miles away, it’s worthy of more than such a throwaway comparison.

Having spent a few hours with the first two chapters of Trek to Yomi, I can confidently say that it’s very much its own thing. It’s certainly not as hard as Sifu. The preview build begins with the “Kabuki” difficulty option highlighted, which offers a story focus. This was far too easy even for my meagre skills, and so I opted to up the difficulty for a second run. Bushido was more my speed, but still not a steep challenge. Luckily, there are two more difficulty levels beyond this. 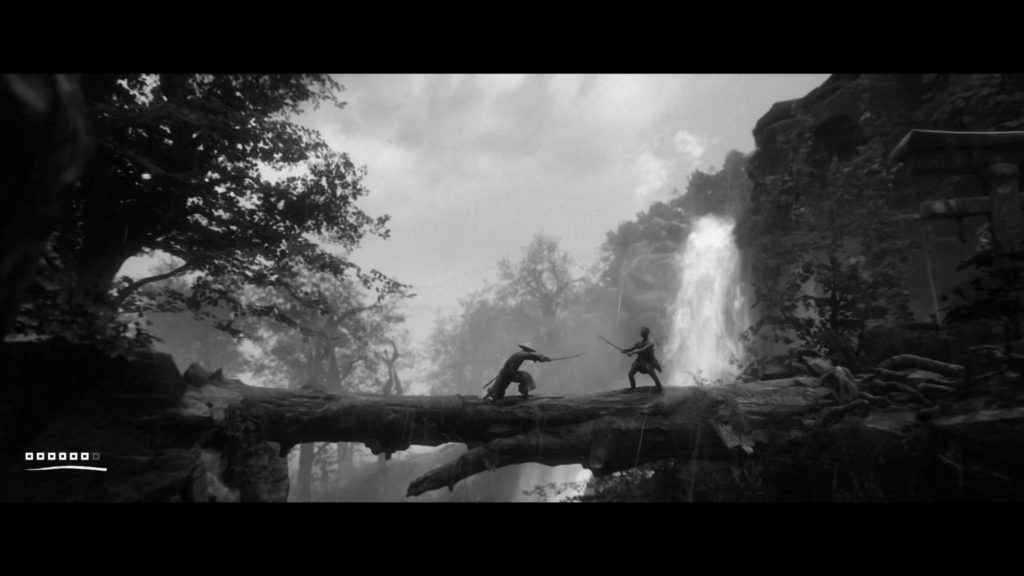 This is partly due to the nature of the combat. You are a samurai in Trek to Yomi, beginning as a child witnessing your home destroyed by bandits. You take up your father’s sword and wield it with skill – though you are much weaker than the bandits you face. The second chapter sees your character, Hiroki, as a young man. Separated from the group of Samurai you travel with, you soon find that they have been taken by bandits and must liberate them.

Combat is very simple in the opening few chapters. You attack with X on a standard Xbox controller, while Y is a heavy attack. You also have a dodge roll mapped to B, can block and parry with LB, and swiftly turn left and right with a tap of A. Most low level enemies can be dispatched with a single cut or stab. Others must be parried or blocked, and patience allows them to come to you.

You’ll soon learn to attack high and low, and wait for an enemy to finish attacking or stagger before following up. New combos and moves are unlocked as you progress, including the ability to instantly finish a staggered opponent. It’s not as fluid as Sifu, though it is satisfying to dispatch enemies one after another. 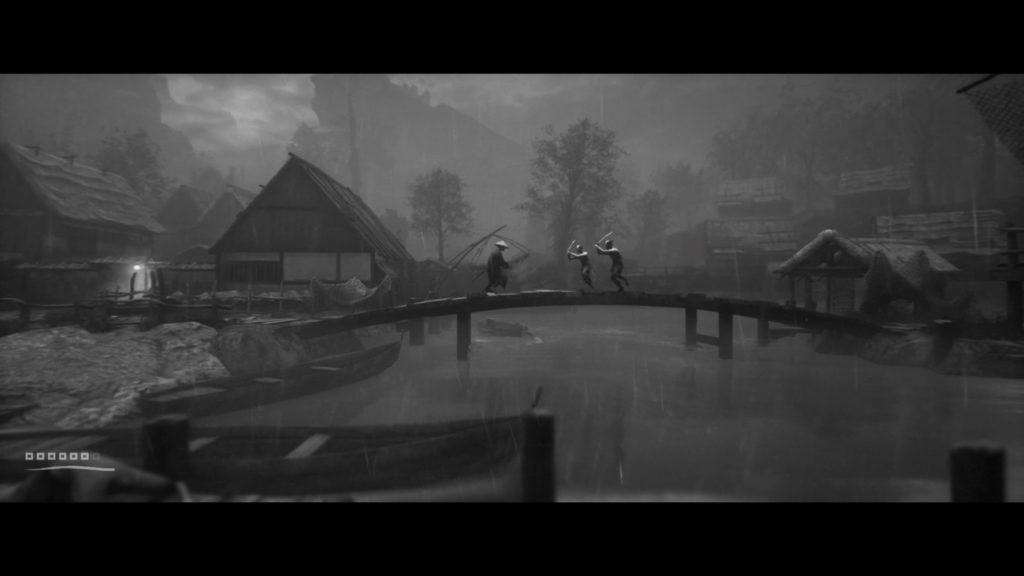 That being said, enemies tend to attack one at a time like nervous teenagers afraid to touch hands while reaching for the same biscuit. A more confident counter system would make short work of multiple enemies and feel that much cooler at the same time. Trek to Yomi is fun, but its combat pales against titles like Sifu and Ghost of Tsushima that offer a very similar experience.

Although, I get the feeling from the preview build that the actual gameplay is second fiddle to the atmosphere. This is a gorgeous game, presented like a Kurasawa classic. It’s black and white, beautifully scored with haunting strings that evoke the golden age of samurai movies. Camera angles shift and change as you progress, often offering multiple routes.

Secrets, upgrades, and collectibles are scattered everywhere and really reward exploration, Wandering off the path is easy and often only takes you off to the side somewhere for a few yards, so you won’t get lost looking for secrets. I found upgrades to health, stamina, and the number of shurikens I could carry. The latter are great for disorienting a charging enemy, though they don’t do much damage. 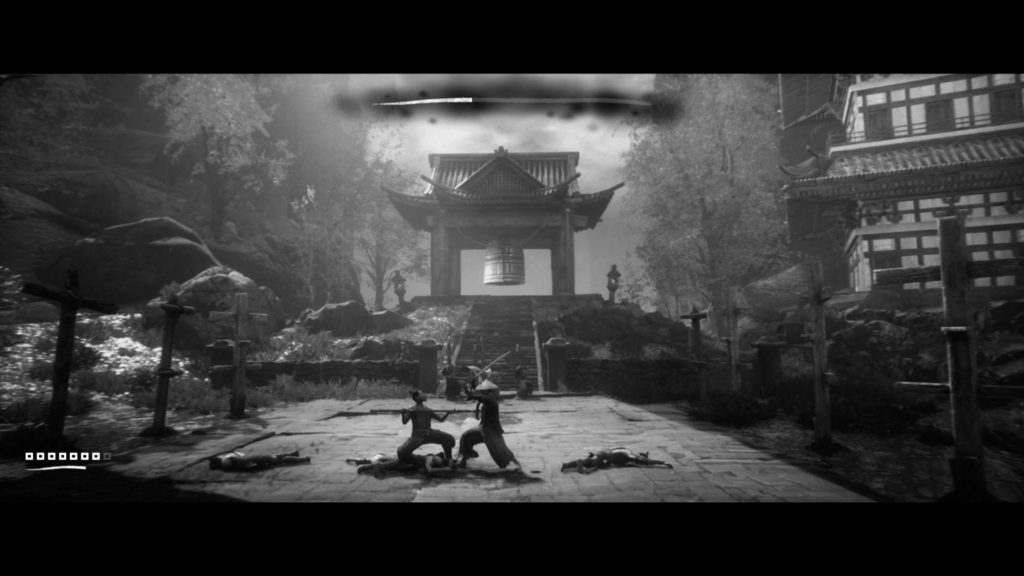 After just the first two chapters I know I’ll enjoy Trek to Yomi when it’s released. The combat isn’t quite as nuanced as I expected – although this is an early preview build and this could change. But the sheer atmosphere will be enough to carry the game for some. As to where the story will go – at present it’s too hard to say.

The preview culminated in a boss fight with a minor bandit leader, leaving Hiroki with the knowledge that his undefended village is likely under attack. With this sister now in his care, there’s a lot at stake. How this will play out remains to be seen, but it’s enough to make me care about what could happen.

Right now, Trek to Yomi feels good. It’s fun to play, beautiful to look at and listen to (aside all the wailing of dying villagers, of course), and has enough of a story to at least get my attention. Those expecting a super hard challenge may be disappointed, but with Flying Wild Hog showing great restraint at the helm and Devolver Digital on publishing duties, it’s certainly shaping up to be an interesting title nonetheless.

Senior Content Editor Mick has been playing games for over 30 years and writing about them for around 12. After drifting from site to site for a while, settling briefly at the now-defunct Made2Game and freelancing for the gone-but-not-forgotten NintendoGamer Magazine, he came at last to rest at Godisageek. Mick has been a reviewer, staff writer and content editor here for some time, while also moonlighting a little for Red Bull Games. He has 4 kids, has written 2 novels, and sometimes even manages to pay a bill or two. You'll usually find him defending the galaxy in Destiny 2, battling evil in Diablo 3, or lurking in the background on Twitter. Find him there @Jedi_Beats_Tank, or on XBL (JediWaster247), PSN (Jedi_Waster) or Nintendo (JediWaster).
MORE LIKE THIS
Devolver DigitalFlying Wild HogTrek to Yomi