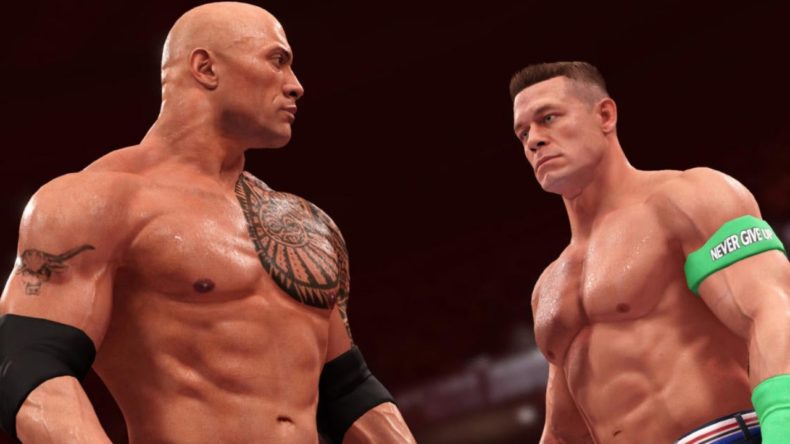 Publishers 2K have today released a brand new, hard-hitting gameplay trailer for the upcoming WWE 2K22. The trailer shows off a huge roster of fighters, all rendered in an enhanced, redesigned gameplay engine. Animations look as smooth and as tight as The Rock’s wrestling shorts in this new trailer, which gives us an explosive look at what’s in-store this March.

Following the poor reception to WWE 2k20 a few years ago, developer Visual Concepts took a year out and didn’t release an iteration at all in 2021. Our own Chris White called WWE 2K20 “a below average WWE game plagued with technical issues and glitches that ruin any potential enjoyment.” If nothing else, Visual Concepts need to pull something big out of their hat this year.

And judging by the “Booyaka” trailer, below, they might just pull it off. The new MyGM mode will mark the first time this fan-favourite game mode has featured in the series since Smackdown vs. Raw, in the days before 2K took over publishing duties. This mode allows you to draft wrestlers and manage their contracts, bringing them up from babyface newcomers to bona fide superstars.

WWE 2K22 also features the new MyFaction mode, allowing you to build your own iconic WWE faction to rival the nWo, building a team and upgrading your Superstars. This year’s edition also sees the return of the Creation Suite, in which you can create your own wrestler in your image or someone else’s. There’s also Universe Mode, which gives you control over building up brands, managing PPV events and nurturing rivalries to keep the fans coming back for more.

All of which bodes very well for WWE 2K22. Visual Concepts has a real chance to redeem a tarnished reputation with this year’s title, and it looks like they’re doing everything in their power to do just that.

Senior Content Editor Mick has been playing games for over 30 years and writing about them for around 12. After drifting from site to site for a while, settling briefly at the now-defunct Made2Game and freelancing for the gone-but-not-forgotten NintendoGamer Magazine, he came at last to rest at Godisageek. Mick has been a reviewer, staff writer and content editor here for some time, while also moonlighting a little for Red Bull Games. He has 4 kids, has written 2 novels, and sometimes even manages to pay a bill or two. You'll usually find him defending the galaxy in Destiny 2, battling evil in Diablo 3, or lurking in the background on Twitter. Find him there @Jedi_Beats_Tank, or on XBL (JediWaster247), PSN (Jedi_Waster) or Nintendo (JediWaster).
MORE LIKE THIS
2kVisual Conceptswwe 2k22