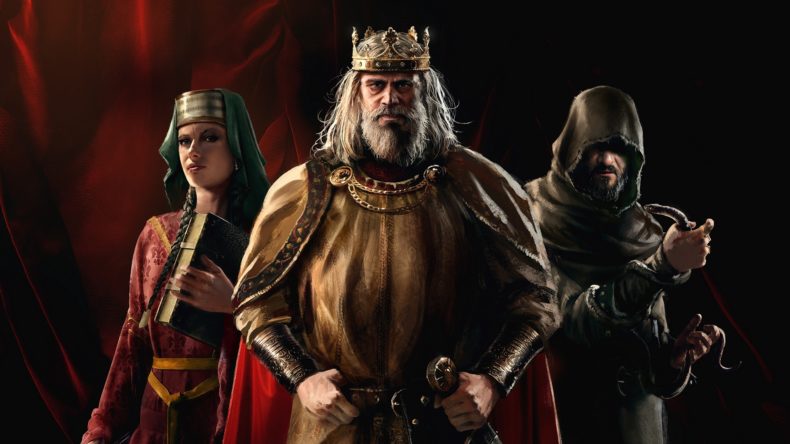 Working with developers Lab42, Paradox have adapted Crusader Kings III’s complex interface for console. We reviewed the game last year, and found it to be complex but rewarding, with thrilling political skulduggery and intense conflicts.

You take control of entire dynasties, as kings and queens beget princes and princesses who will one day rule in their stead. Each playthrough will see you move through multiple generations of a given family, avoiding or courting war, making and breaking allegiances – and learning to trust your own instincts in the face of relentless tough decisions. And it’s absolutely great. Check out the announcement trailer below:

We said in our PC review: “Crusader Kings III is an excellent kingdom management game. It’s as unforgiving a simulation as you’re going to find while still being more fun than you’d expect it to be. It’s not an easy game to get to grips with, and there’ s an awful lot to read and understand – but Crusader Kings III is still arguably the best way to play out your Game of Thrones fantasies without actually harming your family members.”

The console version promises super-fast load times, as well as adaptive trigger control and Haptic feedback for the PlayStation 5. Interestingly, Paradox have confirmed that “PlayStation 5 users will experience the game’s stress mechanics themselves, as their DualSense controllers physically react to in-game events as they unfold.” As in-game stress rises, the triggers will become tougher to press, delivering real-time feedback in the palms of your hands.

For our take on the game, check out our review video:

Crusader Kings III is currently available on PC. It will release on Xbox Series X|S and PlayStation 5 on March 29, 2022. You can pre-order the console version right now.

Senior Content Editor Mick has been playing games for over 30 years and writing about them for around 12. After drifting from site to site for a while, settling briefly at the now-defunct Made2Game and freelancing for the gone-but-not-forgotten NintendoGamer Magazine, he came at last to rest at Godisageek. Mick has been a reviewer, staff writer and content editor here for some time, while also moonlighting a little for Red Bull Games. He has 4 kids, has written 2 novels, and sometimes even manages to pay a bill or two. You'll usually find him defending the galaxy in Destiny 2, battling evil in Diablo 3, or lurking in the background on Twitter. Find him there @Jedi_Beats_Tank, or on XBL (JediWaster247), PSN (Jedi_Waster) or Nintendo (JediWaster).
MORE LIKE THIS
Crusader Kings IIILab42paradox