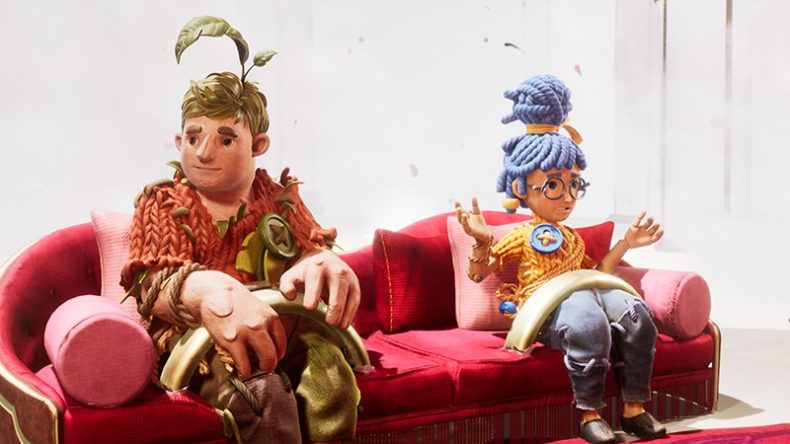 EA and Hazelight are celebrating the success of It Takes Two by dubbing today ‘Two’s Day,’ offering some special discounts and more. To coincide with this very special day, It Takes Two will be 60% off on all platforms. Not only that, there’ll be some other exciting surprises across EA Originals social channels about Two’s Day.

If you’ve been living under a rock, or know very little about us here at God is a Geek, you’ll know we’re massive fans. Yeah, so it got named Best Game of the Year at The Game Awards. However, the most important award the game received was GiaG’s Game of the Year. Something you’ll all most definitely agree is more important.

Back when we reviewed it, we said, “It Takes Two is without a doubt one of the best platformers I’ve played in the last decade. The level design is incredible, and the amount of ideas in terms of its co-operative elements make every second of it so much fun to play. It’s a fairly long game, and the fact that it never gets dull makes it great value for money, especially with the ‘Friend Pass’ option. As soon as it finished, I wanted to play through it again, and with both May and Cody having different abilities, it provides another reason to dive back in for a second time. There’s so much I wanted to talk about, but those moments deserve to be experienced for yourselves. Please, if you play any game this year, play It Takes Two. You won’t regret it.”

It Takes Two tells the story of Cody and May as they journey to return themselves back into humans and not toys. Both on the brink of divorce, they must fight to get back to their daughter, rebuilding their own friendship and love for one and other along the way. It featured some phenomenal platforming throughout. Not only that, it was packed with great ideas and a poignant story that definitely didn’t have the entire team in tears as the game reached the end.

You can read all about Two’s Day on the official blog here. If you never got a chance to play It Takes Two last year, make it the next game you play. We promise you won’t be disappointed.

Video games are cool. Don't let anybody tell you any different.
MORE LIKE THIS
ea originalshazelightIt Takes Two