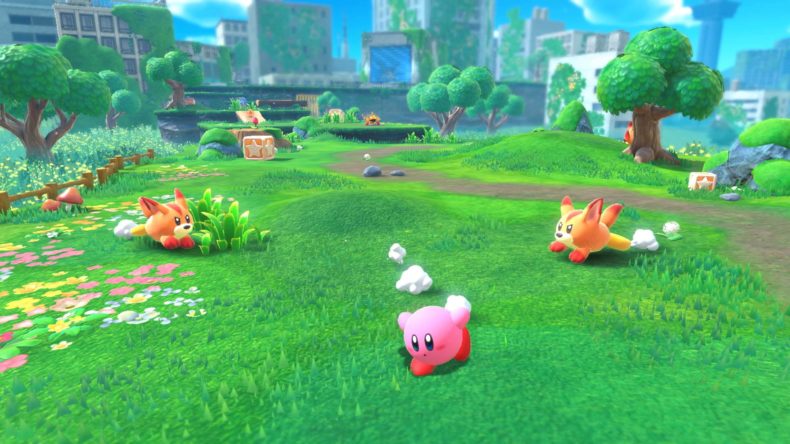 You’d be forgiven for thinking that Kirby and the Forgotten Land was another one of those Nintendo games. You know the type: the ones that are decent, but seem like gap fillers before the “main event” comes along. The thing is, based on what I’ve played so far, Kirby and the Forgotten Land might be the biggest surprise of the year. Presuming the rest of the game is as good as the first world, HAL and Nintendo has done the unthinkable. This isn’t just a good Kirby game, this might be the best Kirby game. It’s brilliant, so far, folks.

In fact, the game that most comes to mind when playing it is Super Mario Odyssey. Now look, I don’t say that lightly, Odyssey is one of the best Mario games, nay, one of the best platformers ever made, but Kirby is doing everything right so far to recapture a similar kind of magic that his brother from another mother platform-mascot did. Like all Kirby games, you suck up things to gain their abilities. But unlike previous entries in the series, here, the discovery and exploration from Odyssey is tantalising.

Kirby and the Forgotten Land: explore and adventure

The approach is slightly less open, and it’s more like previous 3D Mario adventures. You pick a level, do the main objective (free the Waddle-Dees), and there is a multitude of side-missions, so to speak, that you can replay for. This is where the discovery comes in. It’s got that magical “I wonder if…” feeling to it. You see something, you check it: it rewards you. The levels feel like smaller Odyssey worlds, chock-full of paths and things to do. There are hidden items and collectibles everywhere. 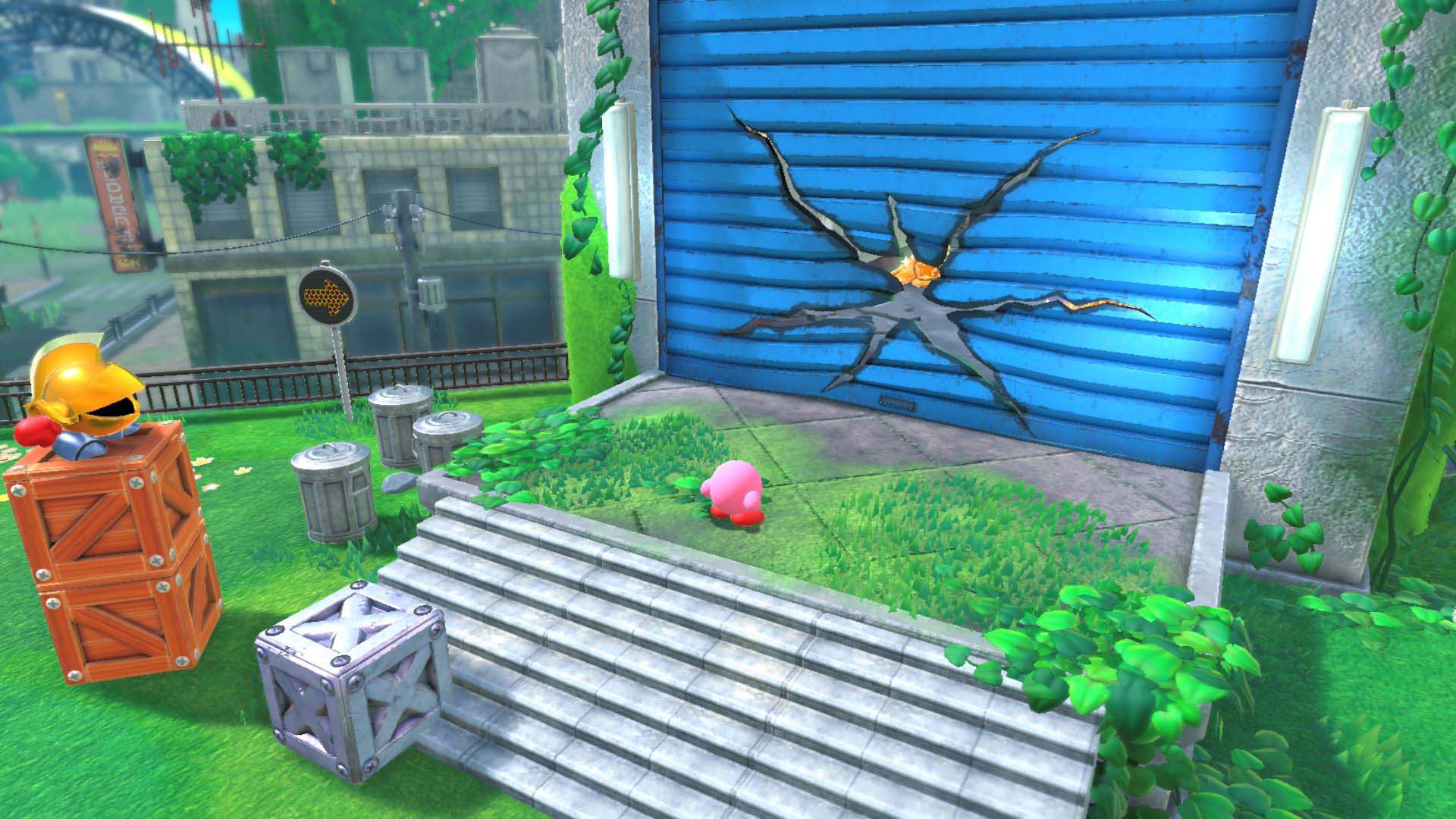 Crucially, it controls beautifully, too. Even during boss fights, where switching your ability midway through can feel tricky, there’s always another viable option. You could suck up and launch back at the boss the stars they spit out. Or alternatively, just beat them up with whatever “suit” you’re wearing. It’s not a new thing for Kirby to shift into whatever he sucks, but the speed and grace with which it happens in Forgotten Land really does remind me of tossing Cappy at a “thing” to see if it works.

Packed with things to do

It’s all done with the usual colourful Nintendo panache you’d expect, of course. The major draw this time around (aside from the overhaul to the way it feels, plays, and looks) is that you can now use “mouthful mode”. This is pretty much what it sounds like, with the ability to suck up larger items than Kirby should be able to. It’s always funny, whether it’s a car, set of stairs, vending machine, or… actually, no spoilers, you need to see some of this for yourself. It’s not just a visual gag, either, all of these “mouthful” items have a mechanical purpose which itself can create a chuckle, or lead you to yet another secret room. 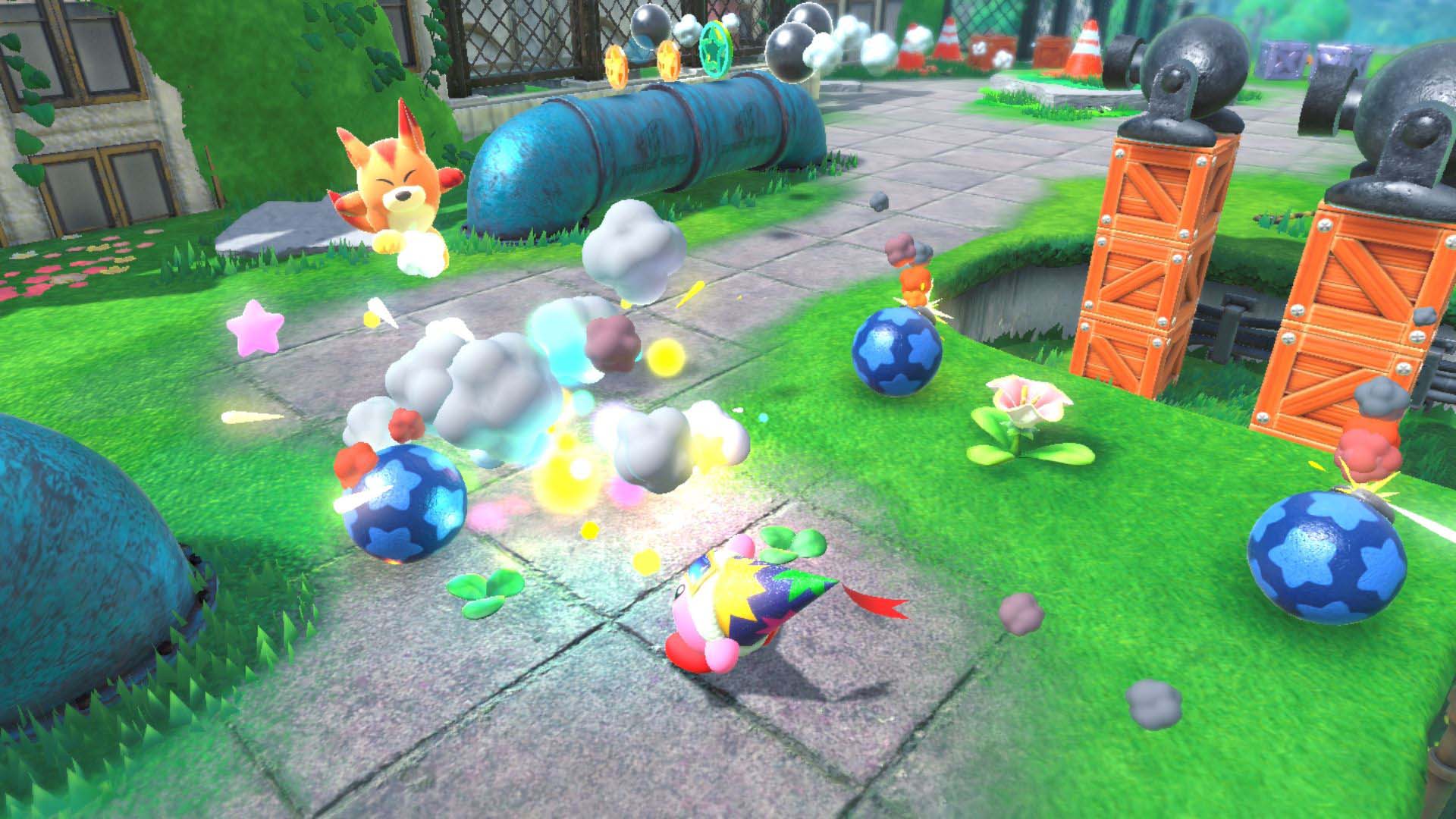 Outside of the glorious (so far) levels, you can upgrade your abilities by finding blueprints in levels, and there’s a full town to develop too by grabbing as many Waddle Dees as you can per level. There are extra stages called “Treasure Road” which, frankly, will test your skills as the “par times” are outrageous in some cases. There are additional mini-games and a lot more that I’ve barely scratched the surface of.

Could be something truly special

I had a feeling about Kirby and the Forgotten Land from the recent trailers. That said, I’ve never been a huge fan of the little pink hoover, nor his games. I can only really say how surprised, borderline stunned I am at how much I’ve enjoyed this Switch entry. I hadn’t expected to laugh, and I certainly hadn’t expected to be sat alone in my office and actually stand up and clap something that happened in a cut-scene. Strap in folks, you might have thought the year couldn’t get any better for games, but if this keeps up the pace, it’s going to be something truly special indeed.

Editor-in-Chief.
MORE LIKE THIS
Kirby and the Forgotten Landnintendoswitch