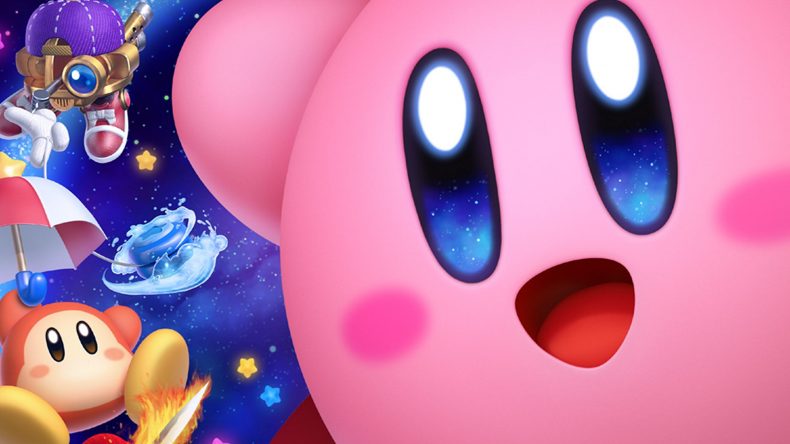 Star Allies isn’t a bad game, okay? From a technical standpoint, it’s a well made, good looking title that’s clearly been designed to appeal to a younger audience. Very young. Seriously, we’re talking maybe 4-7 as the target demographic here. The trouble is that for everyone else it’s just… well, it’s boring. Really, really boring.

And I suppose people will be thinking “what’s new?”, but Kirby games have been exciting and mesmerising in recent years: Epic Yarn was a delight, and some of the many 3DS titles have been engaging and, at times, difficult. Kirby’s Canvas Curse was fantastic and came during that golden era where it seemed like everything was coming up golden on 3DS. But any difficulty is just completely absent from Star Allies, and with no challenge, slow movement speeds, and a system that is absolutely better with friends (and there’s no online, before you even ask), it’s a hard game to recommend. The premise is nothing new. Bad guy does bad thing, Kirby needs to save the day by sucking things in, jumping, and floating. The twist is that this time it’s all based around four-player co-op, and each non-Kirby character has a unique skill that you can mix and match. You throw a friend heart at an enemy and it becomes an ally, hold up on the stick or D-Pad and you mix whatever ability you have with a compatible skill and you get a new one. The examples are numerous, but we’ll stick with a sword-Kirby using a Burning Lee who makes your sword a fire-sword. You get the idea. This also works to mix and match your buddies’ skills, so you can even have AI controlled pals who have mixed skills, and there are lots of these abilities to play with.

In fairness, it feels much better when played with friends (or kids), but it always feels a little too busy – those of you who find similar with Smash Bros., you’ll get what I mean: there’s a lot going on here, colour exploding everywhere and, honestly, despite the level designs being geared towards exploring, it’s a bit hard to follow at times. One wonders if perhaps a more zoomed out camera might help, because everything is a bit chunky (that’s the aesthetic, I’m not complaining about that) which just means the colours clash and, given how often your allies will kill enemies for you, you are almost passively walking through the courses, at times. This can actually pose a problem when playing with AI because your allies might kill an enemy before you can friend it, but never fear, enemies respawn almost immediately after you walk off-screen from them. It’s certainly a lovely looking game, mind you. Kirby has only ever looked better in the aforementioned Epic Yarn, with glorious visuals bursting to life in every nook and cranny. Each level has secrets hidden within, often requiring a certain toolset relating to characters you can mix and match skills with to access. This puzzle nature is welcome, because the moment-to-moment action is otherwise without note.

As Kirby himself can take on any ability you fancy, that means you can often be progressing through levels with a skill that isn’t designed for combat, but your AI pals will sort you out. This adds to the lack of challenge, which is exacerbated by the boss battles being a cakewalk. There’s no other way of saying it, this game is just too easy.

Maybe there’s some hidden, Celeste-challenging levels somewhere, but honestly, a game shouldn’t put you off because it’s boring you. You shouldn’t have to wade through content you’re not enjoying to get to the good stuff, which is how Star Allies felt to me. I wanted to like it, and I can’t ignore the charm of what’s on-screen, but I also can’t endorse a game that feels so passive, so often. I asked my children to play it, without offering any of my thoughts ahead of that, and they found it too easy as well. There’s some fun mini-games here, but the problem is that they’re not going to keep you occupied. Most are the kind you’d find in a Mario Party game (chop trees down, but you have to swap sides as bees are on the trees, or hit a baseball into space), but once you’ve won them, there’s little reason to come back aside playing with your pals with couch-based competition. But then, there are better games to play local co-op or competitive multiplayer with than this one.

But it’s not a bad game. It’s a strange situation to be in, because usually a game I’d feel this way about I’d be slapping a 2 or a 3 on the end of the review. There’s merit here for a younger audience, and it’s always nice to have a game you can play with your family. But I think Hal is capable of way, way better. So yeah. Kirby is alright. Bit boring, too easy, but cute. I guess that’s always been Kirby, actually. Epic Yarn 2 next, please.

Lovely looking
Lots of combinations to experiment with

Far too easy
Rather dull
Doesn't run at 60fps

While it looks lovely and isn't a bad game by any means, Star Allies is aimed at a very specific age group, and most others will find it far too easy and, sadly, rather dull.