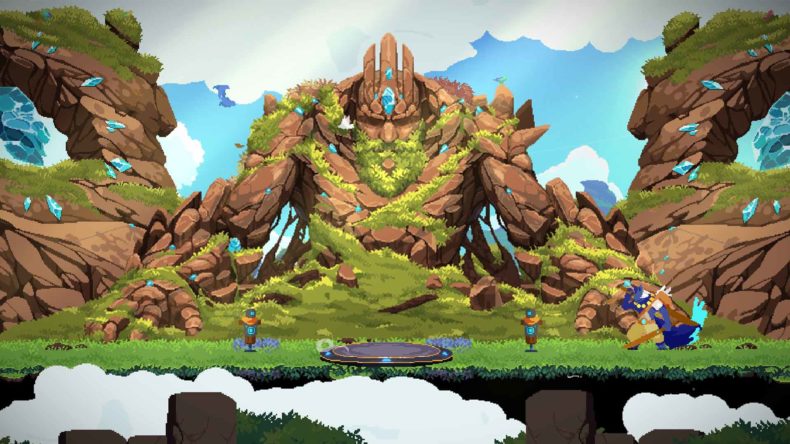 If you’ve clicked this news story, you probably saw the art in the image of Astral Ascent and thought “cor, that looks bloody tasty”. And you’d be right. Also, Astral Ascent has been released into Early Access on Steam today (April 14th), and you can buy it right now.

Developer by indie studio Hibernian Workshop, I have to say I’ve been watching trailers of this one for a while and it looks great. The Early Access version of the game includes two playable characters (Ayla, the assassin, and Kiran, the fighter), as well as having five bosses to fight (all named after Zodiac signs). There are also two worlds to explore.

Check out this gif which shows the game in motion, it looks great, right?

The studio plans to keep working on the game until next year, with major updates scheduled for the coming months. These will focus on new worlds to explore, additional enemies, extra playable characters for a total roster of five, 12 Zodiacs to fight, and much more. After the full launch, Hibernian Workshop plans to support the game with DLC.

If you do decide to buy it, it’s going to cost £19.99, or $24.99, or even €21.99, which doesn’t seem too bad for a game with so much content planned. Oh and it has local or online co-op, using Steam’s remote play together, as well as the Nier singer Emi Evans and composer Dale North producing music for Astral Ascent’s final boss music.