Astral Ascent could be the next great Roguelike | Early Access impressions 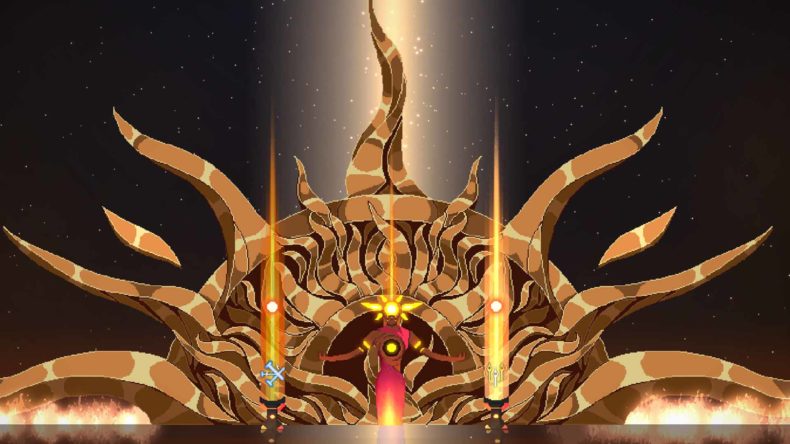 More than any other genre, I hear people saying that they’re burnt out on roguelikes. It makes sense of course, they’re extremely different games that require a huge investment of time, but I can’t get enough of them. Occasionally a roguelike comes along though that can’t be ignored, even by the naysayers. Astral Ascent could well be that game, especially with the addition of the new Coral Archipelago update.

In an astral prison called The Garden, our (currently) three heroes are trapped unless they can overcome the twelve Zodiacs. This doesn’t involve getting some vague life advice from a trashy magazine, it actually means beating the heck out of a load of powerful bosses and somehow not dying.

Astral Ascent is an action platformer roguelike, so the combat is the star of the show. Each character has a basic attack, a dash (during which you’re immune from damage), and a whole host of spells you can unleash on enemies. Every point of health is precious, so even the most basic of enemies need to be handled with care.

One of the most unique aspects of Astral Ascent is the spell system. You always have four spells equipped at once, and once you use one you cycle to the next. This means you’re always using something different, and that you’re only as strong as your weakest spell. Want to fire off a powerful screen clearing blast? Well you’ve better make sure you have enough mana to shoot out some homing attacks and activate your damage dealing drone first. 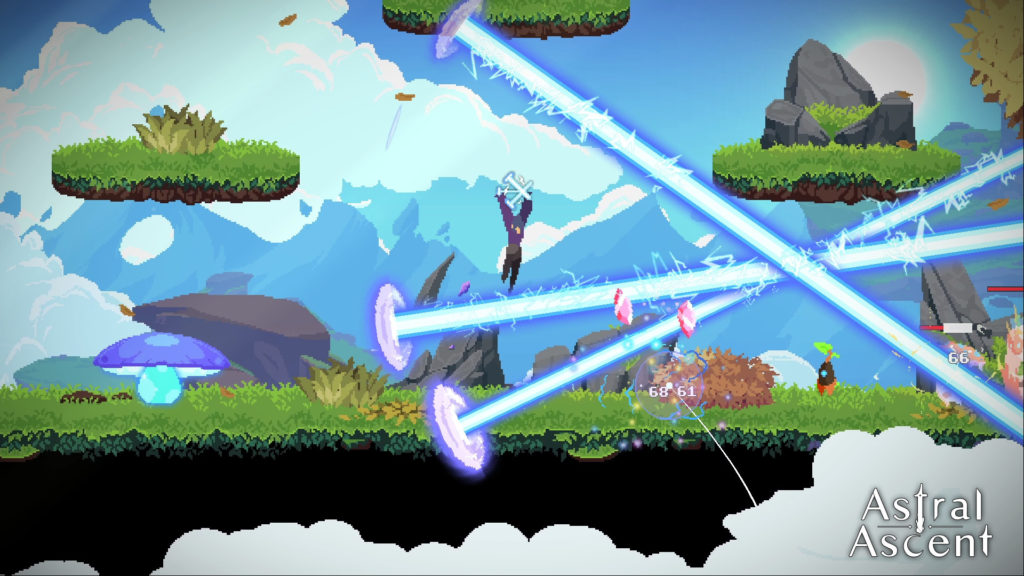 Each run of Astral Ascent is split up into rooms, and choosing which one you go in is a hugely important decision you’ll have to make. Each room has a star rating and a reward you’ll get for making it through, and there’s no chance you’ll beat the Zodiacs unless you plan accordingly. You might have to choose between a battle room (which features multiple waves of enemies to defeat) which will give you a bunch of keys, or an exploration room (a winding series of corridors and pathways with secrets and bad guys galore) with a new spell on offer. It takes some getting used to, but understanding how to best build up your character for the perfect run is all part of the fun.

It’s a lot more complex than I’m letting on though, with some seriously deep systems to dive into. For example you’ll be given the stars that correspond to the difficulty of the rooms when you choose them, and these stars can be spent on permanent stat boosting drinks at a bar. There are also gambits which apply cool little buffs to your spells, like a freezing effect or a chance to summon a cloud that electrocutes nearby foes. Each spell can also be levelled up individually with feathers to boost its damage. And this is only scratching the surface.

After battling your way through about a dozen rooms of each themed world, you’ll come face to face with a Zodiac. These hugely powerful bosses might look like ordinary humans but their attacks are intense. You’ll need to learn what each Zodiac does to survive an encounter with them, because otherwise you’ll never make it past their screen filling attacks even with a well timed dodge or two. It’s hard to put into words quite how exceptional every single one of these bosses is, which is fortunate because you’ll be fighting a lot of them. 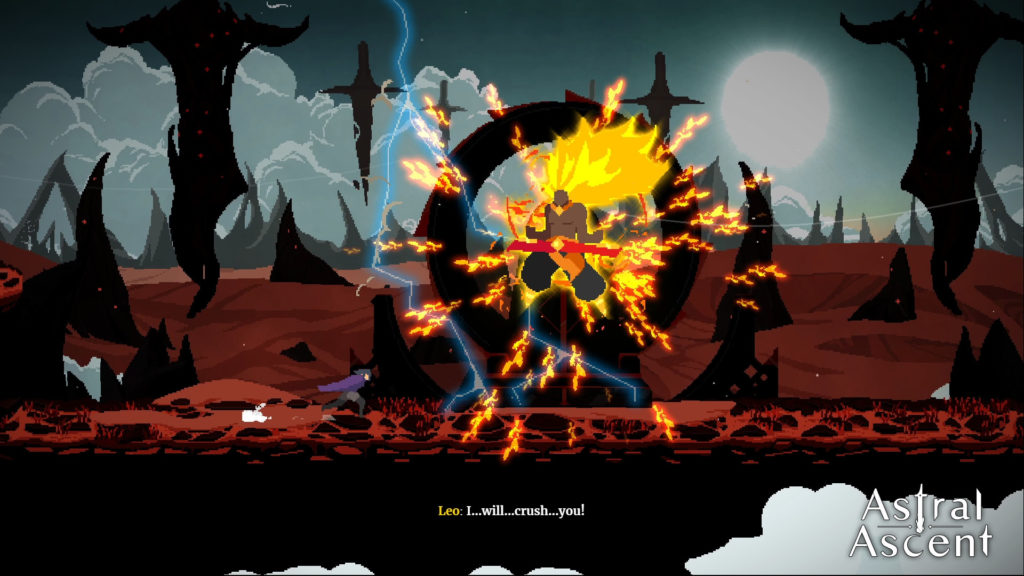 When you inevitably fall in battle you’ll be sent back to The Garden and the people and anthropomorphic animals that inhabit it. Like most modern roguelikes Astral Ascent will reward you with some currency depending on how well a run goes, and has plenty to spend it on. You can unlock a ton of new spells and auras (passive buffs), as well as buffing your starting health, mana and even amount of rewards you can choose from after a tough fight. No matter how defeated you feel, you can rest easy knowing that every run is making you a tiny bit stronger.

Once you’re done buying your upgrades or chatting to the lovely characters in this hub area, you can either go and start your next run or switch characters. Each one of the game’s protagonists is totally unique, with their own attacks and spells. Alongside the all-rounder Ayla and the hard hitting Kiran, new character Octave brings ranged attacks to the astral prison thanks to his ethereal handguns. These firearms deal more damage up close but have an impressive range on them for tougher situations, and coupled with his interesting set of spells he has quickly become my favourite of the bunch (despite being a bit moody).

Alongside the new lad the Coral Archipelago update has also added a whole bunch of new room types (including one that gives you the ability to summon friendly NPCs to help in a pinch) as well as the third world. The new watery area is possibly the most beautiful of them all, and the jump in difficulty doesn’t feel too harsh either. With loads of new fishy foes to face, more Zodiacs, and even a pufferfish you can punch at enemies, this new batch of content is worth diving into. 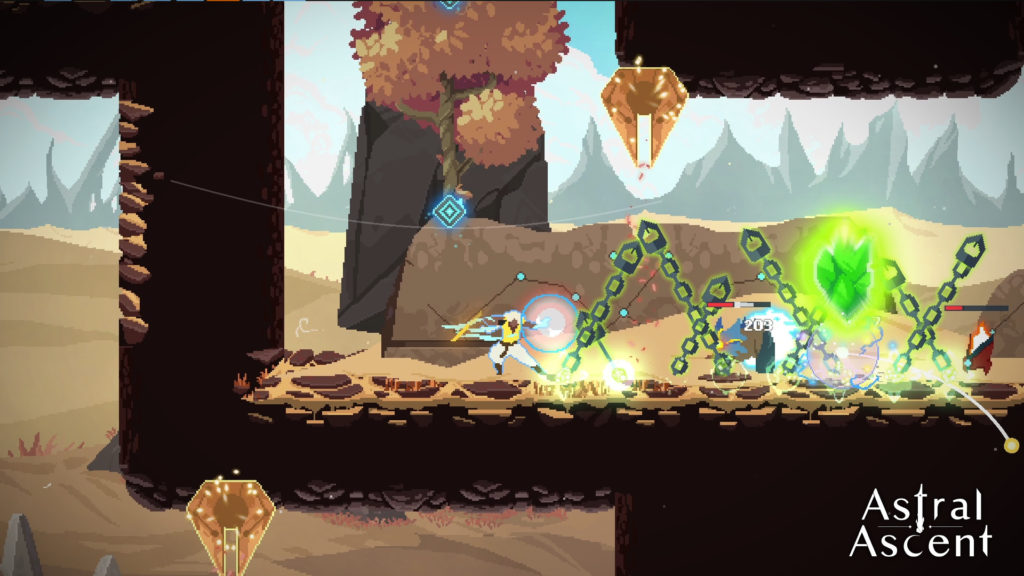 The developers Hibernian Workshop have one more world and character planned before release, but just because this game isn’t currently complete don’t assume it isn’t polished. Everything about Astral Ascent’s visuals, gameplay and mechanics feel ready for launch day, and this is very much a Dead Cells situation where the last few chunks of content are all we’re waiting for.

The visuals especially deserve a special mention, because they are sensational. The graphics are some of the best I’ve seen in a long time, with fantastic colourful effects on display when you or a Zodiac shoots out a powerful spell.

Astral Ascent is the total package, despite not yet being a total package. The combat, gameplay loop and visuals are spectacular, and even with more to come you could spend hundreds of hours exploring its dense systems and unlocking new spells. It’s only gotten better with the addition of the Coral Archipelago, so don’t sleep on one of the best roguelikes in recent memory.

Astral Ascent is in Early Access now on Steam, and has just had a major update.