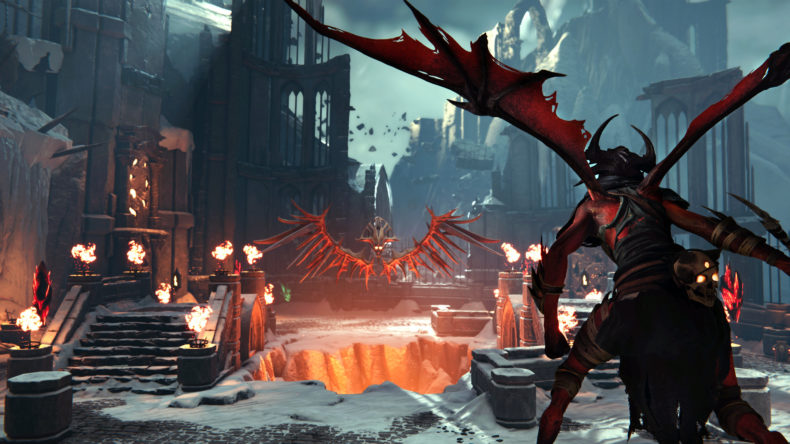 I’m just going to jump right in and say Metal: Hellsinger is fucking magnificent. Don’t like swearing? Well, I don’t care because ROCK AND ROLL!!! I stepped away from the short and sweet demo craving the full release, because it’s everything I hoped it would be. The Doom reboots always had that feel of a rhythm game, but it never fully committed. They were gore-fuelled romps into the depths of hell, and always left me hungry for more. The Outsiders not only gave me that same thrilling gunplay and carnage, but they’ve found a way to elevate it with an incredible soundtrack and new ways to incinerate hordes of demons.

Even before playing, Metal: Hellsinger ticked off countless boxes. Troy Baker, check. A soundtrack featuring Matt Heafy, Serj Tankian, and Alissa White-Gluz, check. Guns, demons, and untold destruction, check. However, it wasn’t until I started playing that it became better than I could ever imagined. I get this was only a short demo, and the full game might not live up to the level of fun I had playing it, but if Metal: Hellsinger is a fraction of what I played so far, it’s going to be an absolute banger. 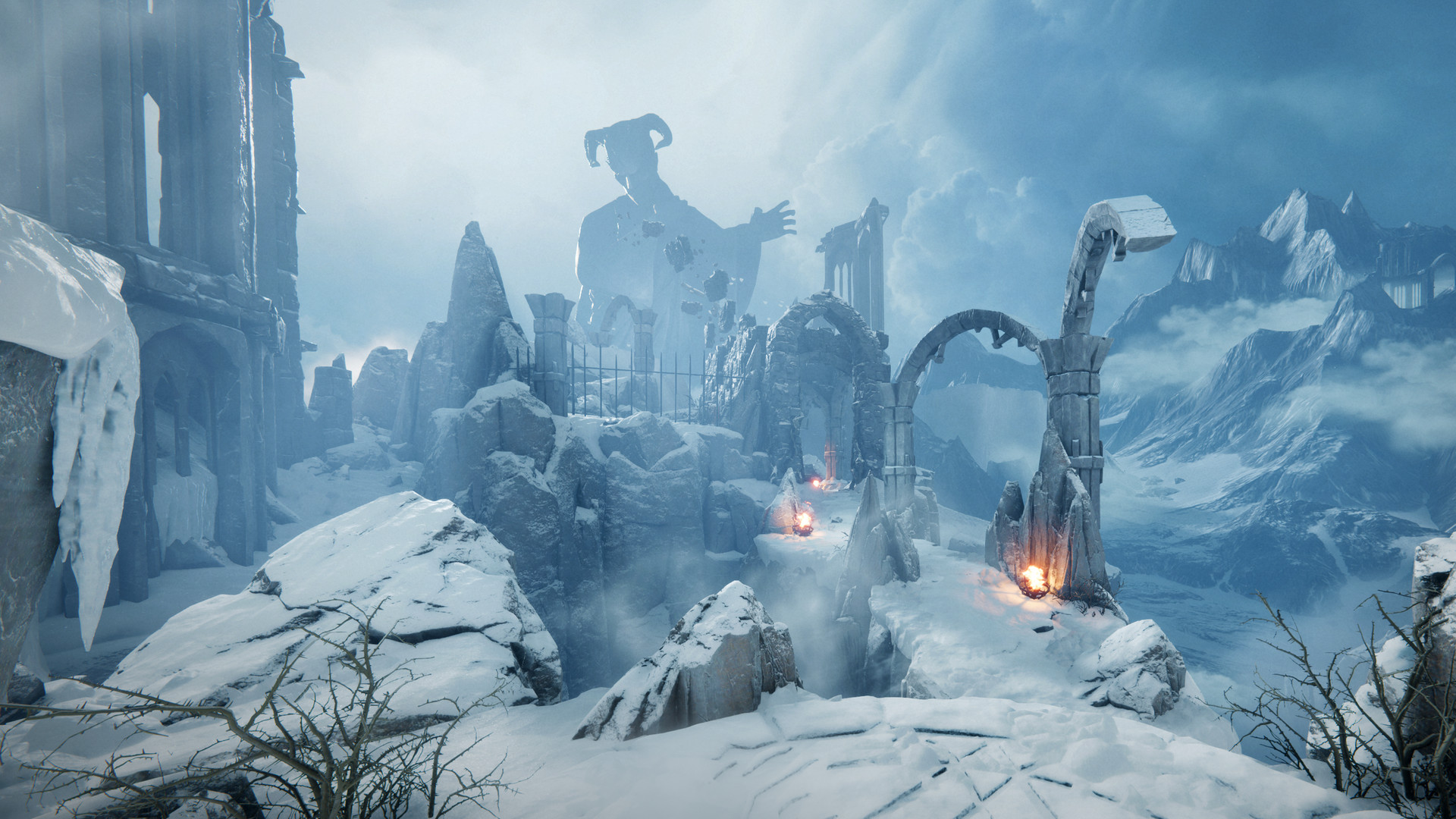 The main premise is simple enough. Slash or shoot demons on the beat to build your Fury meter, in turn doing more damage and unlocking more of Metal: Hellsinger’s sublime soundtrack. By hitting on the beat, you’ll not only punish the enemy, but open up new attacking opportunities such as Slaughter. When you do enough damage, an orange outline appears where you can perform a brutal attack. If you hit on a beat, it’ll not only replenish your health with crystals, but your Fury meter will fill up. Fury fluctuates depending on hitting a ‘perfect’ attack. The more you’re in rhythm, the better your score and the more damage you do.

At a 16x multiplier, the vocals on the track begin, and it brings the music to life. Hearing Arch Enemy’s Alissa White-Gluz’s vocals as I took out countless demons was such a thrill, and it gave me a reason to keep a perfect rhythm. Along with aiming for the highest multiplier as possible, you can also use your weapon’s Ultimate, which is another way to do loads of damage when playing. I got to use dual pistols and a powerful shotgun, as well as something called a Paz, essentially a skull that fires flaming bullets at demons. If you run out and need to refill your ammo, a quick reload can happen if you press X on the beat, as long as the yellow icon is showing. 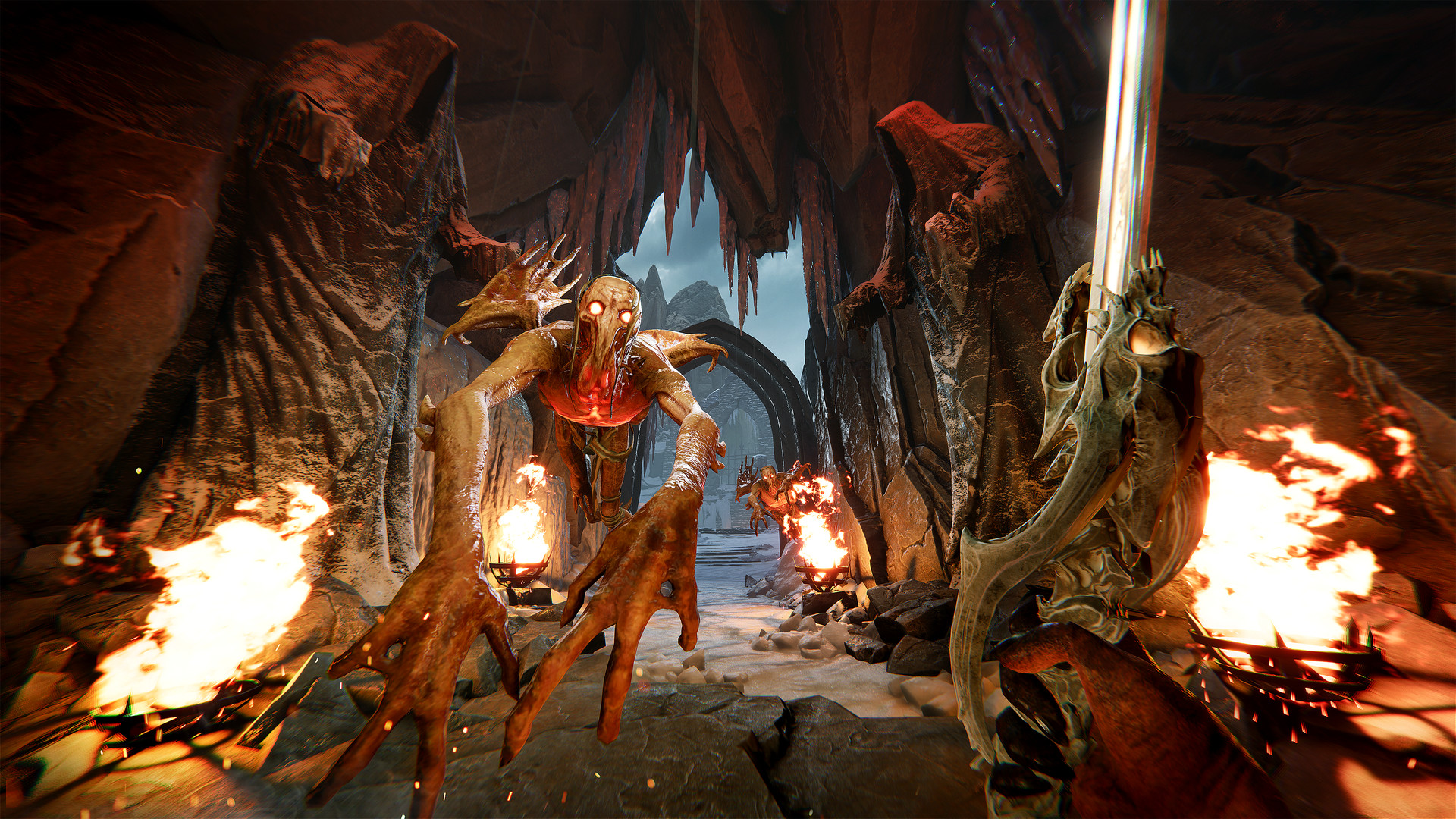 Reloading on the beat builds your Fury, but so does dashing out of the way. When you’re fusing these with successful attacks, the whole feel of Metal: Hellsinger comes to life. Due to an epic soundtrack, it elevates shooting and movement beyond anything I’d seen in Doom. You can unlock Score Badges after completing a level, attributing to how metal you are, and letting you show off your skill by highlighting high kill streaks and more. You can’t stand still or take stock of what’s going on. Instead, you’re on an adrenaline-fueled joyride straight into the depths of hell.

There’s still so much more to come when Metal: Hellsinger releases, but currently I can’t recommend it enough. It feels amazing to play, and the rhythm-based mechanics work so well. The original and adaptive music I got to hear was rousing and intense, but hearing the vocals was on another level. Fury is easy enough to acquire as long as you find your rhythm, and the variety in attacks keep fighting feeling fresh. It’s also worth pointing out just how incredible the boss fight was, and knowing this was only a fraction of the end result has made it sit right near the top of my list for most anticipated game still to come in 2022.

Video games are cool. Don't let anybody tell you any different.
MORE LIKE THIS
Metal: Hellsinger