previous
Final Fantasy VII Rebirth and Crisis Core remaster announced at 25th Anniversary Celebration
random
next
"Final Fight and Streets of Rage 1 and 2 were pretty much the benchmark": An interview with Mike Tucker of Bitmap Bureau on Final Vendetta
0 comments 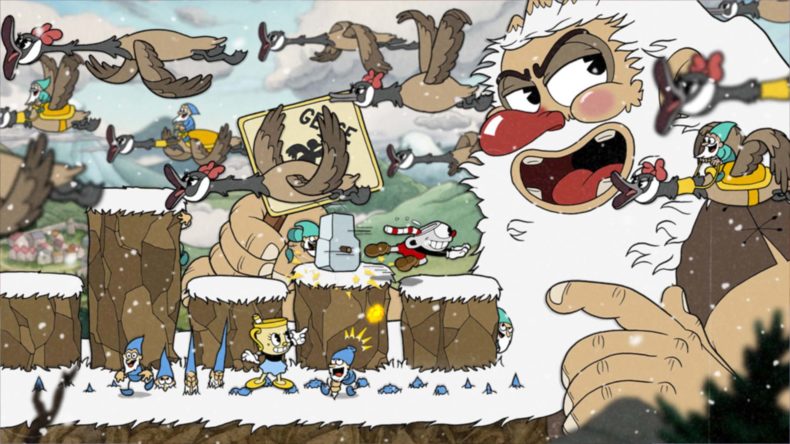 With Cuphead: The Delicious Last Course finally coming out on June 30th, the development team are doing the PR rounds, and speaking to IGN, Studio MDHR’s Maja Moldenhauer, it seems the amount of animation in the DLC alone matches that of the base game.

“We really wanted to experiment with the art form…I don’t have an inventory yet or a frame count, but it is comparable to the entire core game in this one DLC”, Moldenhauer explained to IGN, “With the additional frames of animation, we moved from that more basic style, early thirties Disney, closer to Fantasia. I say that loosely, it is not anywhere near Fantasia quality, but it’s something we strive for, something we aspire to”.

To put that into context, that’s like doing as much work on the DLC as the team will have done on the entire original game, which also perhaps explains a bit why Cuphead: The Delicious Last Course has taken quite so long to get here.

Cuphead itself was originally released in 2017, and is a harder game than it might look. In our review we said: “There’s depth and challenge here, but it’s going to be too much for a whole lot of people, because while it nails the elation of besting a difficult battle, sometimes the view isn’t enough of a reward for the climb. It’s not what you’d call unfair and it’s entirely surmountable, but it’s the kind of difficulty few people will be used to in today’s market. It takes no prisoners, makes no apologies, but it also respects you in a strange way that, in all honesty, the retro games it harks back to never did. I like Cuphead a lot, but I am the target market for the game. If you like very challenging games that require dedication and high concentration, then knock yourself out… Thank God people are still making this kind of game”.

Cuphead: The Delicious Last Course is coming to PS4, Xbox One, Nintendo Switch, and PC on June 30th, 2022.

Editor-in-Chief.
MORE LIKE THIS
CupheadCuphead: The Delicious Last Coursestudio mdhr