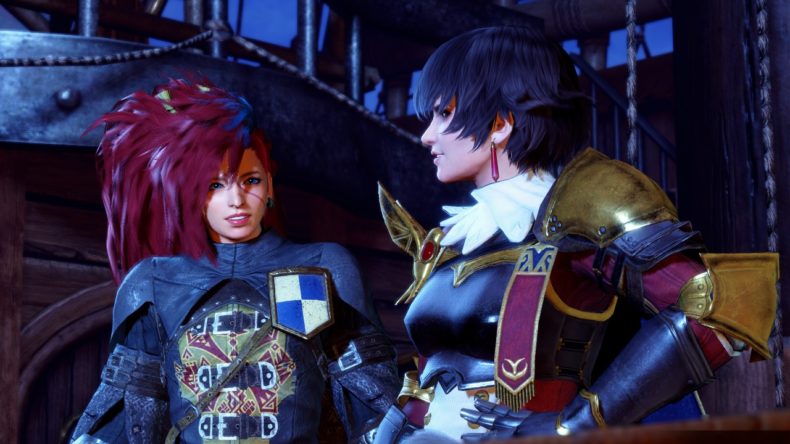 One of the coolest new features added to Monster Hunter Rise: Sunbreak is the Follower Collaboration Quest. These single-player-only quests allow you to fight alongside NPCs on standard hunts.

Not only are they great for practicing group play and trying out group-centric builds in an environment where you’re not affecting other players, they also offer unique rewards and a gameplay experience that feels a little different to the norm. 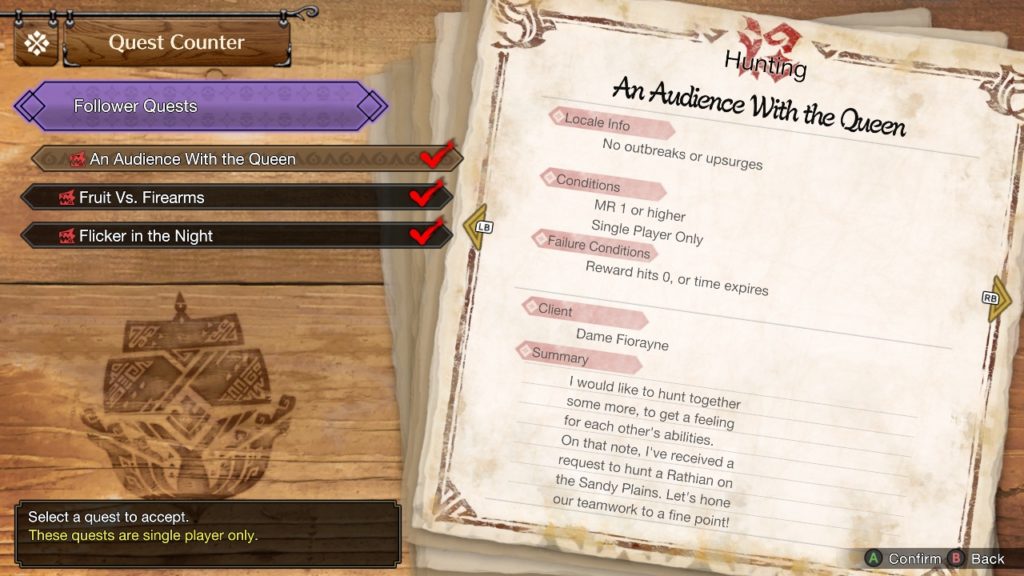 Monster Hunter Rise: Sunbreak | How to initiate a Follower Quest

After progressing through the first few Hub Quests in Sunbreak, you’ll be approached by Dame Fiorayne and asked to help her with a quest. Selecting it will launch you into a quest with her alongside you, fighting with her signature Sword and Shield. She’s a useful fighter, and will often employ traps and flashbombs, as well as Lifepowder when you need healing. She dishes out decent damage, too.

After completing her quest, others will become available to help Sir Jae and Dame Luchika. As you complete these Quests, others will unlock, eventually allowing you to fight alongside Master Utsushi, Master Arlow, Admiral Galleus, Trader Rondine, Elder Fugen, Hinoa, and Minoto. 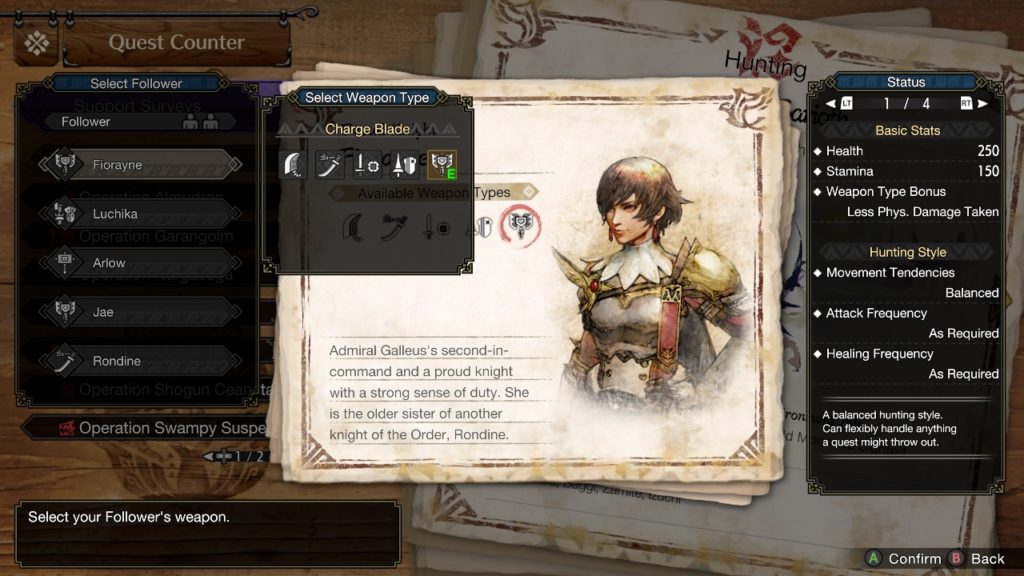 What do you get for completing Follower Quests?

Well, in addition to standard monster materials, you’ll also receive Royal Order Certificates. These come in three levels and are required to craft copies of each character’s unique armour set. Progressing through enough Quests with each will eventually reward you with the design for their armour, such as Master Arlow’s incredible Gunlance / Charge Blade set. Each set is designed around whichever weapon said character mains, as listed below:

You’ll also receive new designs for unique Monster Hunter Rise: Sunbreak weapons. These are not only weapons they main, either. For example, Admiral Galleus rewards the design for the Royal Order Switch Axe, a Rarity 9 Paralysis Switch Axe. 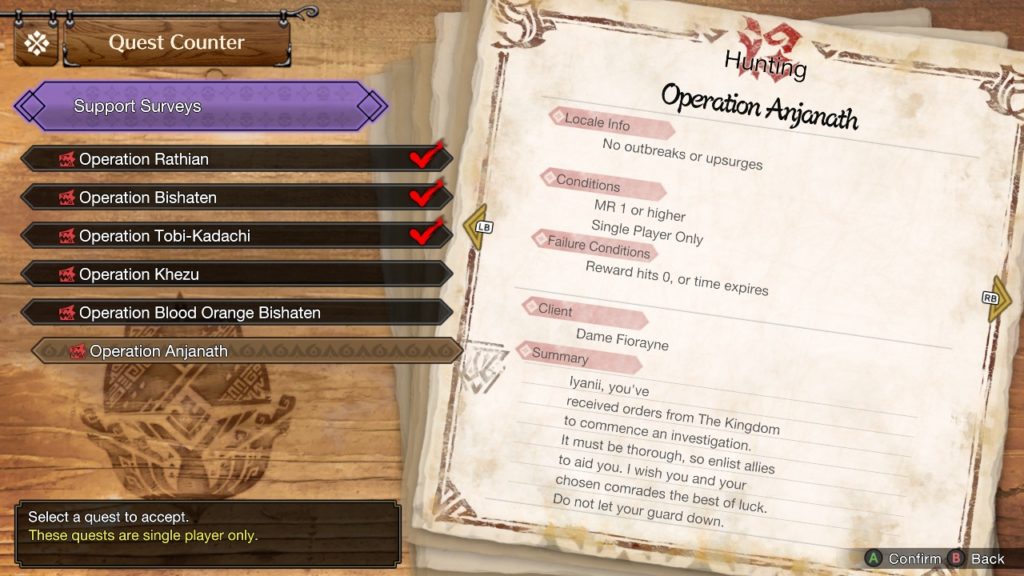 Can the Follower Quests be repeated?

Yes, they can. Also, completing one will generate a Support Survey version. These are the same in terms of monsters and challenge level, but you can select which Followers to take (up to 2) and also choose their weapons from a small selection. For example, Dame Luchika can use the Heavy Bowgun, Light Bowgun, Bow, or Gunlance.

Some of the characters have unique dialogue during these quests, such as Jae and Luchika who will often bicker, and Dam Fiorayne and Rondine, who will engage in some sibling rivalry.

Senior Content Editor Mick has been playing games for over 30 years and writing about them for around 12. After drifting from site to site for a while, settling briefly at the now-defunct Made2Game and freelancing for the gone-but-not-forgotten NintendoGamer Magazine, he came at last to rest at Godisageek. Mick has been a reviewer, staff writer and content editor here for some time, while also moonlighting a little for Red Bull Games. He has 4 kids, has written 2 novels, and sometimes even manages to pay a bill or two. You'll usually find him defending the galaxy in Destiny 2, battling evil in Diablo 3, or lurking in the background on Twitter. Find him there @Jedi_Beats_Tank, or on XBL (JediWaster247), PSN (Jedi_Waster) or Nintendo (JediWaster).
MORE LIKE THIS
GuideHintsMonster Hunter Rise Sunbreaktips