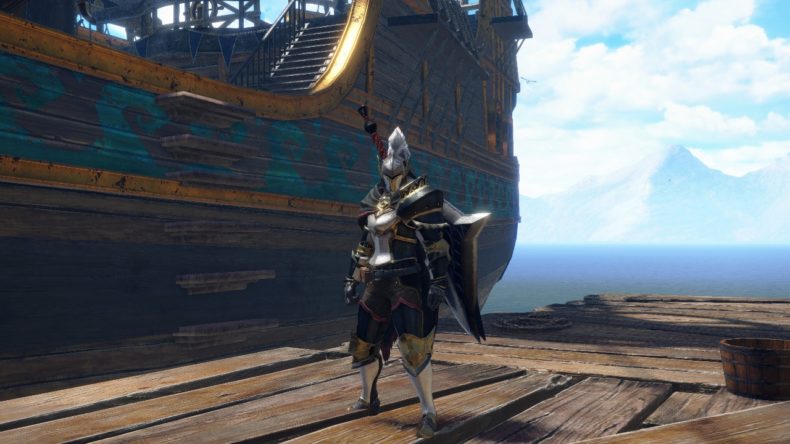 Monster Hunter Rise: Sunbreak brings with it a host of new monsters to fight, and new monsters mean new armour types to grind for, one of which is the Heavy Knight Armor. But it also introduces more ways than ever to earn additional armour sets and cosmetics. For example, you can unlock the armour worn by your NPC “followers”, and once it’s unlocked and you’ve progressed far enough, you can turn it into Layered Armour too.

One of the coolest-looking suits is worn by none other than Arena Master Arlow, the grizzled veteran who takes over Master Utsushi’s duties in Elgado. But how do you unlock it? And is it even worth it besides the cool aesthetic?

First of all: yes, it is. If you’re a Charge Blade or Gunlance main, it’s absolutely fantastic in terms of the skill spread. As you can see in the image below, it comes with max Guard Up, Load Shells, and Artillery, as well as Offensive Guard and 4/5 levels of regular Guard. Razor Sharp and Quick Sheathe are also essential skills for some of Monster Hunter Rise: Sunbreak’s tougher monsters. 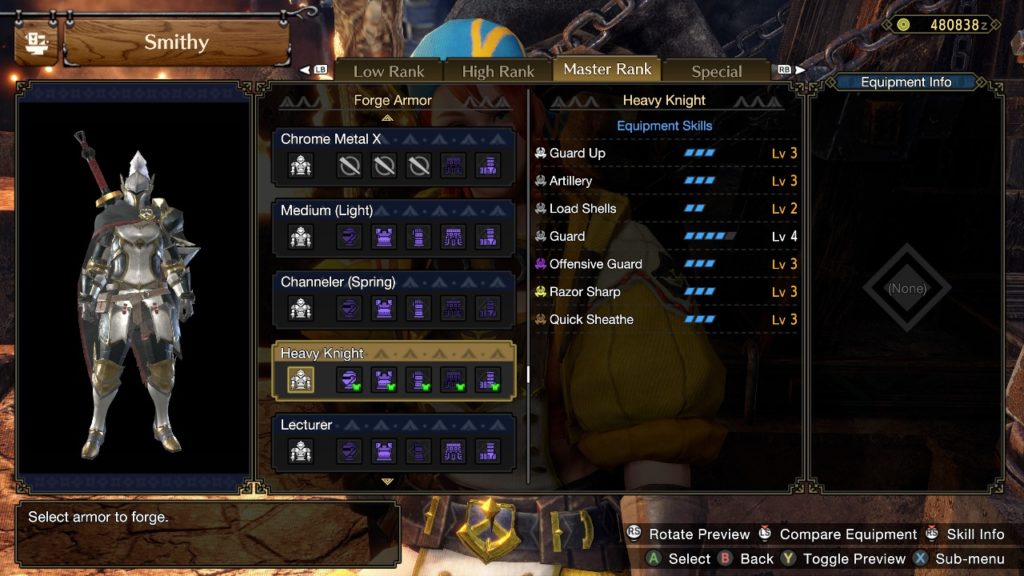 It really is an excellent set for certain weapons types – but even if you don’t use either weapon, once you have it you can create a Layered version.

In order to unlock it, you’ll need to run Arlow’s “questline”, by completing all four of his Follower Quests. You access them by talking to him when he has a purple speech symbol above his head. Each time you turn one in, the next will be waiting for you. The final hunt is against the incredibly tough Gore Magala, but the end reward is Smithy design for this fantastic armour set.

Of course, you’ll still need to grind for the materials, and this can take a while. To craft the whole set you’ll need the following:

All are common drops from hunts, so you should have most of what you need by the time you’re able to complete the required quest. Note that you will need to have encountered the Gore Magala during the story campaign for this quest to trigger.

So there you have it: you can now unlock Arena Master Arlow’s stunning armor set. For more hunts, tips and secrets, check out our complete guide to Monster Hunter Rise.

Senior Content Editor Mick has been playing games for over 30 years and writing about them for around 12. After drifting from site to site for a while, settling briefly at the now-defunct Made2Game and freelancing for the gone-but-not-forgotten NintendoGamer Magazine, he came at last to rest at Godisageek. Mick has been a reviewer, staff writer and content editor here for some time, while also moonlighting a little for Red Bull Games. He has 4 kids, has written 2 novels, and sometimes even manages to pay a bill or two. You'll usually find him defending the galaxy in Destiny 2, battling evil in Diablo 3, or lurking in the background on Twitter. Find him there @Jedi_Beats_Tank, or on XBL (JediWaster247), PSN (Jedi_Waster) or Nintendo (JediWaster).
MORE LIKE THIS
CapcomGuideMonster Hunter Rise Sunbreak