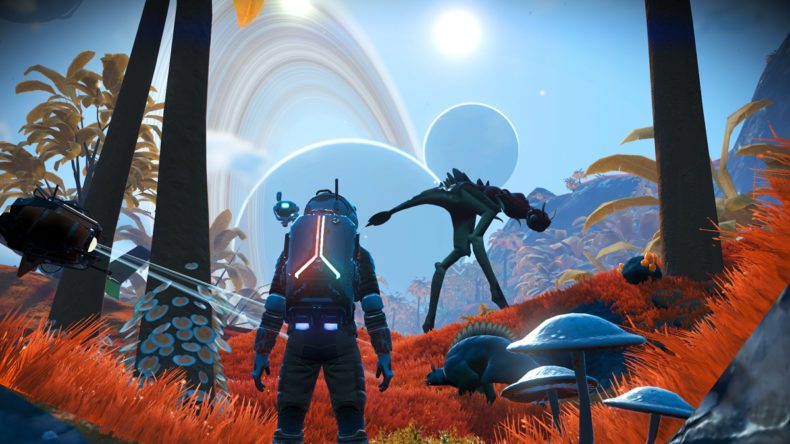 Hello Games and Bandai Namco have announced that No Man’s Sky will be releasing for Nintendo Switch on October 7, 2022, both physically and digitally. As well as the No Man’s Sky Nintendo Switch version, the game will also be getting a physical PlayStation 5 release on the same day.

After an incredibly bumpy start, Hello Games has managed to turn the game around, making it a deep space exploration title that allows players to pretty much do whatever they want in the far corners of the galaxy, with 20 major content updates released in the six years it has been available. For those looking to grab the No Man’s Sky Nintendo Switch version, it’ll include everything from the updates, as well as all the new content that’ll come after its release.

Total playtime across the world currently stands at around half a billion hours, across millions of players, highlighting just how far it’s come since the initial release in 2016. Sean Murray, founder of Hello Games and figurehead of No Man’s Sky said, “I think folks are going to be blown away when they finally get to play this game on such a tiny device. It really is an entire universe in the palm of your hand. It has been a huge undertaking, but a very rewarding one for our small team, and I’m really proud of the result.”

Video games are cool. Don't let anybody tell you any different.
MORE LIKE THIS
hello gamesnintendo switchNo Man's Sky