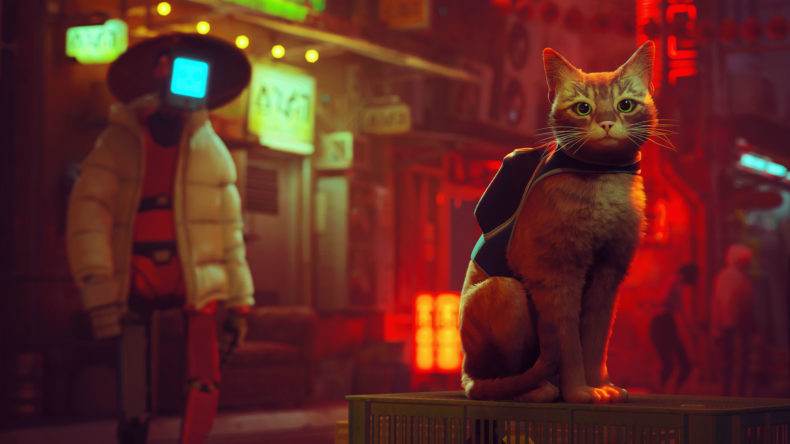 It’s at once a strange proposition and also an idea you can’t help but think should have been done before: Stray is a story about a cat. Announced back in 2020, the small development team has been pretty quiet about it. That is, until now, as I’ve just watched a healthy chunk of gameplay from the title that’s seemingly still set to launch this year, and it looks genuinely interesting.

Now look, I get that it might be easy to dismiss this one. You might be thinking that, sure, it’s cute, but how much “game” is there on offer here? You can’t wield a gun if you’re a cat. You can’t open doors. You can’t open a safe to discover a secret. But wait. What if you could do all of these things? Except wield a gun, obviously. Oh and there is a button to “Miaow”, which is pretty much a selling point right away. 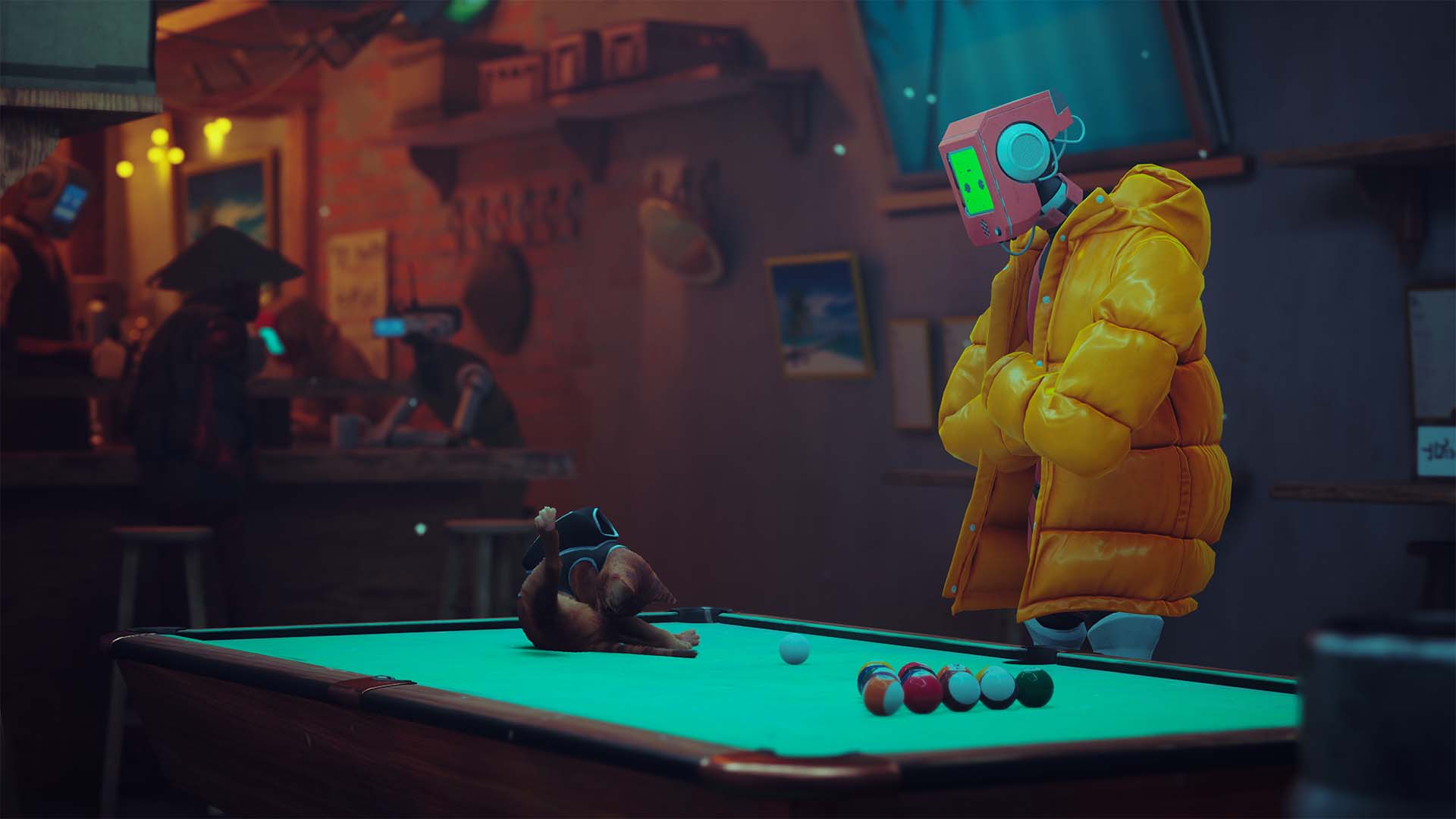 Rather than leap around like a Mario-style platform game, the platforming is contextual. If you can leap somewhere, it will have a button prompt. That said, it seems quite open to exploration. There are rudimentary puzzles that will put your cat powers to use, such as nudging a paint pot off a ledge to smash a window, and you can make your way around via lifts that are essentially weighted pully systems.

As the developer played for the room of media, the levels started out in a linear fashion, but quickly become more open. At some point on the journey our cat-protagonist acquires a little robot that helps us interact with the world and allows the cat to translate a robot language. B12, the robot, also has an inventory, so you can complete quests and such. Stray seems like it has a decent amount of verticality as well, with large areas that, despite the lack of “freeform” platforming, offer plenty of places to look and things to do. 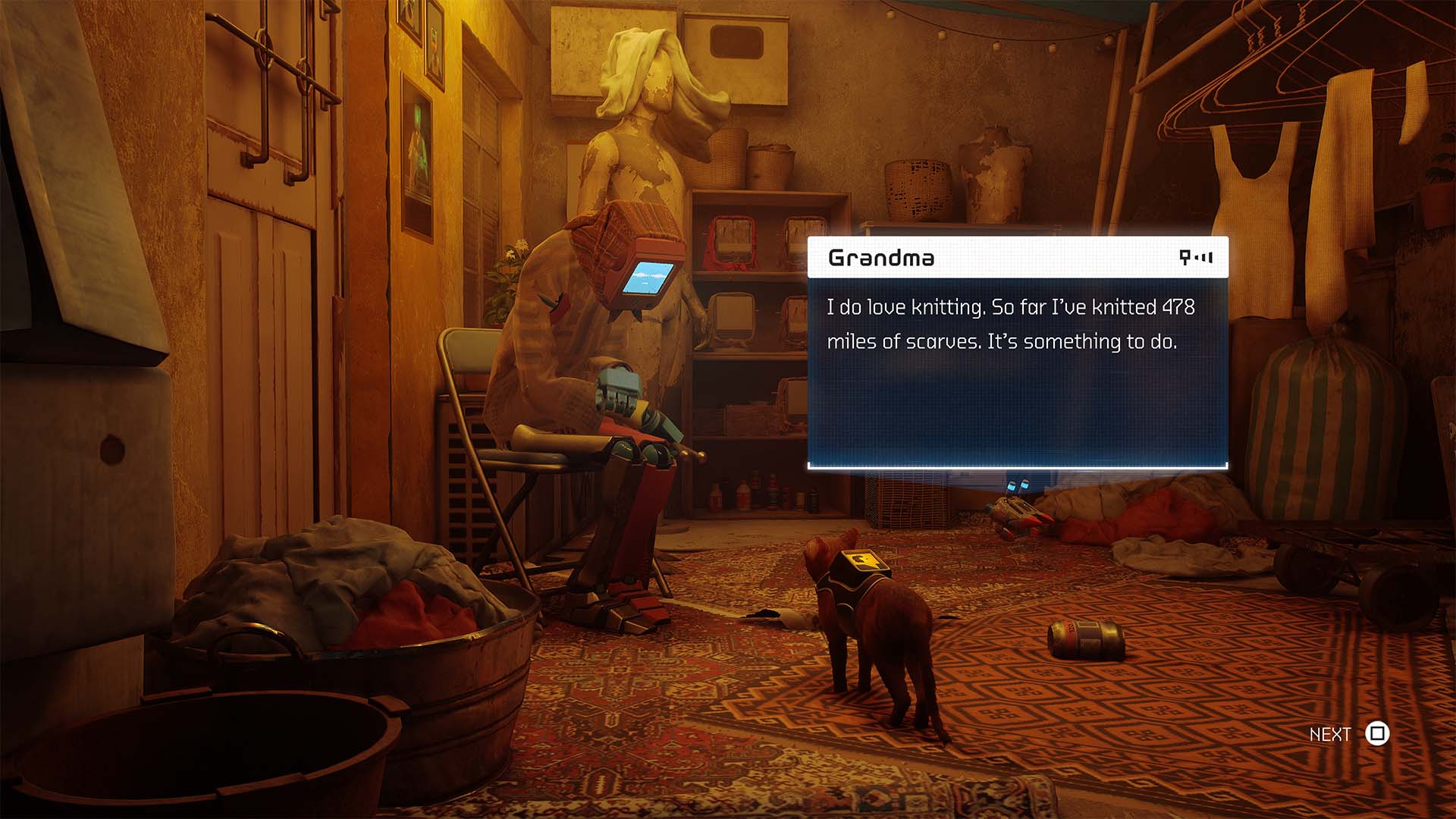 As a cat, of course, you can sleep and play with a tv remote control. It’s all very cute, and seeing the stray cat scratch away at the hind legs of a sofa (which we’re told makes use of the haptic feedback, though the speaker and adaptive triggers are also used) looks satisfying, if perhaps a little pointless at first. The world seems full of interactivity, and while that scratching may seem as though it’s just there to appeal to The Very Online, what if you could use it to get the attention of someone behind a door, or rip the curtains off a window to allow you to escape or offer a new route forward?

Everything about Stray and how the cat moves looks like it’s had an absurd amount of time spent on it. As the cat transitions from running to walking, it’s smooth. If you’ve owned a cat, you’ll know that cats move in a way unique to almost any other animal. It’s deliberate, almost calculated, and it all seems captured here in the way you’d hope for. 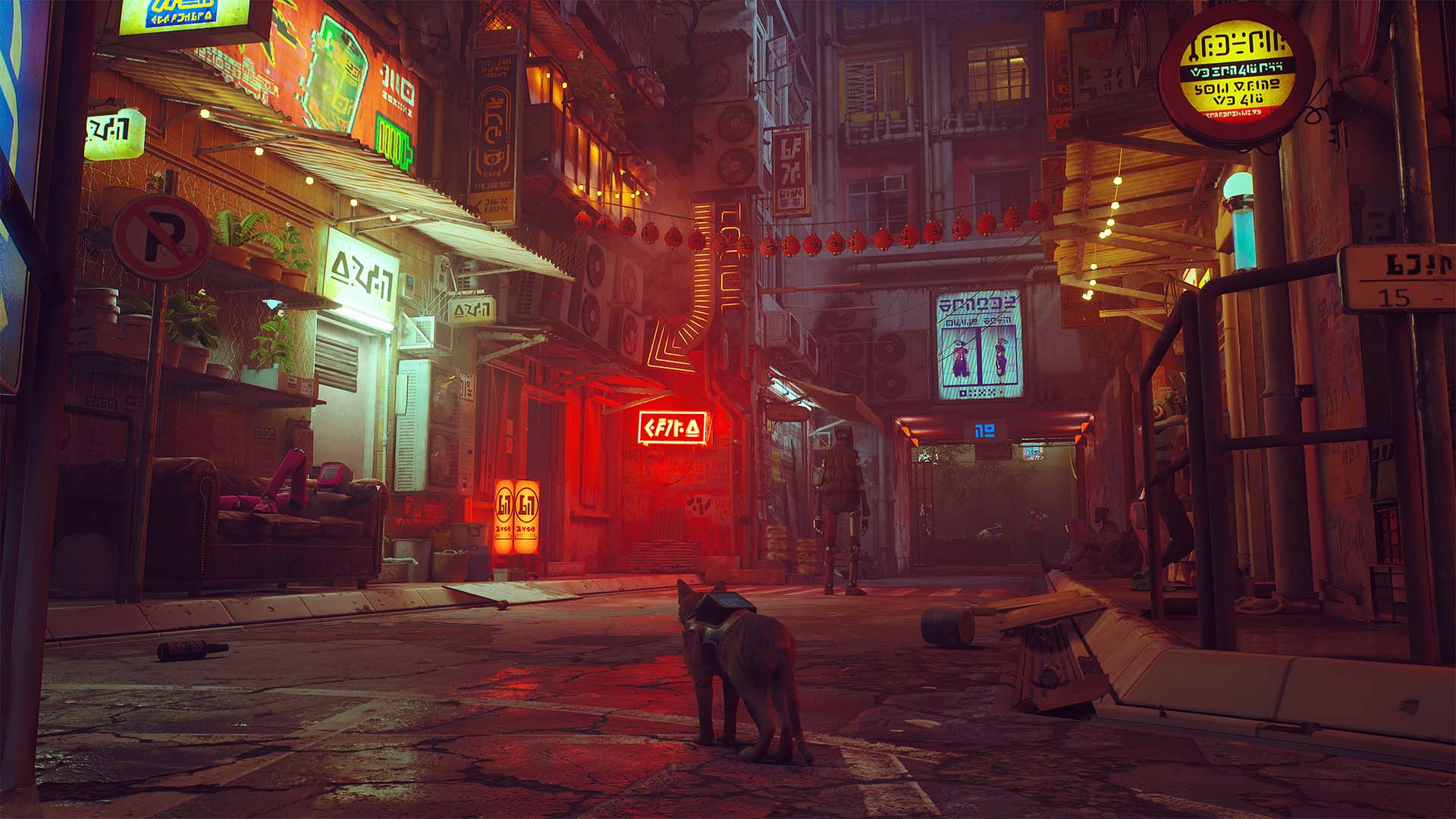 It’s also noteworthy how pretty Stray is. The dimly lit slums are perforated by string lights, and even the most dingy trash piles add to the world building, showcasing the fact whatever you’re up to as a cat, there’s a bigger picture for this world. You’re a small cat and there’s a stark contrast between the world of the cat, and that bigger world that also exists. There’s even a language created for the game that can be translated in the real world should you desire it.

Stray is an adventure game, the developer was keen to stress this, but it’s also an action game. But this isn’t some massive open world, with the developer explaining it’s a 7-10 hour experience. Seven years in the making, give or take, and it seems like it’s closer than ever. Truth be told, it was difficult to know what to expect from a game like this, but it seems cute, clever, interesting, and the kind of unique experience that reminds you why you love games to begin with. 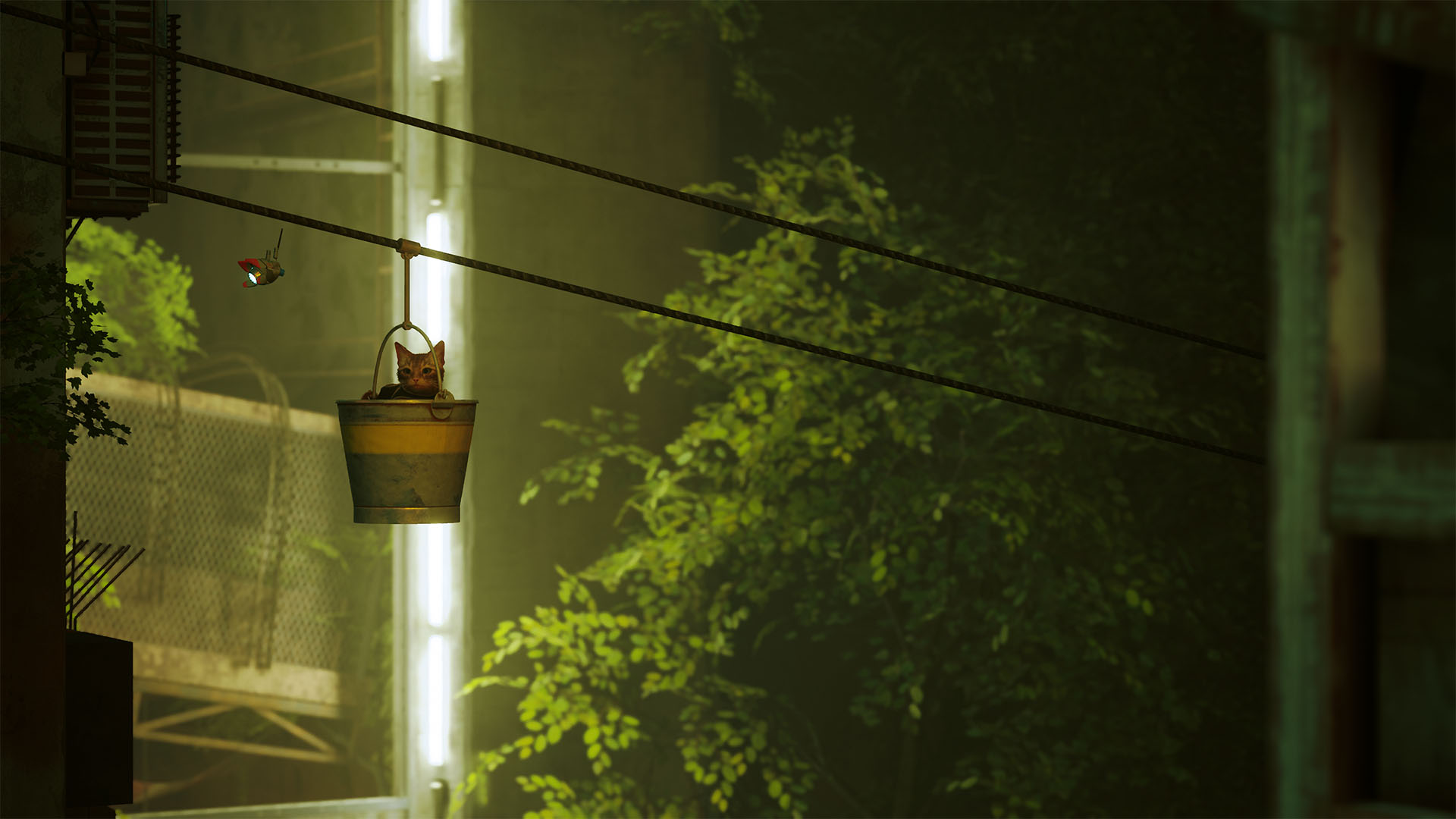 After seeing a good half an hour of Stray, while I now understand what it is, I have more questions than answers. As the developer was talking I spotted the robot on the back of the cat suddenly flash purple, and another time it was yellow. What was that about? Why are the robots okay with the cat roaming about? What is going on in this world? It was clear that the demo was designed to show the variety and not reveal anything too spoilery. There was an area seemingly blocked by robots who didn’t look friendly at all. What’s behind there?

There are chase sequences, side quests, peril and challenge, and honestly moments that made me think of It Takes Two, and frankly, that’s enough for me to be there day one — whenever that is. If nothing else, I desperately want to find out why one robot was wearing a puffer jacket.