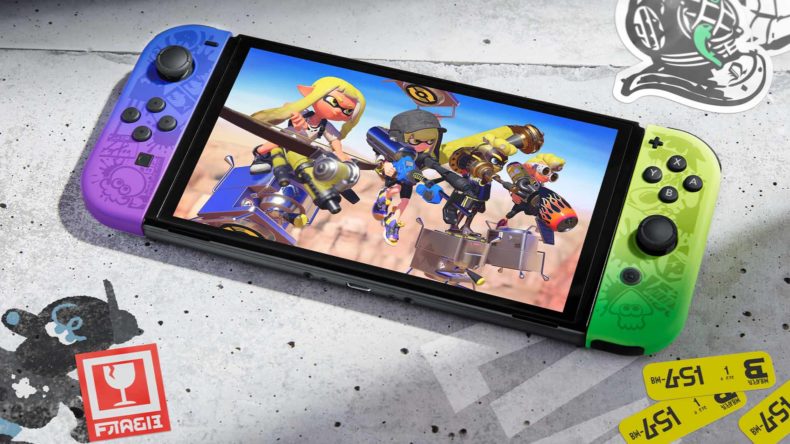 Nintendo has announced a new Nintendo Switch OLED model is coming on Friday, August 26th, and it’s a Splatoon 3 edition.

The OLED model is by far the best model Nintendo has produced, often giving off better visuals in handheld than you’ll see on your own massive home TV, and Splatoon 3 being released on September 9th means this is a perfect timing situation.

The new Nintendo Switch OLED model is inspired by the upcoming game which isn’t included in the package. Nintendo says it’s “adorned with splashy, squid-tastic images straight out of Splatsville. It includes a set of one blue and one yellow gradient Joy-Con controllers with white undersides, and a white, graffiti-themed Nintendo Switch dock”. You can see it in action in the video, below:

Available on the same day as Splatoon 3 (September 9th), there will be a Nintendo Switch Pro Controller Splatoon 3 Edition, featuring striking colours and images fit for Inklings and Octolings alike, and the Nintendo Switch Carrying Case (Splatoon 3 Edition) & Screen Protector. The company says that “Whether engaging in an online Turf War from home, or playing Story Mode on the go, these items will help ensure slinging ink in style”.