REACT-R Controller for Xbox available now in UK and Europe 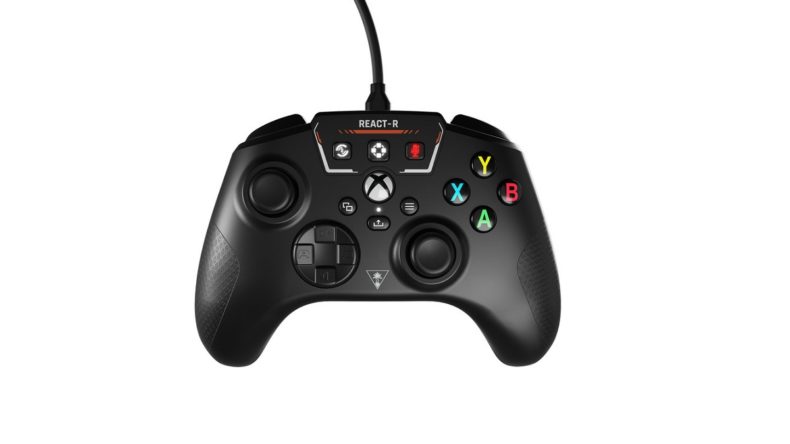 Turtle Beach has today revealed its brand new REACT-R Controller for Xbox which is now available at participating retailers in the UK and Europe. For those in the US, the controller can now be pre-ordered with an expected release date on August 17. Along with the new controller releasing today this side of the world, a new Arctic Camo colorway for the brand’s Designed for Xbox Recon Controller has been revealed, launching on August 10 in the UK and Europe, and August 24 in the US.

“The Recon Controller was a powerful first entry for Turtle Beach into the gamepad market. It received awards and strong praise the moment it was revealed, and the REACT-R Controller offers gamers many of the same core features for a very attractive price,” said Juergen Stark, Chairman and CEO, Turtle Beach Corporation. “The REACT-R and new Arctic Camo Recon Controller are the first of a handful of upcoming controller products we’re launching this year for console, PC, and mobile gamers.”

The REACT-R Controller has an RRP of £34.99/$39.99, offering players many of the same features as the successful Recon Controller. It provides controls for game and chat volume balance, and mic mute, giving gamers access to Turtle Beach’s exclusive ‘Superhuman Hearing’ sound setting. Players can receive an instant audio upgrade when plugging into Xbox or PC via the 3.5mm wire. The Superhuman Hearing audio setting has been shown to give players a competitive advantage by hearing key audio cues such as approaching enemy footsteps. With an ergonomic shape and textured grips, handles, and triggers, two mappable quick-action buttons on the back of the controller, and dual-rumble motors in the handles, it makes the REACT-R well worth the money.

For more information on the latest news from Turtle Beach, you can visit their website or keep your eyes peeled on God is a Geek.

Video games are cool. Don't let anybody tell you any different.
MORE LIKE THIS
Turtle BeachXbox