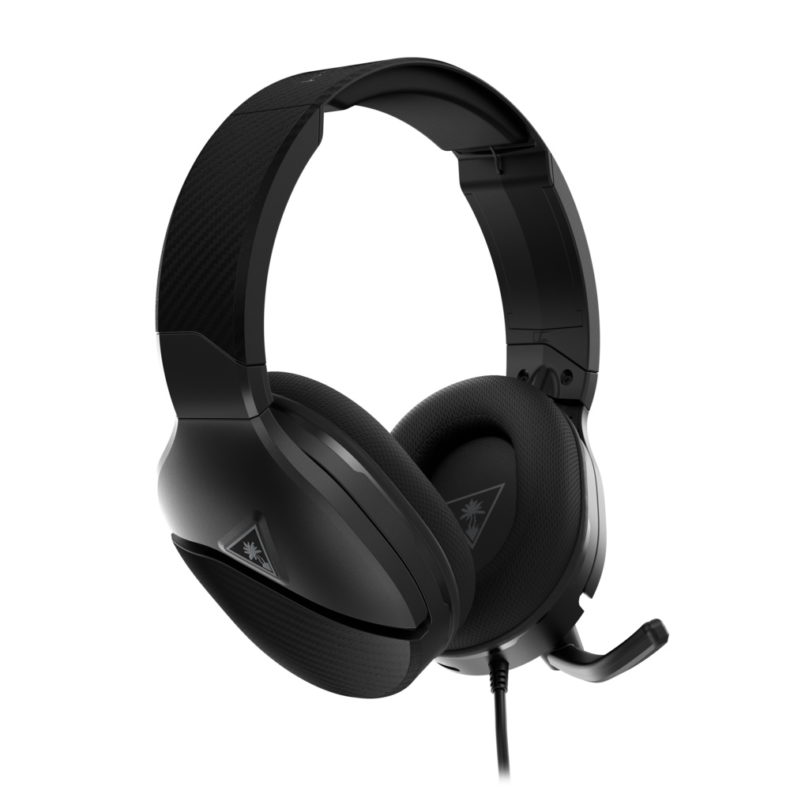 As an entry-level headset in the Turtle Beach range, the Recon 200 Gen 2 needs to provide a decent package without breaking the bank. And by and large, it does just that offering a headset that has plenty of the finishing touches you would expect from Turtle Beach, even if the limitations of this budget offering are also quite clear.

What you do get for your £49.99 RRP is a solid headset, with the build quality of the Turtle Beach name clear from the outset. Nothing feels flimsy, and it feels well put together. The headset is as you would expect out of the box too, coming with a USB-C charging cable, and is incredibly easy to plug in and use with your favourite gaming platform.

It boasts multiplatform functionality, having a power button that is in its central off position or slid upwards for PS4 and PS5 play, or slid down to play on the Xbox family of consoles. Xbox mode also doubles as PC and Switch too, which is also accounted for here. You can tweak the overall volume you hear as well as the microphone sensitivity to suit your preference. The latter at max is able to pick up seemingly every move or breath you make.

The audio through the Turtle Beach Recon 200 Gen 2 is pretty decent with the fast-paced battles in Tales of Arise or the raucous chants of the crowd in FIFA 22 all sounding satisfying in your ear. The built-in microphone, with the standard ability to mute in the up position – sounded good, with no noticeable issues or feedback from those I’d chat to mid-game.

A couple of compromises

In terms of comfort, this is perhaps where you’ll being to notice the entry-level aspect of the Turtle Beach Recon 200 Gen 2. The earcups are on the smaller side – standard for Turtle Beach – and this is normally not an issue. But coupled with less padding along the top of the headset, it did initially make the headset less comfortable. But to be honest, after longer periods of wear, this does become less noticeable.

The biggest drawback for some will be the wired aspect, meaning you’ll be jacking into controllers as you play. Plugging in the 3.5mm jack and playing though is still straightforward, even if the wire is shorter than others on the market. This only really becomes an issue when you need to plug the jack into your PC if your rig isn’t as close by, as things could become a little stretched.

You’ll also remember the USB-C cable, and that is to charge the headset, as it’s battery-powered. This is due to the always-on “bass-boost” which is noticeable when transferring between headsets without it but isn’t a function you can alter or control. The good thing is, despite being battery powered, the life between recharges is long, up to 12 hours of battery life, allowing for a few long gaming sessions before having to be plugged in.

As an entry price point into the headset market, the Turtle Beach Recon 200 Gen 2 is a solid choice. You get a decent headset that is comfortable, sounds great and gives you everything you need on a budget. You will have to settle for a wired connection, and charging the headset, but the long battery life makes this only a mild inconvenience in reality. It is the ideal choice for someone looking for a headset from a reputable brand that doesn’t break the bank.