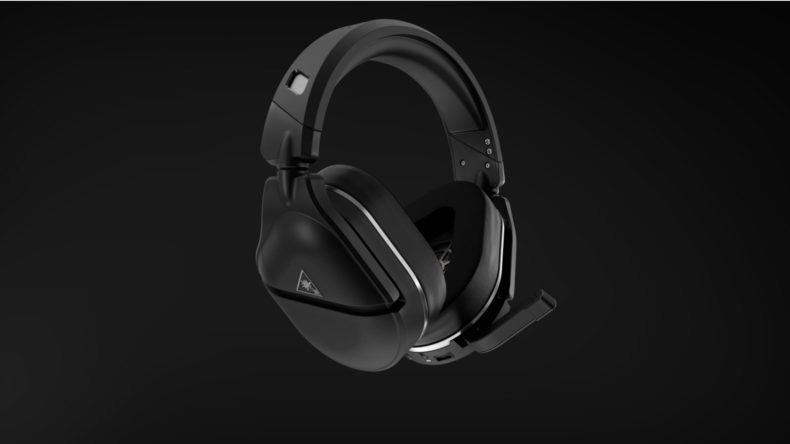 With a new generation of consoles comes an entire new round of accessories and peripherals, and, bizarrely, with the Xbox Series X|S and PlayStation 5 being so quiet, the need for a good pair of headphones is slightly lessened, because we can now hear the gaming audio over the aircraft carriers that is and was the eight generation of consoles. Look, that’s a half-truth, because many people use so many different gaming setups these days, and while some have a 55-65 inch 4K HDR OLED/QLED tv with a massive surround sound system, others will be using monitors at desks and be headset-bound, and frankly, audio on games is so good now, getting a decent pair of cans around your ears to showcase 7.1, Dolby Atmos, Windows Sonic, and all manner of audio output formats that are on offer these days.

The Turtle Beach Stealth 700 Gen 2 boasts multiple features like this, as well as superhuman hearing, mic monitoring, independent game chat and volume control, app-based audio customization, 20 hours of battery life, flip-to-mute mic, as well as two other features that caught my eye (or ear) above all the others: it’s completely wireless, and is glasses friendly.

Allow me for a moment to speak to my brethren: you know the pain of a headset that isn’t glasses friendly. You know the pressure that slowly builds around your temple that can eventually lead to a headache which, ultimately, cuts your session short. For those not aware of this glasses phenomena, it’s real and it’s very annoying, so a boast like “glasses friendly” is a major boon to anyone who has to wear them to, y’know, be able to see things. 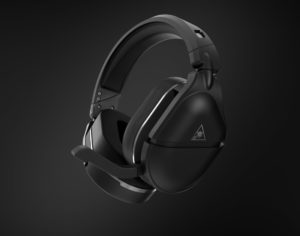 So let’s start there, because it’s an odd one. They actually are very glasses friendly, but not in the way I’d assumed they would be. The Stealth 700 Gen 2 is actually a fairly tight fit and it seems to be that way by design. Instead, there’s a tab that lets you create a channel in the actual ear cushions so you aren’t getting the pressure against your head. Obviously not all glasses are made the same, but I can report they are comfortable for lengthy sessions, so that’s a major plus in the positives column already.

Onto the wireless nature, then, and yes, this headset is entirely wireless. Being designed (but not exclusively so) for the new consoles, the model I tested is designed for Xbox Series X|S and pairs instantly in the same manner a controller does. You press the sync button on your Xbox, then the pairing button on the headset, and it’s done: that’s it. Being paired to the console in the same manner as a controller is another superb addition, really, and it means you aren’t restricted by any wires, nor any USB dongles that are easily lost.

Design wise, they are indeed a snug fit, but bizarrely I never felt them to be too oppressive around my head. The buttons are a little awkward due to them being black on a black frame, but like anything, once you’re used to it, things become second nature. The ear cushions fit around my average-to-large sized ears, and the roller-audio volume controls are easy to access as well. Being entirely wireless and pairing to an Xbox means you can control the Xbox audio via these rollers, and that means you can turn up a party chat and turn down the game audio without hitting any menus. It’s all there, wirelessly, and menu-free on your headset, and it’s another way this next-gen headset feels fresh and like it was made for the new tech.

Discreetly inside the left ear cup area is a microphone, which I found to be of adequate quality. It’s not going to be replacing your podcasting or live-streaming gear for capturing your voice (not even close) but it’s crisp and clear for gaming online or making phone calls, and it picks up the bass and treble well. Flipping the mic back up into its enclosure automatically mutes it, which is another nice touch that more and more manufacturers are adopting as standard practice, which is good to see. 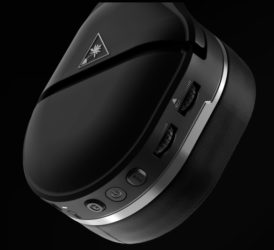 The overall audio quality produced by the Stealth 700 Gen 2 is excellent, and it’s capable of high volumes without distortion – if anything it runs slightly louder than the average headset. Basses are booming, and the treble is also well pronounced. There’s really nothing of note to complain about here, and you will hear the fabled “next-gen audio” of enemy footsteps surrounding you in a multiplayer game. It’s a buzzword, for sure, but it is audible; I just don’t know how much difference it will make to people’s gaming experience overall.

Superhuman Hearing is a mode that, essentially, boosts the highest of the high end, and cuts the low, meaning you’ll hear the subtler footsteps or opening of doors over and above the booming explosions. It’s probably designed for competitive gaming, but honestly, as a purist I like to hear the audio as intended. It’s a feature that most won’t use, but it is there if you want it.

Turtle Beach has an app called the Audio Hub, which is a fairly simplistic app that lets you control some parameters and the overall EQ. Pairing it to a phone, however, unlocks another bit of magic. You can essentially take a phone call while gaming, so you’ve got a dual purpose solution. Combine that with the fact the battery appears to last longer than the 20 hours advertised, and it really is a well made piece of kit. That said, I had some minor connectivity issues that at worst were only rather intermittent, with some audio dropping momentarily. A firmware update lessened this, but very occasionally it will still rear its head. It’s not enough to suggest avoiding the headset, and it only seemed to happen when using my Series X, with the Series S not provoking that same issue.

Chargeable via USB-C (hurrah) with only a few minor quibbles such as how they have no noise cancelling, and are fairly average when it comes to keeping noise out, but overall with such tremendous battery life, a decent price for the range, and next-gen features, the Turtle Beach Stealth 700 Gen 2 really is a superb bit of kit to add to your line-up. The only real downside is that one size does not fit all, and you won’t be able to use the Xbox version on your PlayStation 5, and vice versa, but hey, we can’t have everything, right?

Lets some outside noise in
A few pairing issues

With such tremendous battery life, a decent price for the range, and next-gen features, the Turtle Beach Stealth 700 Gen 2 really is a superb bit of kit to add to your line-up.