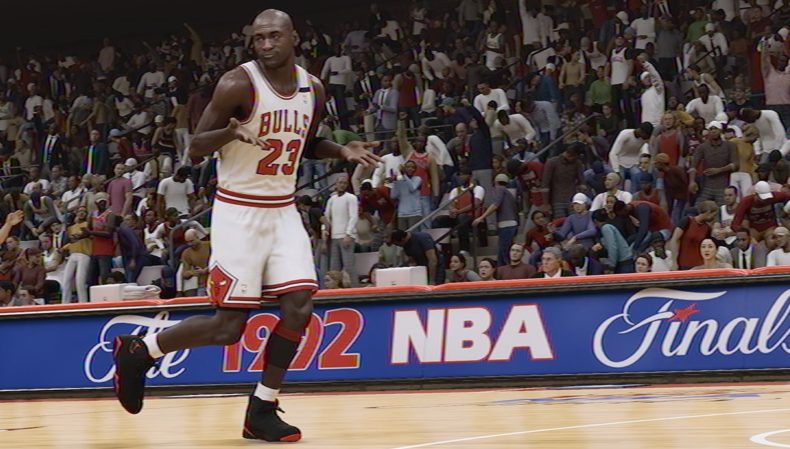 2K has today shared plenty of details for the NBA 2K23 Jordan Challenge mode, set to feature 15 iconic playable moments from Michael Jordan’s career. In the latest Courtside Report, 2K has revealed the in-game innovations and NBA moments that’ll allow players to relive the GOAT Michael Jordan’s legendary career, from his early days in the NCAA to the unforgettable NBA Finals in 1998.

“The Jordan Challenge is an immersive experience unlike anything NBA 2K fans have seen, completely rebuilding the challenges from 2K11 and adding five new moments,” said Erick Boenisch, VP of NBA Development at Visual Concepts. “Our team took everything into consideration when constructing this game mode; the arenas, the players, the uniforms, the broadcast, and the play style of the era have been accounted for in an effort to give fans a truly authentic and unique playable Jordan experience.”

For each NBA 2K23 Jordan Challenge, there’ll be a pre-game interview with a vital luminary who talks about what made every game special, including a stunning presentation package to recreate the television experience of that time, complete with an intricately designed video filter system to make it feel as though players are watching the original broadcasts from the 80s and 90s.

On top of the visual effects and presentation to stay faithful to the era, key gameplay changes have also been implemented to fit the times, such as a heavier focus on the post and mid-range game, and the reworking of the transition game for the 1980’s feel to include tighter transition lanes and more players cutting to the basket with a numbers advantage, as opposed to getting into position for a three-point opportunity.

There’ll also be more physicality on the floor and in the paint, with new signature style upgrades for legends like Magic Johnson and Larry Bird to feature all-new jump shot, layup, and dunk packages. Finally, hand-checking and hard-hitting body-ups will add to a different feel in one-on-one battles to accurately represent regulations from the 1990s era, like the Detroit Pistons “Bad Boys” and their famous “Jordan Rules.”

Video games are cool. Don't let anybody tell you any different.
MORE LIKE THIS
2kCourtside ReportMichael JordanNBA 2K23