previous
Townscaper VR announced by publisher Raw Fury
random
next
The Wreck is the new game from the dev behind Bury Me, My Love
0 comments 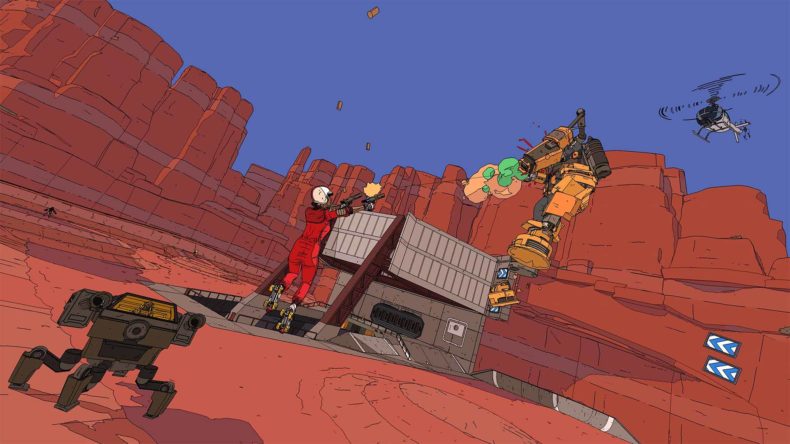 As with many big releases lately, the question that came to mind when playing Rollerdrome is “how will it run on Steam Deck”. And no, that’s not because we’re obsessed with playing PC games on the go on Valve’s latest hardware… honest!

In Chris White’s review he called Rollerdrome a game of the year contender, saying: “It’s a departure from OlliOlli, but it still shares that core attraction of replaying every stage until you’ve done everything you can before moving on to the next bit. People, I adore this game”.

While he played his review copy on PS5, I have been playing on Steam, which means I’ve been up to a lot or Rollerdrome Steam Deck playtime. There’s no question it looks better and more vibrant no the PS5, of course, but on Steam Deck Rollerdrome looks and runs great.

Any special features or tweaks?

I didn’t notice any frame drops just playing on the default setting, and the game was outputting a smooth 60fps frame-rate without any tweaking necessary. Moreover, one complaint you might have is that during the FPS sections where you can explore the world and the lore of the game, sometimes you can pick up things like newspapers and notes, causing the text to be small to read. Developer Roll7 has clearly thought of this, however, and reminds you early on in the game that you can zoom in using the Steam button + L1 to zoom in, then the right joystick to move around to the area you want to see magnified. It’s a lovely touch.

Meanwhile the default control scheme works flawlessly, and while the game itself isn’t Deck Verified as of yet, I’d be quite surprised if it wasn’t very quickly, given that, honestly, this is about as good a game as you could play on Deck to not feel as though you’re playing on lower-end hardware compared to the other versions of the game. That said, due to the magnification of text being, perhaps, a little required, it may end up in the “playable” category, rather than the fully “verified” one.