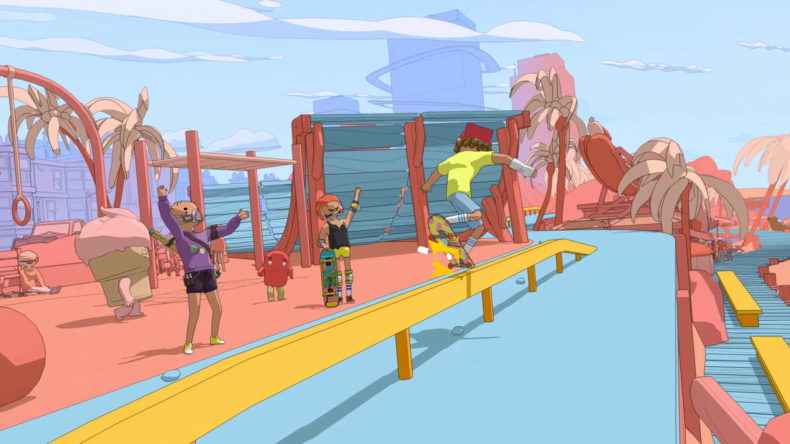 When studio acquisitions come around, often it’s Microsoft or Sony that you assume are doing the business, but this time it’s Private Division buying the OlliOlli World developer, Roll7.

This actually isn’t the first take the Take-Two publishing division has been involved with indie games. Previously, the company has published The Outer Worlds, Hades, Ancestors: The Humankind Odyssey, and more. In fact, Private Division bought up the company behind Kerbal Space Program as well, which has a sequel in the works.

Private Division was already involved in publishing OlliOlli World which, when I last checked, was still due out this year on all formats. It looks like a much larger than the previous game, and we’re big fans of the series overall.

Michael Worosz, Executive Vice President and Head of Private Division said this on the acquisition:

We’re thrilled to welcome Roll7 to the Private Division family. As a team passionate about action sports ourselves, seeing how Roll7 combines the thrill of competition with the zen of achieving flow-state in a videogame is remarkable, and we can’t wait to show the world this phenomenon with our release of OlliOlli World this winter.

Private Division has been an incredible publishing partner for OlliOlli World, and we’re elated to continue to grow as a studio as part of the label. Private Division has empowered our amazing team to raise the bar on our creativity and scope for OlliOlli World. Joining the label puts us in a great position to continue to grow and to set our sights on achieving our ambition to become a pre-eminent global videogames developer.

It’s interesting that the VP of Private Division says it’s coming “this Winter”, which could well mean it’s aiming for January next year, but fingers crossed we all get to play it soon, as it looks great.

The OlliOlli Series ramps up with stunning boxed collector’s Editions