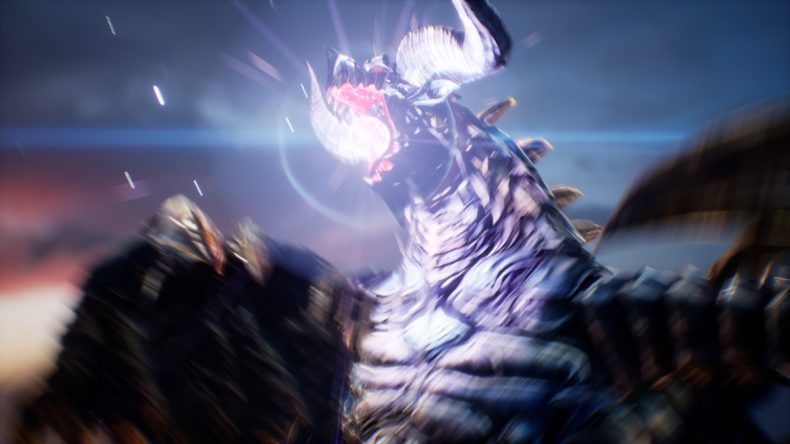 The battles in The DioField Chronicle can change in the blink of an eye. Throughout the demo, available to play to everyone right now, I engaged in countless fights where the ‘real-time tactical battle’ system consistently kept me on my toes, making me pay close attention to every decision I made, and that alone made me so excited to play the full release in September. I’d not been aware of Square Enix and Lacarse’s new strategy RPG, but it’s now firmly on my radar.

Taking place in Alletain where the continent sits on the brink of war, a band of mercenaries known as the Blue Foxes are tasked with defending the kingdom at all costs. The story is filled with political intrigue and depth, not unlike Game of Thrones, where conflict and war has affected everyone. There’s a sense of grandeur in every artistic cutscene that explains the different factions and characters before a mission begins, and even on the battlefield, some of the animations make it feel epic. George R.R. Martin would be proud.

The DioField Chronicle: An epic tale

The bulk of the game takes place on an isometric diorama with stunning visuals, where you play as a party of four characters that all have different skills. Each member of the Blue Foxes has a different class. Andrias is a soldier who can use his agility and speed to assassinate nearby enemies or leap into a fight and deliver efficient blows to multiple targets. Fredet is a cavalier who sits atop a horse to utilise a full frontal assault and added wallop in a battle. Iscarion is a sharpshooter who uses his bow from range to shower down arrows on his enemies, and Waltaquin is a magicker who can cast dangerous spells to kill those who oppose her, or heal members of the party. 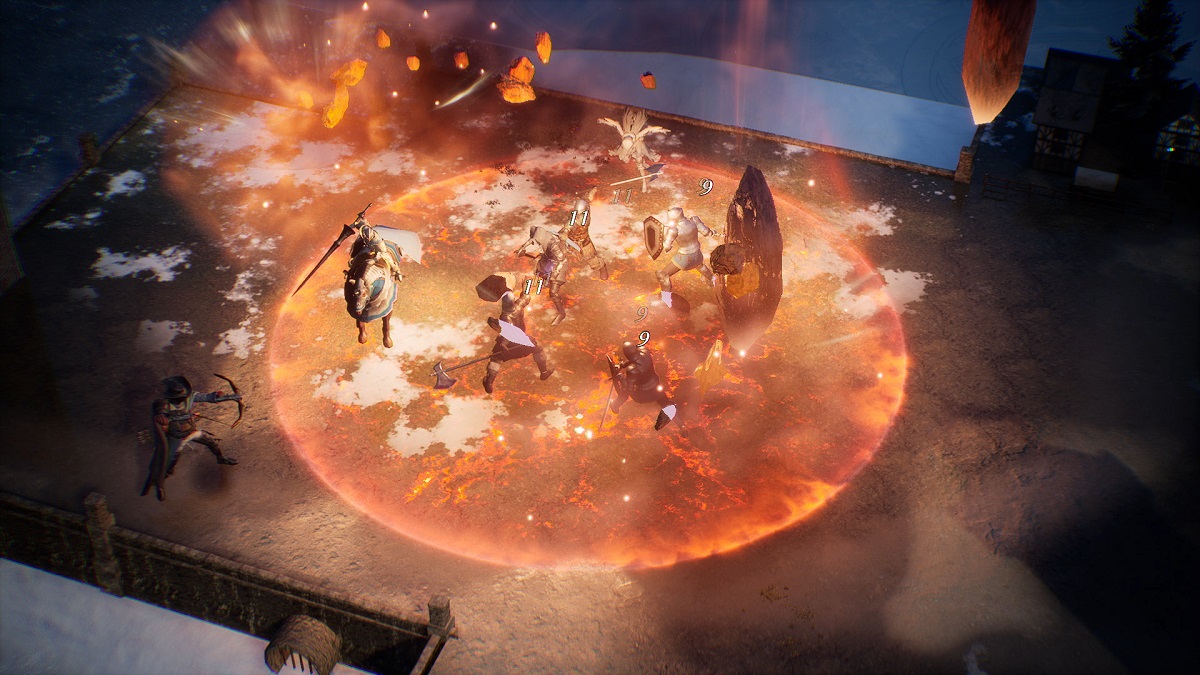 You’ll control every member of the party during missions, and can move all of them individually or as an entire unit. Sometimes, it might be necessary to ambush an enemy (which will do more damage if successful) with Iscarion from a distance, in turn distracting them so the rest of your party can surprise them. Other times, you might need to send everyone in a full-scale attack. Whatever strategy you go with, the battles are intense. Selecting the Blue Foxes to attack will let them use their weapons in a standard pattern, however, you can orchestrate specific skills to be unleashed.

Each member has different skills, and new ones can be added with skill points and fancier weapons bought from the shop with guld (the game’s currency). Each one of the skills drains EP, but this can be regained from Jade Fragments that are dropped by enemies or found scattered around the environment. Perhaps the coolest attack, or skill, comes from the Magilumic Orb. The TP gauge is filled by successfully defeated enemies and finding blue Jade Fragments, where three separate parts of the gauge can be filled, each level allowing a more powerful attack. In the demo, I was able to call upon a huge dragon-like beast known as Bahamut to come down from the skies and launch a huge burst of fire energy to do a serious amount of damage. 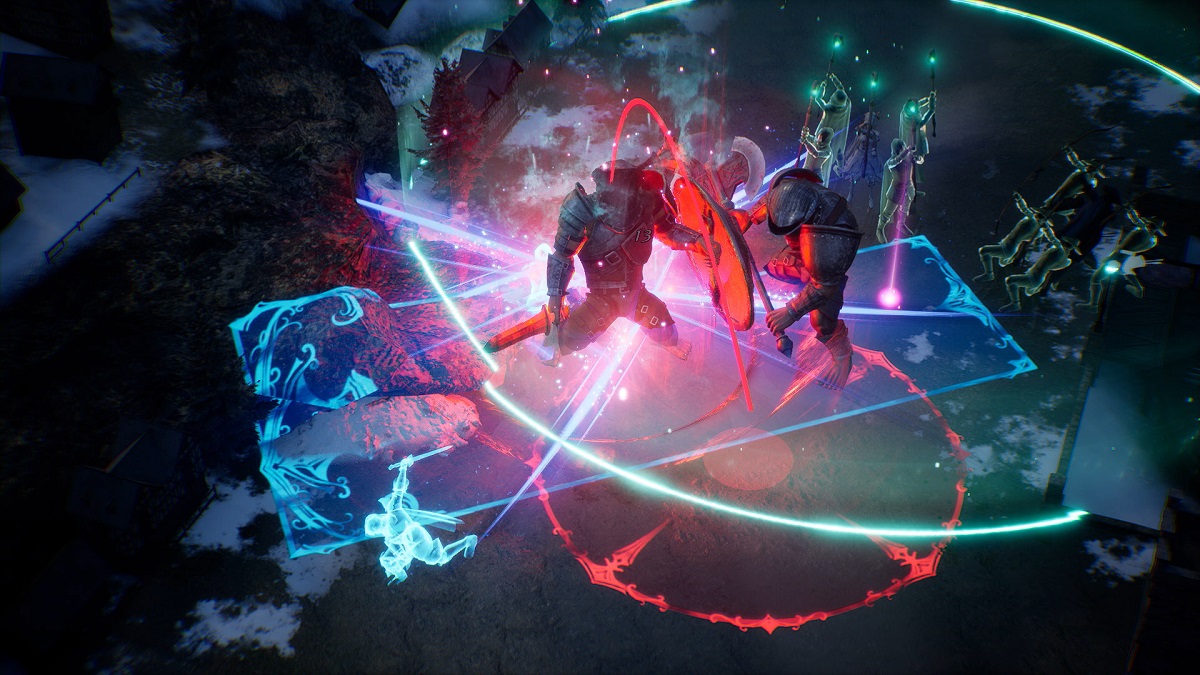 Along with the soldiers you have to face in The DioField Chronicle, there are also strange creatures as well as the undead. Although I didn’t get to see a ton of variation in the weird and wonderful fantasy elements, it certainly added to its appeal. There’s a wonderful blend of fantasy and medieval influences, where the stories of the Iron Throne and Westeros are a clear influence. The music is even written by the phenomenal Ramin Djawadi and Brandon Campbell from Game of Thrones, making it clear that Square Enix and Lacarse aren’t messing around.

The DioField Chronicle: Building the resistance

Outside of battles, the viewpoint in The DioField Chronicle switches to third-person back at base. Here, you can run around and speak to your friends, or other characters who are a part of the sprawling storyline. At HQ, you can replay previous battles to sweep up any treasures you may have missed, or try and complete the various bonus conditions that lead to more guld and rewards. Certain missions or objectives will allow you to improve your Mercenary Units, leading to added rewards and perks, and by unlocking Blue Fox Badges, you can upgrade your shop to be able to buy new weapons or armour, boost attributes, and more.

Based on the demo, The DioField Chronicle is a deep and satisfying SRPG. Battles are intense, constantly making you pay attention to every decision you make. You never know what’s coming, especially when you think you’re in the clear and two hulking bosses block the path to completing the mission. Enemies are tough, all with different abilities of their own, making every mission I played a genuine thrill. I’m a big fan of what’s to come, and I’d strongly advise you to try the demo. This has the potential to be on multiple GOTY lists come the end of the year, as long as the excitement and depth lasts throughout the entire game.

The DioField Chronicle is set for release on 22nd September 2022.

Video games are cool. Don't let anybody tell you any different.
MORE LIKE THIS
square enixThe DioField Chronicle