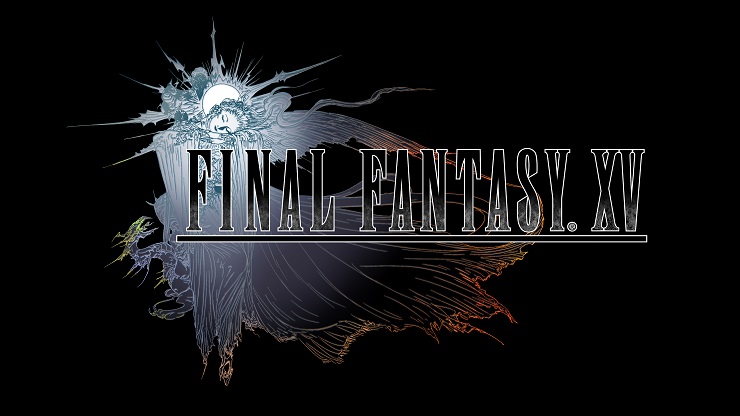 There’s so much to adore about Final Fantasy XV, from the glorious detail to the varied combat, but there are some irritating flaws that trip it up, making it look stupid at the front of the class. For a game filled with some genuinely fantastic moments and smart ideas, I was left stumped by significant pacing issues, baffling plot points that never make any sense, poor camera placement in battle, a tiringly linear third act, and a few other niggles that never should’ve seen the light of day. In spite of these issues, I had hours of enjoyment exploring Eos with my friends, and have plenty of stories to share about that time I tried to save the world.

You play as Prince Noctis, on your way to marry Lady Lunafreya, but after receiving word of the death of your father King Regis and Niflheim’s betrayal (all a part of the FFXV movie Kingsglaive), you must recover a magical crystal and destroy the scourge of Daemons that have taken residence in Eos. It’s not about the destination, though. Noctis is accompanied by his three best friends, and along the way, Gladiolus, Ignis and Prompto help as much as humanly possible to make sure peace is restored to Lucis as well as protecting the future king at all costs.

The relationship between the four friends builds the more you progress, and you start to see how much they all care for each other. Gladiolus is the tough loving big brother, Ignis is the intelligent and grounded one, whilst Prompto is playful, positive and carefree. They all play an important role in the story, and they all have a purpose. Travelling through the open world can take time, and as you drive around in the Regalia (your swanky black car) or on foot, they will all have little conversations with each other that feel natural, although occasionally you may hear the same one twice. All four of you have individual skills, like Ignis’ ability to learn recipes and cook meals for all of you to provide temporary attribute boosts. As Noctis, you get to fish at certain spots, and you can purchase different kinds of fishing wire and bait to lure a whole host of fish; Gladiolus is a born survivalist, and the better the skill, the more items you receive at the end of a boss fight. Finally, Prompto loves to take a photo (sometimes at the detriment of a peaceful journey) and he’ll take tons of photos throughout the game which can be great, but also feel a bit unnecessary.

The world you get to travel in is gorgeous, heavily detailed and full of versatility. Lestallum is busy, full of people conversing about all sorts of things while merchants sell herbs and spices on busy market stalls, whereas Altissia stands majestically among monuments and rivers reminiscent of Venice. Outside of the towns, you’ll find mountains, farms, petrol stations and garages, Chocobo farms, swanky riverside restaurants and hotels, and so much more. You’re never more than a few hundred yards away from a humongous beast either, and wandering through the open world can end up in a showdown with a freakishly large stag or toad, ready to get in a tussle with you.

Your faithful car, the Regalia, makes things easy for you, and for most of the game you’ll be able to drive around in it. Although you have a car to travel in, it’s on rails, meaning you can’t freely control it, and if Ignis is your designated driver, you’ll be sitting in the back seat waiting patiently as he takes you to your destination. I found it therapeutic at times, listening to one of the many Final Fantasy OSTs (which you can purchase at shops throughout the game), or doing a bit of online shopping for potions or other stuff as you kill time waiting to get to where you’re going. Some will wish they were in full control, but honestly, it’s quite a refreshing approach. The biggest problem Final Fantasy XV has is at around half way, the game begins to syphon you towards a very linear experience. You lose the Regalia, lose your ability to go where you want, and remain within the confines of the story’s parameters. At first, it’s not too much of an issue, but some of the later levels feel very constricting, managing to take away a lot of what made the game special in the first place. You’re also introduced to some horrible pacing issues without the freedom you had in the beginning; as a result of the linearity, the focus is on the game’s story, and there are many unexplained plot points, weird changes in character motives, some bizarre interactions (especially between Noctis and Gladiolus) that come out of nowhere, and a specific incident that seems to happen with no real explanation or address.

There are some really great fighting mechanics in Final Fantasy XV, with intense battles against bosses amongst some of the best I’ve ever had. Every mission has an ideal level you should be to undertake it, and as long as you’re around that, it’s unlikely you’ll struggle too much. That’s not too say some fights aren’t intense, though. My first major boss fight with a monster called Deadeye took in excess of an hour, and we fought into the early hours of the game’s day/night cycle.

Your basic moves are striking and dodging. One button strikes with your chosen weapon, and the other allows you to dodge an enemy’s attack. Pressing dodge at the right time opens up a chance to parry, and can render enemies vulnerable to a flurry of attacks. You can also use warp to attack, and pressing it teleports you right next to an enemy and lets you strike them hard. The further away you are means the more damage you do, and you can even use the warp to teleport above an enemy and hit them from behind, blindsiding them and doing more damage. Technique moves lets you use a friend to double team someone, providing a fancy animation and some extra damage, and after building up a succession of damage allows you to unleash armiger: a frantic barrage of strikes. Combat is great, but the camera angles can really let it down; when you’re in one of the game’s many dungeons, the camera can disappear behind a wall, and you’ll have no idea where you or your friends are. It happens out in the open too, and the randomness of how they act can provides a huge disadvantage to you. It’s a real shame as there has clearly been a lot of work put into making fights look and feel natural.

Final Fantasy XV is a rich RPG that allows you to upgrade the abilities of Noctis and his friends, along with letting you buy new weapons and outfits, much like modern western open world games. Despite its new design, the game still manages to maintain a lot of what makes the series so special; the characters are interesting, the story is deep and features some interesting moments, and that’s what the series needs. FFXV needed to reinvigorate the franchise and simultaneously stay true to its roots, and it has done that.

It’d be wrong of me not to mention the coolest element of the game, and how it left my jaw on the floor; summons are just stunning – mind-blowing even. Noctis learns to have the power of the Gods on his side, and when you call upon them for the first time, it provides one of the greatest moments of the year.

Even though the game has its issues, there is a great world waiting to be explored. The way you and your friends grow together is wonderful, and heading into battle with them adds weight to the whole campaign. It’s a grand spectacle set in a beautifully designed world, let down by the claustrophobically linear sections of the later chapters, but there’s still plenty to love about Final Fantasy XV.

The world is gorgeous, the characters are well written, and there are some grand moments throughout, but there are some significant issues with pacing and linearity.