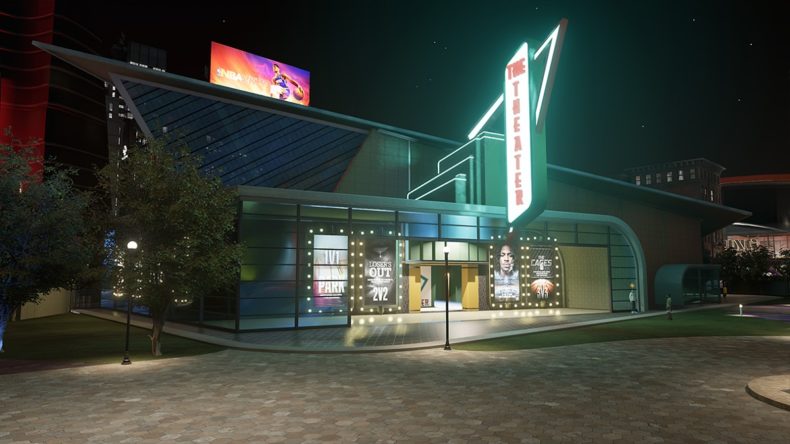 2K has today revealed a host of new features for its NBA 2K23 ‘The City’ mode, including fast travel stations, new locations, and more. Detailed in the newest Courtside Report, 2K has added tons of features to the City in an effort to make it more accessible, listening to player feedback as well as throwing in some cool new features for when NBA 2K23 releases on PS5 and Xbox Series X|S.

“The City is an incredibly authentic way for players to experience basketball culture. Tying MyCAREER closely with the City lets players truly live out their career in a unique way on their journey to legendary status on and off the court,” said Erick Boenisch, VP of NBA Development at 2K and Visual Concepts. “Community feedback has been key in the new innovations we’ve added and we look forward to players experiencing everything we’ve brought to NBA 2K23 this year.”

While The City will be slightly smaller than it was in last year’s entry, it’ll provide a better experience, with fast travel stations added so players can quickly get around. The boroughs have been revamped and relocated, with thematic locations that touch upon the true essence of each one. 2K has also revealed that Seasons are returning with a fresh set of rewards every six weeks.

There’re also some new locations in the City. The Block is at the literal heart of the city, allowing players to find all of the content in one place. As for The Theater, it replaces the warehouse buildings and serves as a hub to play instant matchmaking games. Every Friday will see four-event playlists swap out for four new ones, too. J. Cole’s Dreamville Studio will be a place for those who’ve befriended the rapper during MyCAREER in their quest to win over the City.

The Arena allows players to play MyCAREER games there with a sprawling plaza outside. In an effort to build the pre-game atmosphere, players will be able show off their looks to the media, as well as answer their questions following a game and complete any outstanding quests. Finally, the Event Center has had a design overhaul, and the Jordan Challenge Building gives players the option to quickly jump into the brand-new game mode featuring the legend himself.

Video games are cool. Don't let anybody tell you any different.
MORE LIKE THIS
2kCourtside ReportNBA 2K23