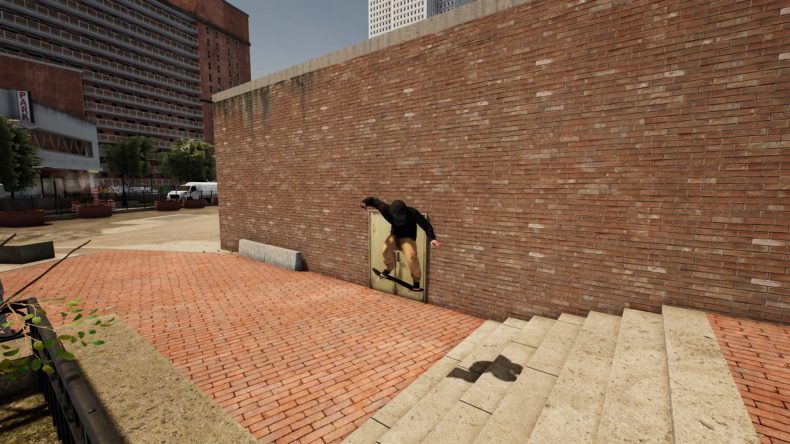 Session: Skate Sim is out now for all consoles, and two of the most basic moves are the Backside 180 and Frontside 180. They are both moves you’ll need to master early on with the manual being another fundamental of skateboarding. We’ve put together a short guide on how to perform them, along with the best places to practice it before you start diving deeper into the game.

With practising most tricks in Session: Skate Sim, it’s important to find the space to do so, as well as a decent enough spot where a short stairway is present. Make sure you have a good distance before reaching the foot of the stairs, as it will allow you to build up speed before jumping.

After picking up speed before the jump, ollie into the air, and once airborne, tap the right trigger gently to turn 180 degrees in the air to perform a backside 180. Alternatively, repeat the first steps, but to perform a frontside 180, tap the left trigger to do a frontside 180. It might take a bit of practice to get the pressure on the triggers right. Pressing too hard will cause your skater to do a 360 instead, so make sure you practice before jumping down the stairs.

One of our tips in the beginner’s guide is turning on the Trick Display as this will show you if you’re successful. One of the earlier missions requires you to pull off both a backside 180 and frontside 180 in Session: Skate Sim, so having this on will guarantee you’ll know what you’re looking for when pulling off both tricks.

Video games are cool. Don't let anybody tell you any different.
MORE LIKE THIS
GuideSession: Skate Sim